Sports > Other > High School Sprinter Loses Race, Does The Worm 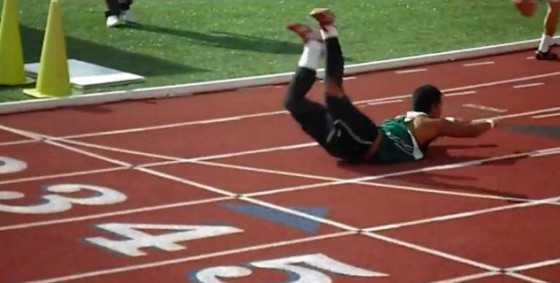 I wasn’t aware track and field athletes engaged in post-race celebrations, but apparently they do at a high school in Hawaii. Hey, if you’re gonna fall on your face while finishing outside the top 5 you might as well do “The Worm” to help shield the embarrassment.

I love how the kid lifts his arm in victory, despite having just gotten his ass kicked. Screw winning, this dude is all about showmanship. Who needs speed and athleticism when you can bust out an impromptu Worm? If that school has a sports mascot, they’d be well-served giving ol’ caterpillar the gig.