Sports > Other > Hines the Rookie 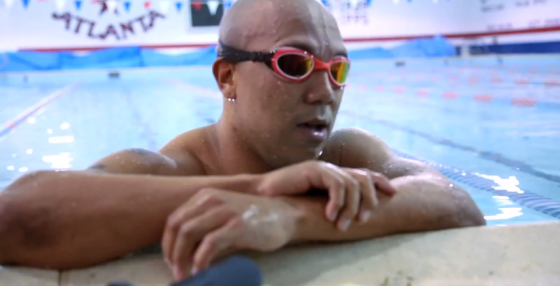 A few weeks back we shared the news that Hines Ward would be competing in an Ironman Triathlon. His training has commenced, and Hines finds himself in a position that he hasn’t experienced in awhile; he’s a rookie. This is the first episode in his journey to become an Ironman:

This debut episode of the BECOME ONE documentary series dives deep into Hines Ward’s initial triathlon training session with legendary athlete and eight-time IRONMAN World Champion Paula Newby-Fraser, who tested Ward’s mettle with an exhausting day of swimming, biking and running. Ward must grapple with the complexities of learning three new athletic disciplines all at once as he takes the first steps on his journey to become an IRONMAN in Kona in October. From sifting through piles of unrecognizable gear to struggling to stay afloat during a tiring pool workout, BECOME ONE takes you behind the scenes as Ward tackles an all-new set of challenges — and finds a way to push through. It’s a “first day on the job” like no other.