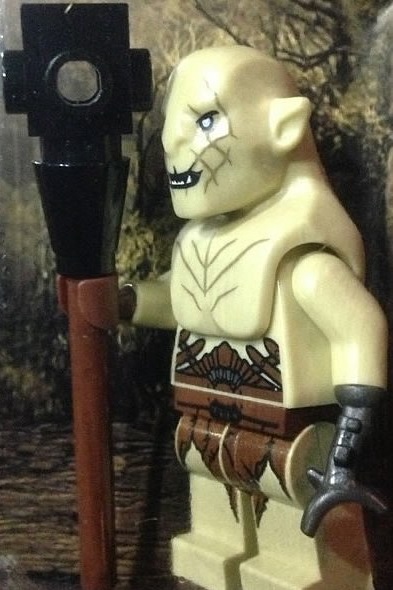 I’m worth more than your TV.

There’s rarely a dull moment at San Diego Comic-Con, where the festivities wrapped up last week. Aside hanging out at the panels and seeing celebrities, the event provides an opportunity to acquire collectibles made exclusively for the event. This year, one of those collectibles was a virtual winning lottery ticket.

Very lucky folks got their hands on an Azog the Defiler Hobbit LEGO minifigure. Rumor has it only 100 were made and handed out at random.

So what is it worth? Several on eBay are already fetching more than $1000, with one climbing well above $1300 as of this writing (with free shipping – what a bargain).

Exclusives aren’t new to Comic-Con, and there are no shortage of items that skyrocket in value just because not everyone can make it to San Diego to get their hands on the limited supply. However, it’s always a head-scratcher when a single LEGO minifigure – one that could have easily been expected for mass production in the LEGO Hobbit sets – is limited to only 100, guaranteed to make the owners some quick, easy money.

What else was available? A micro-scale Bag-End, which won’t be fetching thousands.

And to think, this fella was barely mentioned in the books. 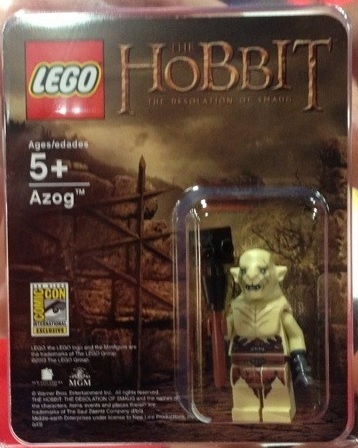 Still in its original packaging, meaning one day it’ll be worth millions.