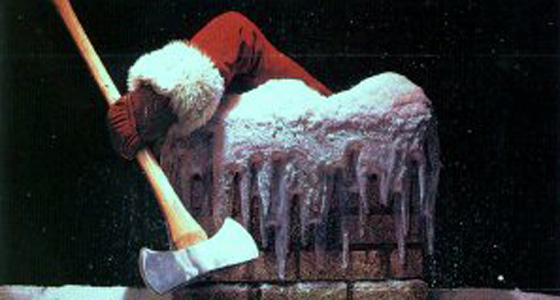 Christmas and horror movies. At first glance, you don’t think the two have much in common. But when you really think about it, you realize there’s nothing scarier than the holiday season. Dodging hugs and kisses from elderly aunts is like trying to avoid brain sucking zombies. Relatives who’ve had too much to drink are like vampires with their undying thirst. Even though we want to get away, we’ve been weighed down by countless holiday meals. All of this is set against the backdrop of the screams of the  children who are off from school for two weeks. Really, it makes you wonder why more horror movies aren’t based on Christmas. But if the holidays aren’t scary enough for you, you can check out some of the Christmas themed horror flicks featured in the gallery below.