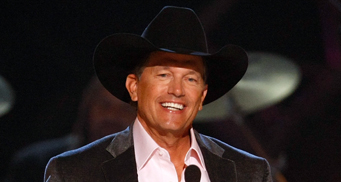 Hollywood, in its continual crusade to reveal it has absolutely no ideas left, is producing a sequel to the George Strait movie “Pure Country”. And it’s being cowritten by Dean Cain, who you might remember from such TV shows as “Lois and Clark: You Will Believe Superman Can Suck”.  Just to add to the weirdness.

OK, no really, Cain’s dad, Chris, directed the original “Pure Country”, which was a movie about a country singer discovering fame, riches and groupies mean nothing without anything resembling a good woman or actual personal life.  You know, the kind of movie successful Hollywood people write about themselves after they’ve alienated their children, parents, lovers, and employees, and then produce as an embarrassing vanity project that we all try to forget about.

Needless to say, the sequel will have absolutely nothing whatsoever to do with the original, being as it’s actually a movie about a girl blessed with a singing voice by angels.  Yes, as in the dudes with wings and blond hair, those angels.  Then they take her voice away because she breaks some of their rules.

So basically it’s an uplifting movie about dangling fame and fortune in front of an impressionable teenager and then brutally and arbitrarily yanking it away.  Wait, who do we know like that?