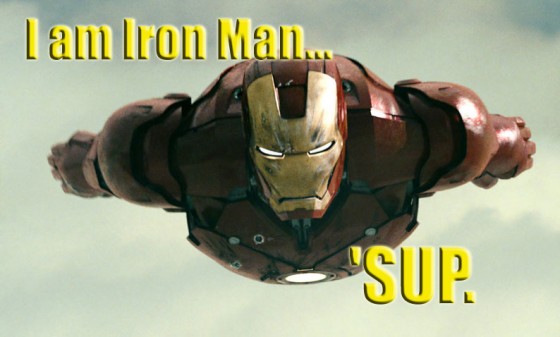 Ladies and gentlemen, prepare to hang onto your ballsack. But not too tightly, because it could chafe, and that’s just altogether unpleasant. And Jesus ladies, what the hell are you doing with a ballsack!?

Anyway, that’s neither here nor there. If you’re like me, you loved Iron Man. You thought Jon Favreau and Robert Downey, Jr. did a fantastic job of taking the story of an alcoholic billionaire playboy and making it fun. Because nothing says fun action packed popcorn movie like cirrhosis of the liver!

Anyway, one of the most hotly anticipated films of 2010 is the sequel, the cleverly titled Iron Man 2. The trailer pretty much melted our faces with awesomeness, and we’ve all been debating exactly which friend or distant relative we’d gladly sacrifice to get an early look.

Well your great uncle Chet can breathe a sigh of relief, because a (very) rough cut of the film has leaked online! God knows how long it’s going to be up, though, so you should probably hurry up and check it out HERE while you still can. I’ve already watched it, and while it’s pretty clear there’s still a little work to be done, it’s every bit as mindnumbingly awesome as you might expect.

Chances are it’s going to be down within hours, so move your ass.

Well? What the hell are you waiting for? Stop reading and go, go, GO! 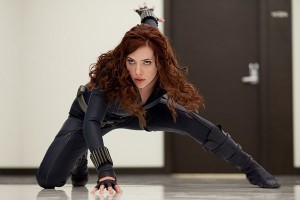 This is another good reason to watch.