Media > Movies > A Tribute to Homer Stokes of Oh Brother, Where Art Thou?

A Tribute to Homer Stokes of Oh Brother, Where Art Thou? 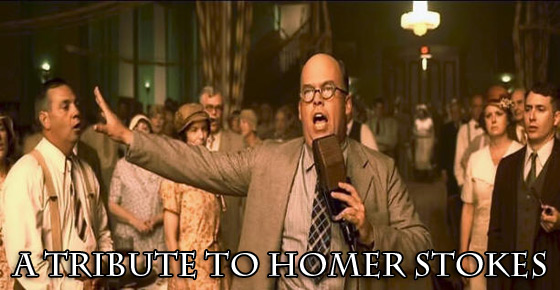 One of the most underrated villains in cinema is Homer Stokes, the reform candidate for Governor of Mississippi and KKK Grand Wizard in the classic Coen brothers film, Oh Brother, Where Art Thou?

The part is played by actor Wayne Duvall, a man I’m proud to say is from my hometown of Silver Spring, Maryland, and a graduate of my alma matter, the University of Maryland (U-Md. doesn’t even brag about this on its list of famous alumni). Considering how well he played the part, one would think he was actually from Mississippi. He’s also a cousin of actor Robert Duvall.

Unfortunately, there isn’t much about Homer Stokes on the web — not even collectibles — but we can still take some time to appreciate who he is. 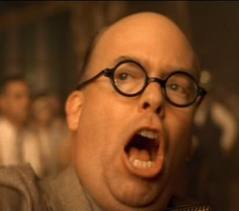 Homer Stokes: “This band of miscreants, this very evening, interfered with a lynch mob in the performance of its duty.”

Homer Stokes: “See, I belong to a certain secret society. I don’t believe I gotta mention its name, you know?”

Homer Stokes: “And so, we gonna hang us a negro!”

Homer Stokes: [as Grand Kleagle at a KKK rally] “Brothers! Oh, brothers! We have all gathered here, to preserve our hallowed culture and heritage! We aim to pull evil up by the root, before it chokes out the flower of our culture and heritage! And our women, let’s not forget those ladies, y’all. Looking to us for protection! From darkies, from Jews, from papists, and from all those smart-ass folks say we come descended from monkeys!”

Homer Stokes: “It’s gonna be back to the flour mill, Pappy!”

Homer Stokes: “I suspect some miscegenation in their heritage. How else you going to explain it? Using a confederate flag as a missile.”

Homer Stokes: “Is you is, or is you ain’t, my constituency?”

O Brother, Where Art Thou? DVD 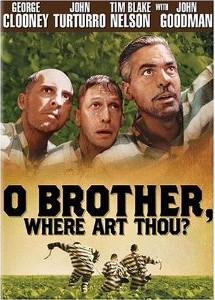 Seriously, this hasn’t been released on Blu-ray yet?

O Brother, Where Art Thou? Soundtrack 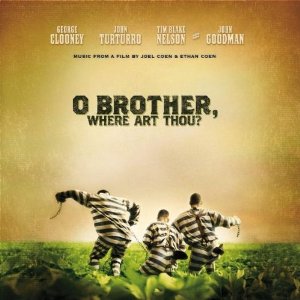 The soundtrack is so good that even folks who have never bought a blue grass album in their life will enjoy it (aka me.)