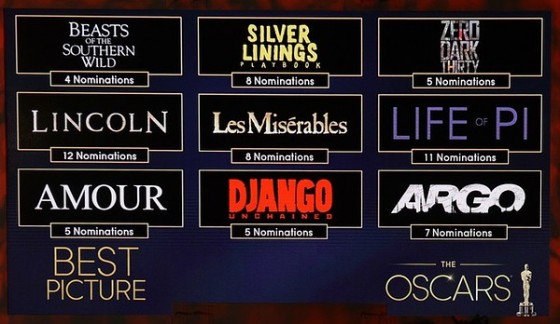 Hollywood’s annual please pay attention to me swinger party known as the Academy Awards takes place this Sunday night. The pomp, the pageantry, the anti-Semitic humor! Ah yes, it will all be on stage for us normal folk to envy and loathe. And like those highfalutin film critics who never saw a tedious biopic about a famous American statesman they didn’t want to make passionate love to, I have seen all nine of this year’s Best Picture nominees.

Rather than bore you with what title I think will win (who gives a F, really), or annoyingly opine about which films were egregiously omitted (ahem, Magic Mike), I’m going to instead offer an honest assessment of all the movies’ weaknesses and strengths. None of the nine particularly blew me away, but some were definitely more tolerable than others, even though it was a relatively underwhelming group as a whole. Let’s get to it.

Up until the blatantly silly A-Team-esque ending, Ben Affleck’s third directing effort was a reasonably suspenseful spy caper based on true events. And like Gone Baby Gone and The Town, this movie just missed the mark of being totally badass. If Affleck stops falling asleep at the wheel in the third act, he’ll enter an elite category of filmmakers. Was Argo worthy of a nod? Sure. That said, the praise being heaped upon it, and the fact that it’s a favorite to take home gold, strikes me as misguided. 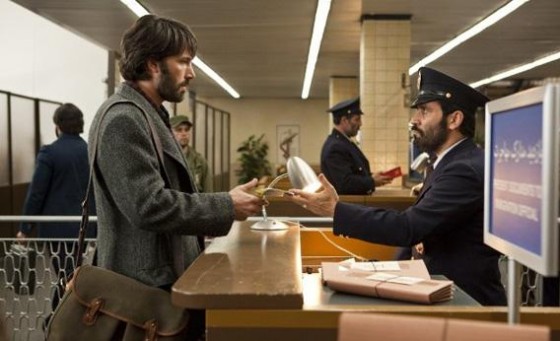 The moral of this maudlin entry: don’t grow old. EVER. Geesh, this is a depressing exercise in emotional torture. Director Michael Haneke pulls zero punches in this exquisitely acted depiction of the last grips of life. Watching Emmanuelle Riva’s Anne slowly deteriorate over two hours will punish your soul and lend credence to the notion that dying “before your time” would be a much more comforting demise. I appreciate the dedication and skill employed both in front of and behind the camera, but recommending Amour to an eternal optimist or anyone over 70 would be cruel and unusual punishment. 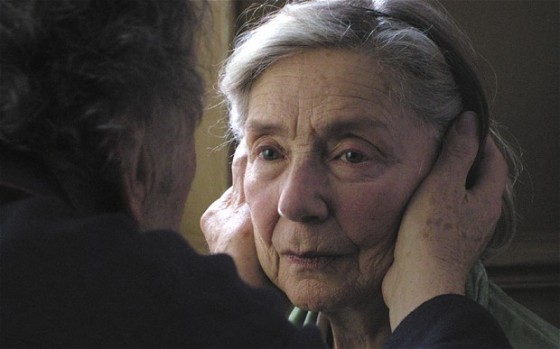 Beasts of the Southern Wild

Film school nerds and critics fascinated by beautiful looking tales of the disenfranchised overcoming (seemingly) immense obstacles dropped in their path by big bad modern society and all its inherent evils are stroking obsequious indie boners over Beasts of the Southern Wild. I found it to be a trite been there, done that meditation that meanders between gritty and whimsical without ever reaching any meaningful or lasting heights. It’s basically a postgraduate thesis without the in-depth analysis. Young Quvenzhané Wallis is fantastic in the lead role, but her performance alone can’t salvage an otherwise romanticized portrait of life lived on the fringe. 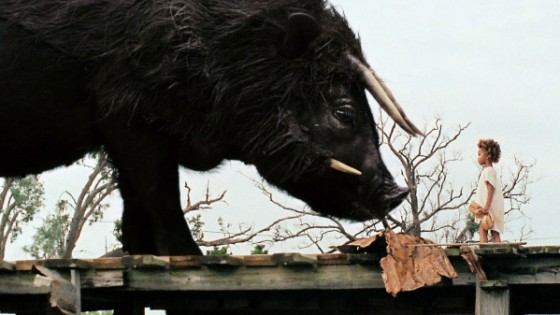 Like most of Quentin Tarantino’s work, Django tosses about seven or eight pounds into a five-pound sack, but it does so in a rousing and often brutal fashion. I appreciated the epic scope of Kill Bill, and the brash revisionist history of Inglourious Basterds, but neither delivered the dizzying knockout punch to the solar plexus that Django does. It’s sickeningly hyper-violent, morbidly hilarious, and adroitly executed. In other words, it’s pure Tarantino, for better and worse. Of the nine films up for the prize, this was my favorite. Which means it has no shot of winning. Rats! 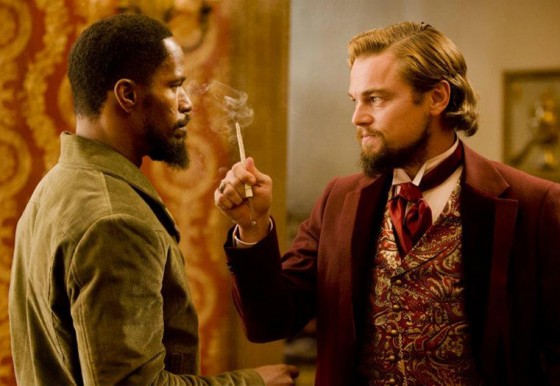 Sorry folks, but musicals, no matter how impressively filmed, make me reach for the grain alcohol every time I begrudgingly sit down to watch them. Every time Hugh Jackman or Anne Hathaway belted out a tune, haunting memories of Cop Rock sent a cringe-inducing chill down my spine. However, Tom Hooper directs with an edgy panache, so much so that I feel safe in surmising that Victor Hugo’s classic pages never looked or sounded as good on either screen or stage. Don’t get me wrong, I still despised the movie, but at least it was less aggravating than Chicago. 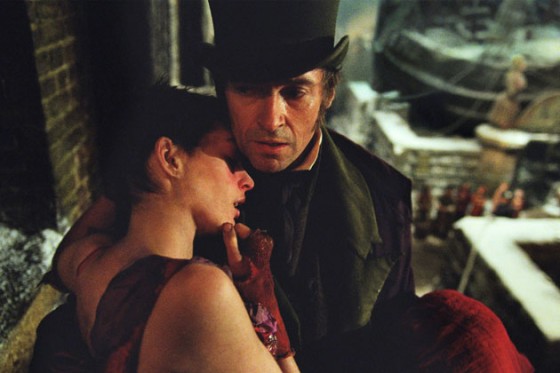 Oh how I long for the days when little Stevie Spielberg was living out his childhood dreams and nightmares in the form of vicious man-eating sharks, fedora-wearing globetrotting archaeologists, and long-necked stubby aliens. At least then I could safely disappear into the fantasy creation and be awed by its charms and terrors. The elder Spielberg has resorted to Ken Burns tactics as of late, and while the results are to be respected from a technical perspective, they have all the warmth of a frozen sock. I fell asleep during Lincoln and that rarely happens to me at the movies. Daniel Day-Lewis is amazing, but that’s no great shock. As for the story itself? ZZZZZZZZZZZZZZZZZZZ… 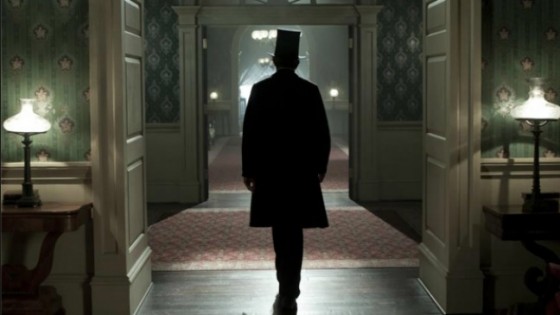 Ang Lee movies are like eating potato chips. I can comfortably polish off a bag in no time flat and feel happy while doing so. But afterwards, I feel a bit empty and more than a little guilty. I enjoyed Life of Pi, although I can’t really pinpoint why it resonated with me. It’s easily the most photographically captivating of the nominees and is definitely deserving of sound design, visual effects and production design Oscars. That said, it manages to fall short on a narrative level. It’s also best served being viewed on a big screen. 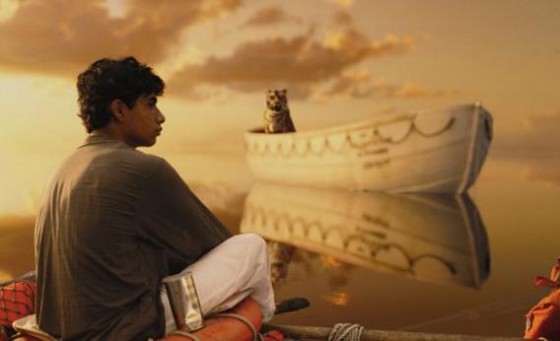 The dramatic climax takes place at a shitty dance competition. For real. I have no idea why people are going gaga over a movie about a raging, bitter prick who can’t get past the fact that his ex-wife banged a balding Biology teacher. There’s a ludicrous betting subplot involving obsessed Philadelphia Eagles and New York Giants fans that is awkwardly crammed into a script rife with implausible scenes and underdeveloped characters. The only thing I learned from Silver Linings was that a Glad trash bag will help you lose weight when you run, although something tells me that’s complete BS. 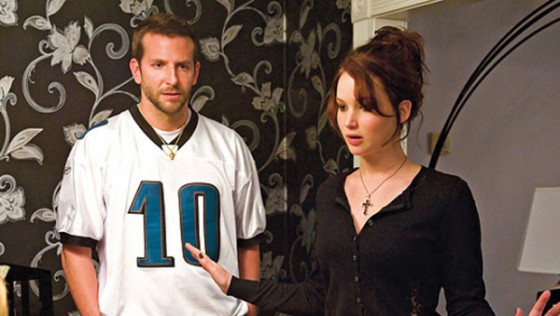 Smack dab in the middle of Zero Dark Thirty, there is a lengthy sequence involving a shady Arab informant who is permitted to drive an unsearched car into a CIA base camp and detonate a suicide bomb. It took me completely out of the movie, because it was an inaccurate departure from the real attack that occurred in 2009. The implication being that the CIA let a stranger tied to known terrorists DRIVE A CAR INTO A MILITARY BASE!!!! Might seem like a small deal, but it’s not. It’s sloppy storytelling. The final act raid on bin Laden’s compound is riveting stuff. The rest of the flick is ho-hum. Too bad. This could’ve been a powerful account of a major historical event. Ultimately, it misses the mark. 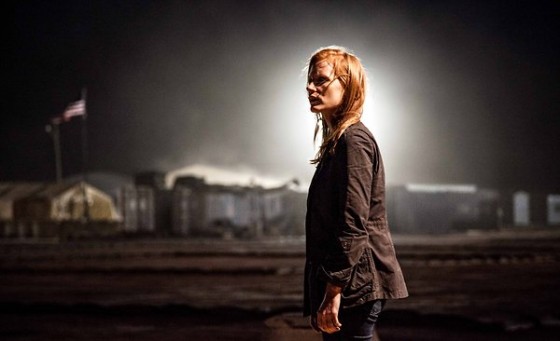