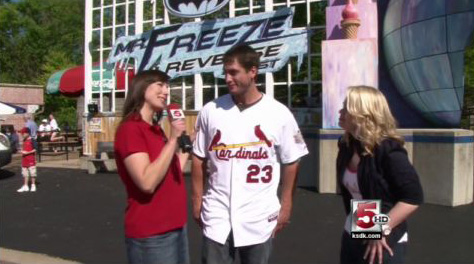 Being a handsome young professional baseball player definitely has its perks. Fame, fortune, a World Series ring and hordes of chicks ready and willing to drop their panties at the drop of a hat to name just a few. Cardinals third baseman David Freese can nail 9s and 10s on the regular, so when a 5 embarrassingly throws herself at him, one can’t help but cringe along with him. Especially when the 5 is a local St. Louis reporter on “assignment.”