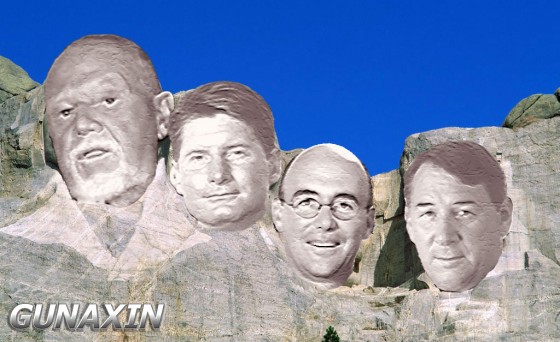 Ignorance from hockey commentators isn’t a new phenomenon, but with the advent of social media, hockey fans now have a medium to express their dislike for talking heads. It’s become quite apparent to me over the past few seasons, that there are certain broadcasters who seem to be universally disliked. Some go out of their way to be controversial, while others are just naturally condescending and contrarian. Either way, if you search for any of the names above on Twitter, you’ll likely be greeted with a deluge of negative comments. Don Cherry and Glenn Healy of CBC have this space covered in Canada, while Mike Milbury and Pierre Mcguire of NBC/VS handle the role in the United States.

The very fact that most people hate these commentators, seems to be how they are still employed. It’s like the quote from Howard Stern’s Private Parts,

Pig Vomit: But… if they hate him, why do they listen?
Researcher: Most common answer? “I want to see what he’ll say next.

…and while this may be true for the audience as a whole, it doesn’t show respect for that audience with a quality product. For that reason we have created the above Horrible Hockey Commentator Mt. Rushmore. Unfortunately for the folks pictured above, they’ll probably see it as some type of honor.

The 2011-12 hockey season is merely days old, yet we can already find examples to cite for why these folks have made our Mt. Rushmore :

With the broadcast of the Winnipeg Jets home opener this evening, I’m sure we’ll find a plethora of articles about Glenn Healy to add to this link list by morning. He spent much of the broadcast giving examples of how the Winnipeg fans were far superior (in every way imaginable) to the folks in Atlanta. Unfortunately this opinion is reflective of many folks in cold weather cities when it comes to fans from warmer climates. Why they continue to mock new fans, rather than to embrace them in order to grow the game is mind-boggling to me. The same goes for the old-time hockey bullshit spewed by Cherry and Milbury. The game has moved on and become better than it has ever been, it’s time for the broadcasts to do the same.
Share
Tweet
Pin