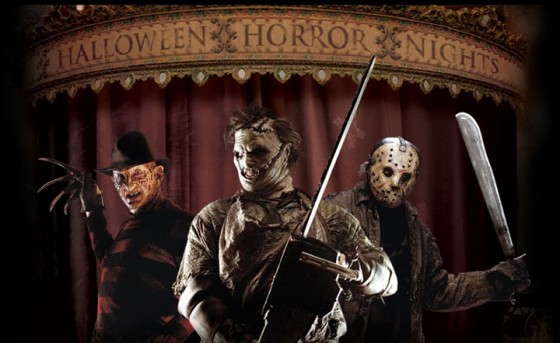 Though this first infographic was made in 2010, not too much has changed, really. In fact, the most recent addition would be the second and third Paranormal Activity movies which both out-grossed the last. Either way, it’s still interesting to see just how much each one made through its run and a little nugget of knowledge for some.

The second features iconic slasher villains and their favorite ways in which to dispatch their victims. This one has a lot of other info and really breaks down all the classics. I’ll definitely be hunting more of these down, but, until then, enjoy! 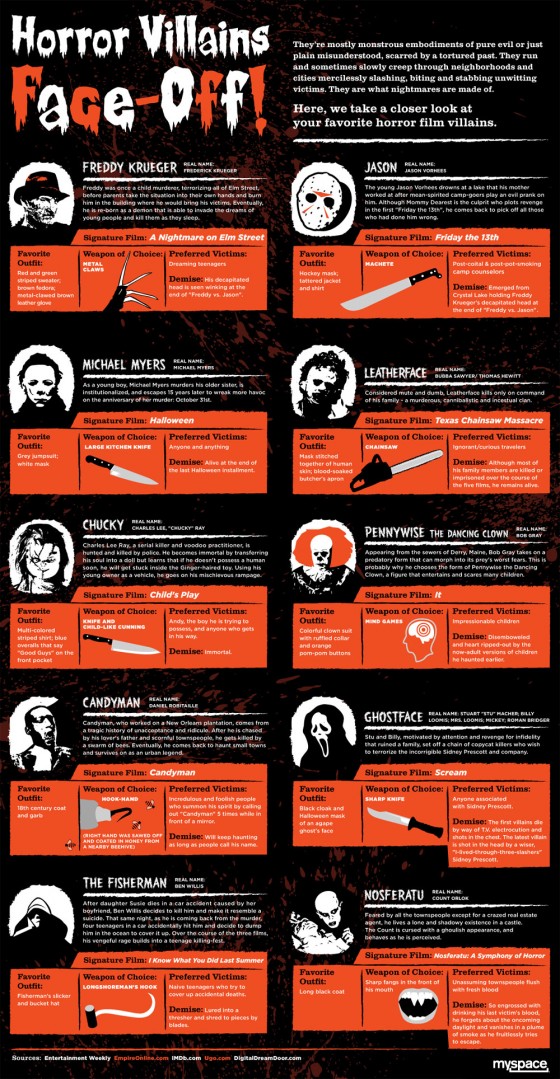