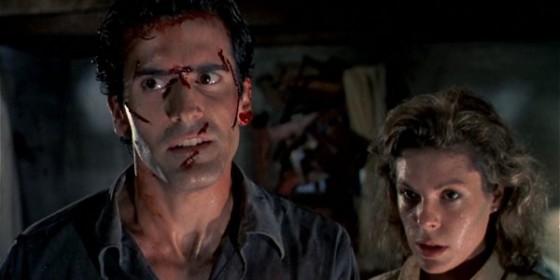 After the recent successes of both the mainstream Insidious: Chapter 2 (a film I have yet to see), and the underground V/H/S 2, it seems that horror sequels are beginning to shine a little less like turds and more like the unrecognized gems they often are. So, though we know that this list is by no means complete (nor is it numbered worst to best) we offer you our fifteen favorite Horror Movie Sequels.

There are fewer things in film more polarizing than a continuation to a film that either wins big in the hearts of its fans, or else sucks so incredibly bad that a sequel garners more moans and groans than a haunted house. Some horror flicks, one would assume, don’t really play well to a sequel because basically enough was said the first time around and the story is pretty much dead (I’m talking to you, Paranormal Activity. Give it a rest already. [Um, there are two more coming out… ed.])

Then there are those where more is definitely better, which seems to be the case for a lot of movies from the 80’s and 90’s. But even this is a touchy point since there is a big difference between one or two really good stories, and the wanton needlessness of 3, 4, or 10 more. But such is the case with Horror: you often can’t have your gory cake and eat it, too. So here are what we believe to be the best of the best in Sequels, by which I mean PART 2’s. No further. Things get too mucky from then on.

Please feel free to let us know if we missed any of your favorites in the comment section at the bottom of the page.

Despite the fact that critics -often none too fond of any horror movie, sequel or otherwise- weren’t kind to this sequel, Phantasm II has its charms. The first of which is, of course, seeing the return of Angus Scrimm as The Tall Man, and his metallic balls of doom. Yup, you read that right. Though the story is a little convoluted (wait, a horror movie convoluted? No!), it basically centers around Mike, Reggie, and Liz as they attempt to stop the Tall Man and his evil doings. Pretty cool in my estimation. 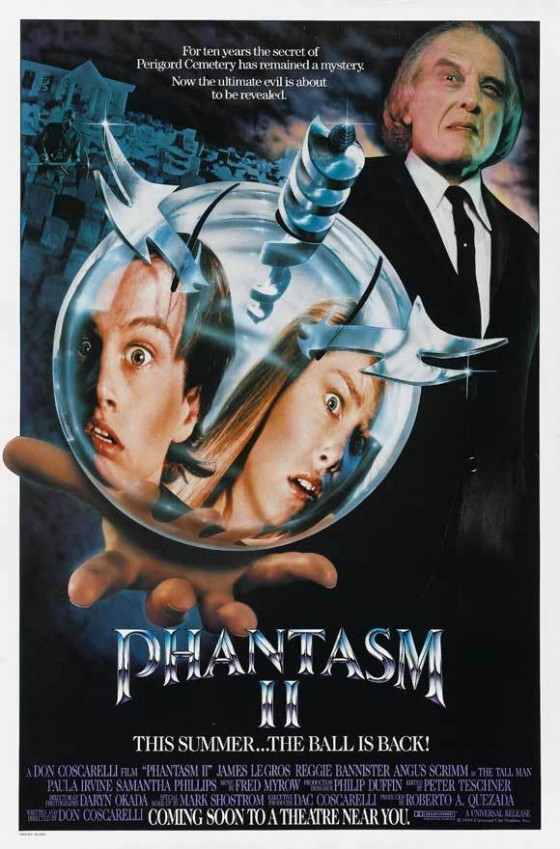 Most people either like Rob Zombie or they don’t. I sort of fall in the middle, since I love House of 1000 Corpses and this, its sequel a whole lot. His pillaging of Halloween? Not so much. Anyway, this movie picks up right after its predecessor and follows the murderous exploits of the Firefly gang: Otis and Baby, and Baby’s dad Captain Spaulding. This one seems to amp up the gore significantly, and the story seems to lean in the direction of the family becoming anti-heroes rather than all-out sickos. It had a sad ending. I know I teared up. 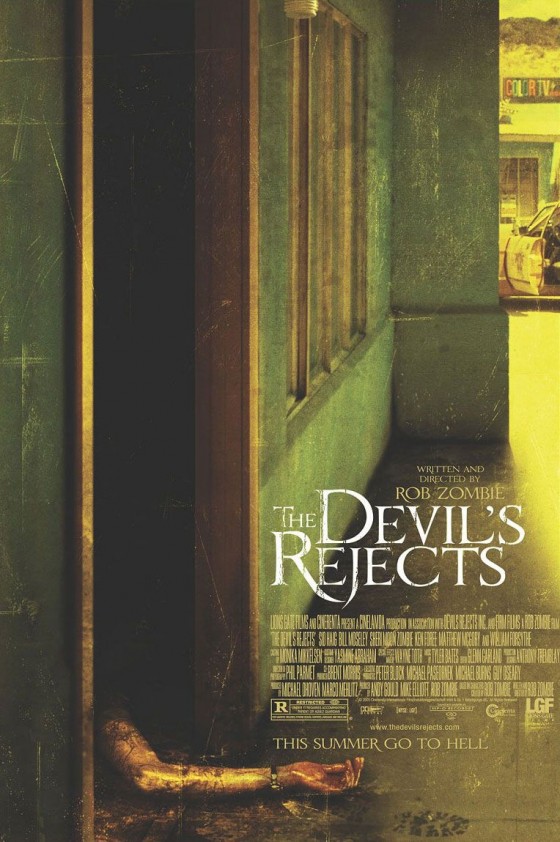 Back when anthologies were really just fads (unlike today, where both V/H/S and The ABC’s of Death have hit pretty big), George Romero and Stephen King teamed up to create Creepshow, and it was great. So, what was there to do but continue the tales, and since each was supposed to represent stories found in Horror comics, it made good sense. This time around, the segments include Old Chief Wooden Head, The Raft, and The Hitchhiker, with the second stanza becoming likely the most popular and well-known with its moral about teens and their sexual habits against the backdrop of a sludge-y mass eating them alive. Awesome. 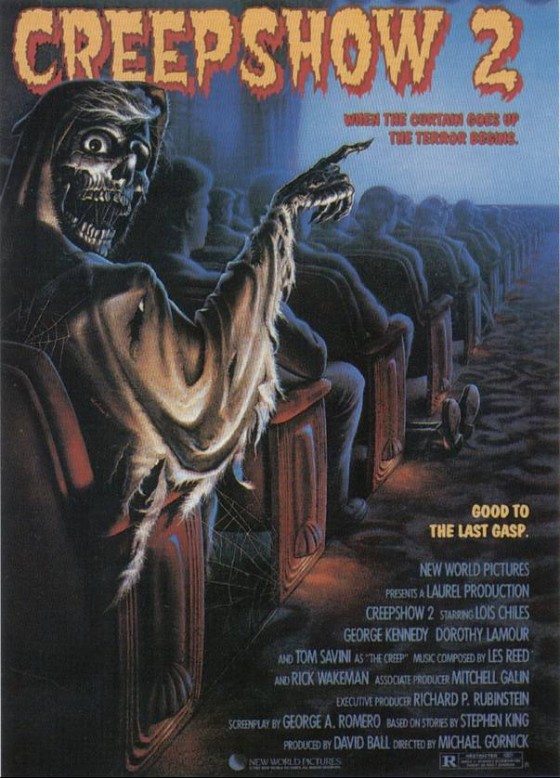 Directed by Lamberto Bava and produced by Dario Argento, Demons 2 is full-on Italian, but dubbed pretty well in English. Either way, it’s a classic and one of Argento/Bava’s best to be sure. Picking up where the original left off, a demon makes its way through a TV (sorry, RINGU, this happened first) and infects a woman named Sally. Because of her, the entire building in which she resides becomes a breeding ground. The gore flies, the bile drips, and the Demons go nuts. Just as the poster says: It’s Party Time! I love this movie. 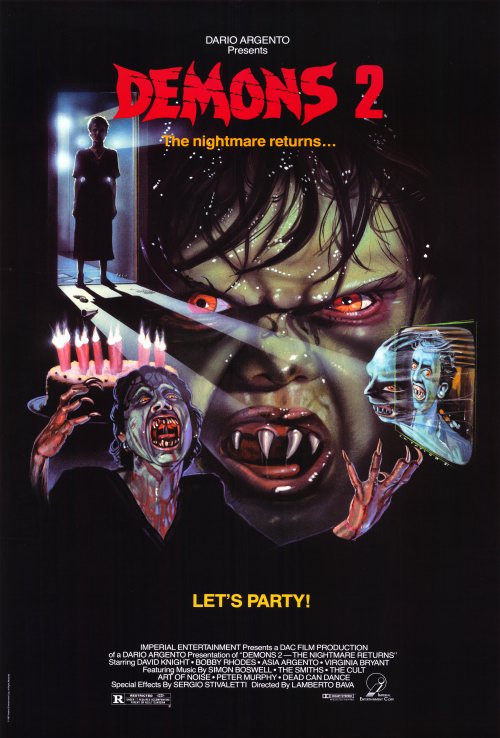 Why part 2? Because there’s a lot of important stuff here. First of all, Jason is the killer in this installment. Well, this and almost every single one from here on. You see, the original had Mrs. Voorhees taking care of business, but since she’s long dead in this one, Jason is after revenge, a desire that more or less fuels the monster for nine more movies. Also of note is the fact that big J doesn’t have his trademark Hockey Mask just yet (he’ll score that in part 3), instead he dons a burlap sack with one eye hole cut out. Pretty creepy. Anyway, before Jason becomes a mindless zombie, coming back from the dead in too many ridiculous ways to be counted, he’s human and he’s really pissed off. 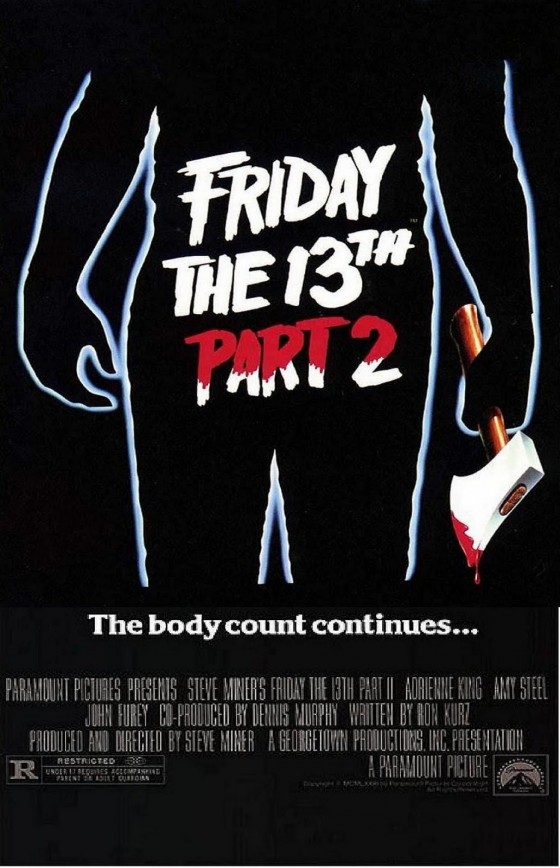 Sort of an allegory for Adam and Eve, Bride of Frankenstein takes place shortly after the original and features re-birth of Woman as an unlikely mate for the monster. Elsa Lanchester gorgeously portrays The Bride, with her famously frizzy shock hair-do complete with lightning squiggles, who does little but scream and look like, well, like reanimated flesh. And it works flawlessly. Karloff’s monster just can’t understand why she won’t be his friend, and things kinda go off the rails after that. It’s an amazing classic that everyone should see at least once. 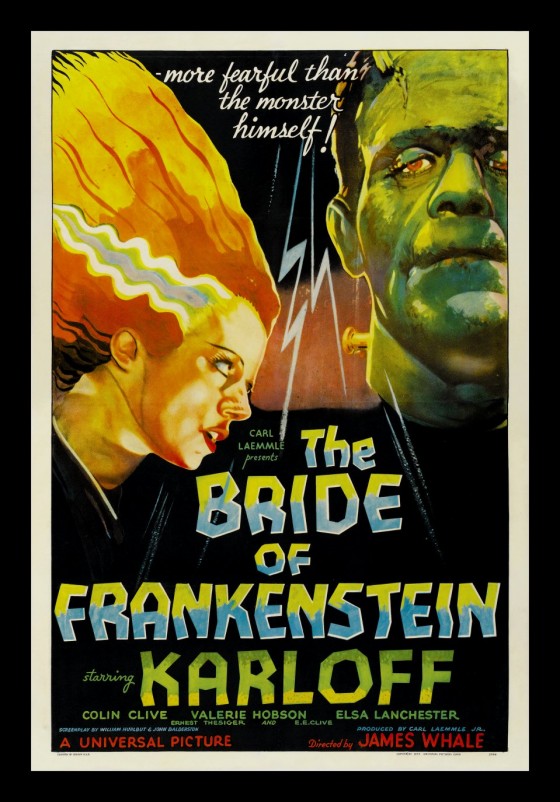 After the runaway success of the first film, it was inevitable that a sequel would be greenlit. And using more or less the same formula as the first -a formula that would repeat itself time and again for five more films after this one- Jigsaw sets sadistic and murderous traps for his captors to attempt to escape, more often than not leading to dismemberment, decapitation, flaying, and all other manner of gore-inducing deaths. Hey, it works…. for the most part. Sure, there’s a contrived mess of a plot here, but the blood and guts more than make up for it. 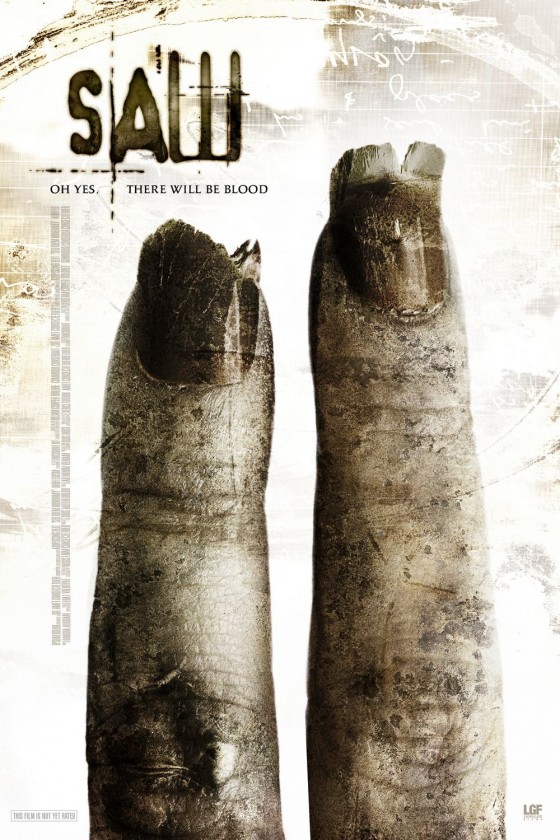 Dawn of the Dead

Though there are no returning characters from the original Night of the Living Dead, this sequel is largely considered George Romero’s masterpiece. Why? Because his allegorical tales on human society and how they function together under a common disaster really begins here. Yes, the first placed a few people inside a house to fend off a few zombies, and ended when the hero was accidentally killed. But it was this one that really jammed in the knife of consumerism as a larger group of survivors hole up in a shopping mall and must work together to keep themselves alive from the hordes of the undead finding their ways in. It’s nearly perfect in every way. 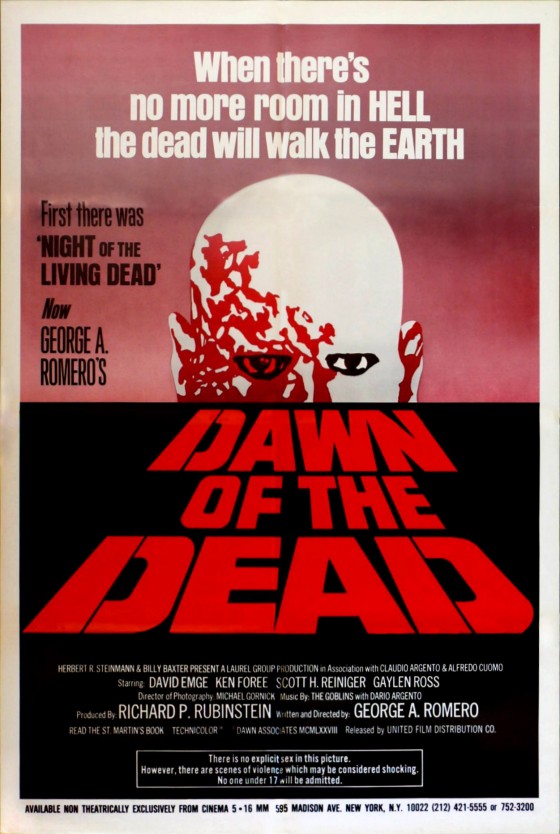 What do you do when your first film becomes a cult classic in its own right, and one of horror’s most amazing movies? Well, if you’re Sam Raimi and Bruce Campbell with a bigger budget thanks in part to Stephen King and Dino DeLaurentiis, you basically make a re-make/sequel, that’s what. Let’s face it, even if this flick does have a few different scenes than Evil Dead, it’s pretty much note-for-note just a bigger budget version of it, and we’re all the better for it. It’s an absolute treasure based completely around Ash Williams going completely insane thanks to the Necronomicon. See this movie, and ignore the 2013 failure. 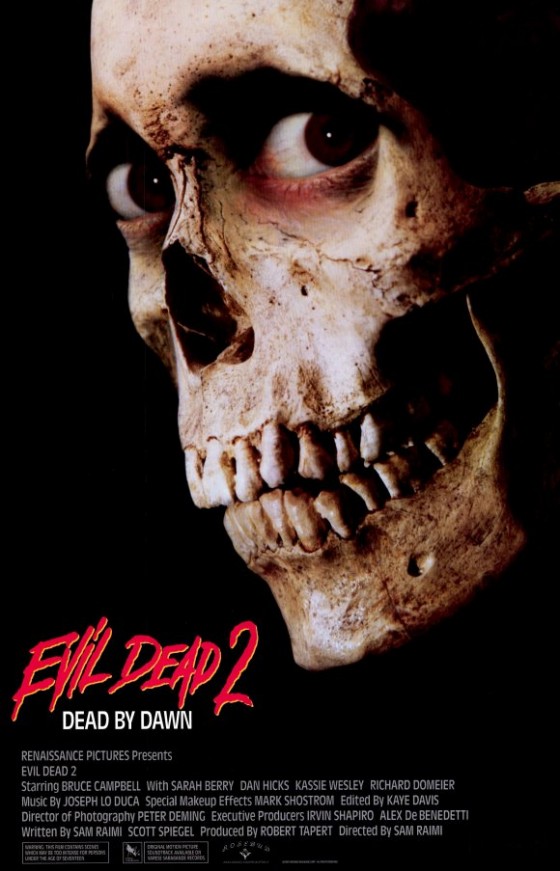 Okay, arguments can be made that this really isn’t a horror movie, but better classified as a Sci-Fi flick. I can see that, but the fact is it’s a sequel to what is considered a horror movie, so we’re gonna go with that. Taking what was mostly suspense terror from the first and measuring that with some action and impending doom, everything is doubly amped for Aliens. Ellen Ripley is back, and this time she’s backed by Space Marines on a mission to explore a colony potentially overrun by the alien creatures from the original. Much acid spitting and ass-kicking ensue, and this becomes one of the best horror sequels of all time. 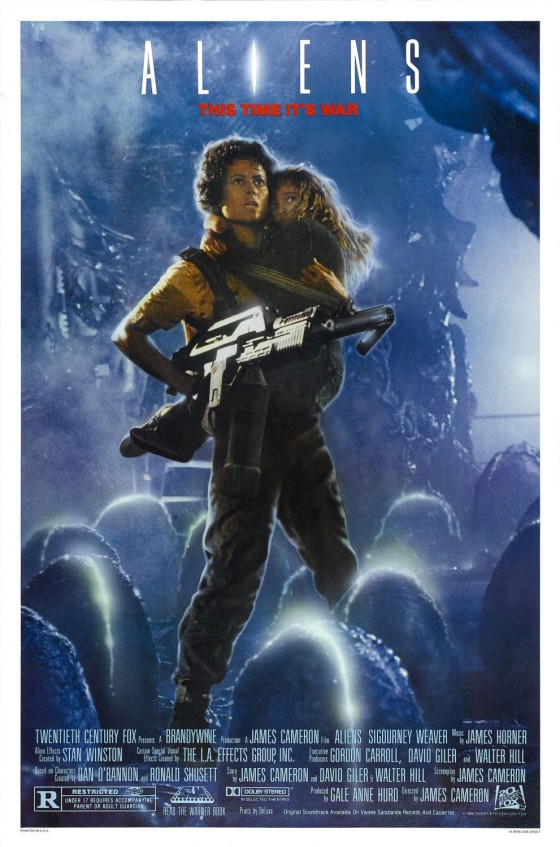 I have a soft spot for this sequel since it could be considered the one movie that really kick-started my love for all things horror way back when I was 9. I love this movie, and for good reason: It’s actually pretty damn good.Taking place five years after the original, a new family moves into Nancy’s old house on Elm Street and the nightmare begins all over again. Jesse Walsh basically becomes Freddy Krueger as the dream demon uses his humanity to slash his way back into the minds of those who might have tried to forget him. Sure, there’s that poorly veiled homosexual undertone throughout, but who cares, really. It’s gory, it’s gritty, and it’s Freddy. All good. 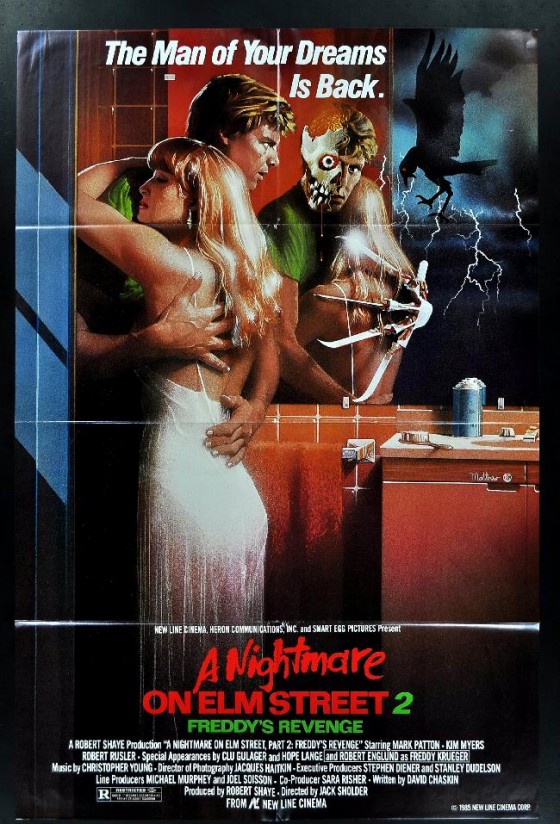 Two years after the events of the first flick, where the sadistic Chucky doll is first introduced, Andy (the same kid) has been placed in foster care and his mom, still traumatized from her run in with the Good Guy doll, is in an insane asylum. The Good Guy company itself is reeling from their bad publicity and they do quite possibly the dumbest thing ever, and use the melted parts from Chucky to remake… Chucky! Just really, really stupid because, of course, the new doll is just as possessed as the original and begins seeking vengeance on Andy and his new family. Once again, Chucky tries to speak the voodoo incantation to send his soul into Andy, but it’s too late. Oh, and then Chucky gets blowed up real good. But you have to know by now he isn’t even remotely dead… 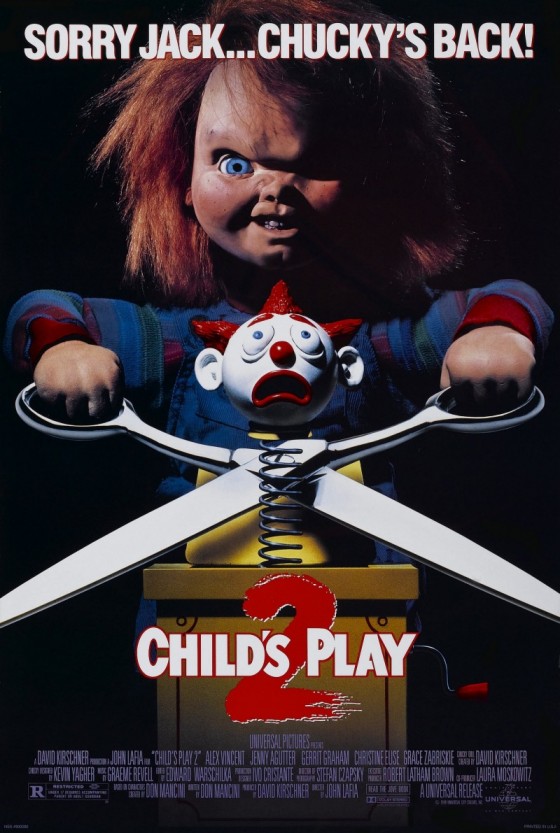 It’s hard not to love the gory exploits of the sadomasochistic Pinhead and his henchmen from the original Hellraiser, so it shouldn’t come as a surprise that the sequel isn’t only really good, but actually quite a bit better. Not only do we get a little insight as to how Pinhead became the soul-tearing Hell-spawn that he is, but we get to see three new Cenobites, Julie from the original without her skin, Kristy from the original wearing Julie’s skin, and a giant floating cough drop that represents the Leviathan in the Lament Configuration-esque Hell. Okay some of that sounds silly, but trust me, it’s pretty damn epic. 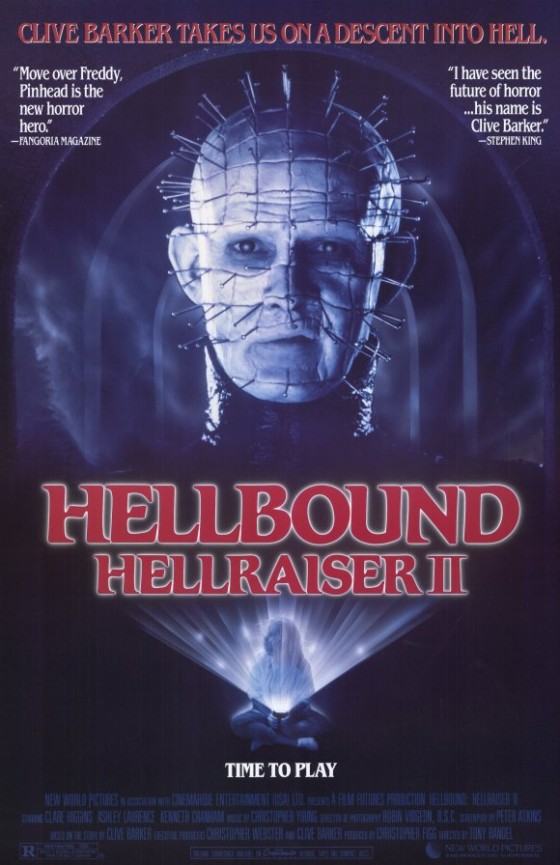 In 28 Days Later, the Rage Virus has systematically turned London’s population into a seething mass of cannibalistic zombie freaks. The sequel follows the first as a new group of survivors witness the virus as it literally burns itself out as the infected starve to death. However, one of the uninfected turns out to be a Typhoid Mary -a carrier who shows no effects herself- who spreads the virus anew and the process spreads like wild-fire through the small remaining bits of humanity. The suspense is back, as are the not-really-zombies zombies that act like really fast dead people. It’s a trip, and a sequel equal to its predecessor. 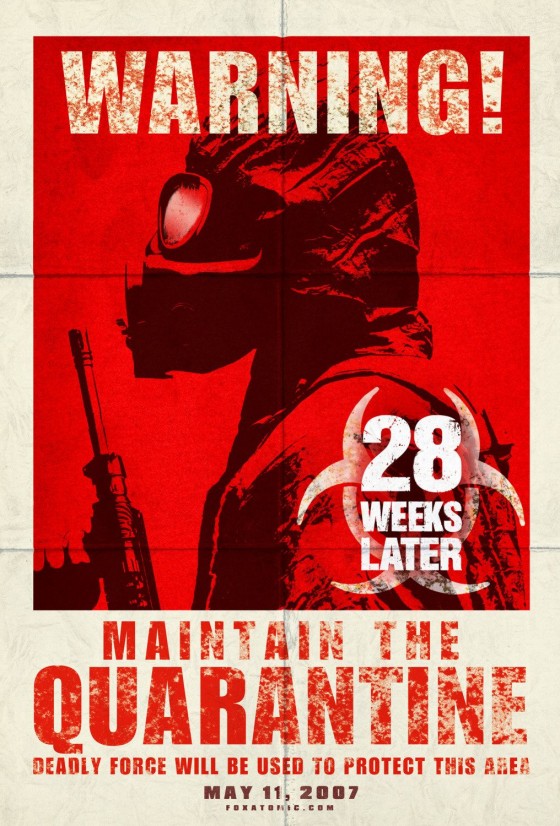 Following Stuart Gordon’s classic Re-Animator was never going to be easy, but the Brian Yuzna-directed sequel absolutely does the job perfectly. After a brief stint as medics in a Peruvian Civil War, Doctors West and Cain get back to what they do best: bring the dead back to life with a bunch of Day-Glo goop. Luckily they’re right next to a cemetery, so corpses (including Megan, Cain’s dead fiancé) are easy to come by. So Dr. West uses Megan’s heart and a mass of stitched together parts to make a Bride… and then things really start to get weird. Check it out, because if anything, it’s worth seeing a severed head with bat wings. 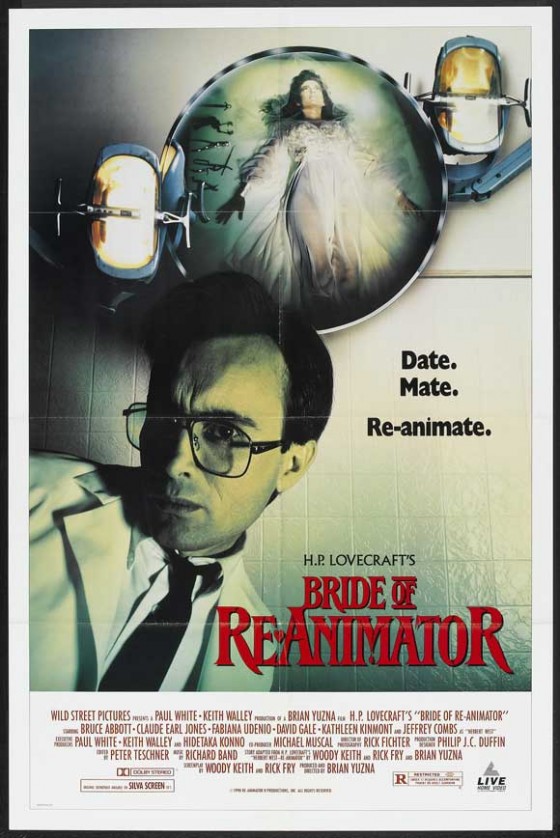