Let’s just assume for a minute here that you are new to the world of Horror. Let’s just pretend that you’ve heard things from your buddies who are all Horror geeks; things that intrigue and fascinate you. You’ve heard things about Horror movies that you once found disturbing and nightmare-inducing, but now, curiously, find rather interesting in a macabre sort of way.

Oh sure, you’ve always been able to dip your toes in the fetid muck that is Horror; reading a King novel now and again, watching a season or two of The Walking Dead, maybe checking out a little of Paranormal Activity or a vampire flick here and there… but you’ve never really taken the plunge. But why? Is it because those marauding menaces really kind of frighten you a little? Maybe your slightly dented Horror cherry just isn’t ready to be fully ravished because you, friend, are a sort of a wimp. Oh, don’t be all like that, we’ve all been there. 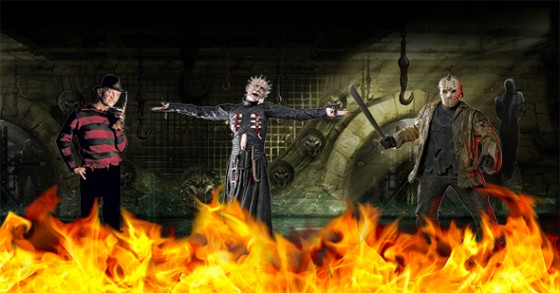 Yes, we’ve all started somewhere when the full moon shone bright and our primeval fur sprang out like weeds and our fresh fangs glistened and our claws tore… we were all turned to the Horror side at one time. No one is actually born a Horror fan (that’s just ludicrous, fear is a natural reaction to stuff that scares us) but most of us had it thrust upon us seemingly innocently. You see, it’s not shameful to still be apprehensive of Horror and it’s myriad villains, murders, killers, slashers, and monsters. There’s no shame, but you know what? There’s also no reason not to look at those creatures from an entirely different perspective.

Horror movie villains are almost always looked at as the, well, villain. It’s right there in the name! But, if you really stop to think about it, isn’t it more accurate to think of them as the Anti-Hero? Isn’t it possible that there is a simple explanation for the murderous motives behind every reprehensible act a Horror icon performs? Think for just a second about the villains you really know, or even the ones you hold dear somewhere in the dank catacombs of your heart. Can you honestly think of one time when said villain’s reasons behind his rampages weren’t brought on by meddling outside forces? Seriously! Let’s take a closer look…

Perhaps one of Horror’s most well-known antagonists, Freddy exists -for the most part- in the dreams of those who fear him, who also happen to reside on Elm Street. Freddy is a nightmare gained sentience and given a handful of razor-sharp blades attached to a dilapidated glove. Freddy is a menace, of that there is no argument. But, was it really his fault for becoming who he is? 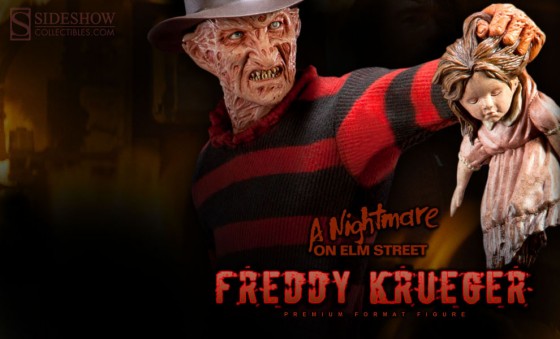 Okay, general consensus says that because Mr. Krueger was an alleged child molester, his comeuppance was to be destroyed in a fire through the hands of all the angry parents on Elm Street who believed him to be a pedophile. However, it is because of this equally cruel act that Freddy now seeks revenge on the residents and families of Elm Street. Were he to have been tried and, possibly convicted, none of this would have happened. But because the folks took it upon themselves to exact justice… well, you see where I’m going with this.

I’m not for one second saying ignoring a potential child molester is a good idea, but it’s also never a good idea to burn anyone to death. And so, since most of these kids of the vengeful parents were kind of shitheads anyway, it only makes it all the sweeter that Freddy repays the debt in his fashion. And this makes Krueger an Anti-Hero. He was never found guilty, never even tried, and really there was circumstantial evidence at best that he even was who the parents said he was. So now that the shoe is on the other foot… well, it paints Freddy in a far darker color than he might have been otherwise. Besides, he has such a good time doing it and it’s tough to fault him for that.

It’s kind of amazing the similarities Freddy and Jason share. Jason became a product of his environment and the people within it much in the same way Freddy did. However, in Jason’s past, it was the fact that he was different and ugly that turned those in charge of him away, ignoring his pleas as he slowly drown mere feet from several people certainly equipped to rescue him.

Is it any wonder his mother, Pamela, sought revenge on anyone foolish enough to mock their responsibilities as counselors? Her love for her seemingly drowned boy was so strong, she’d kill to keep the same thing from happening again. But what of Jason himself? 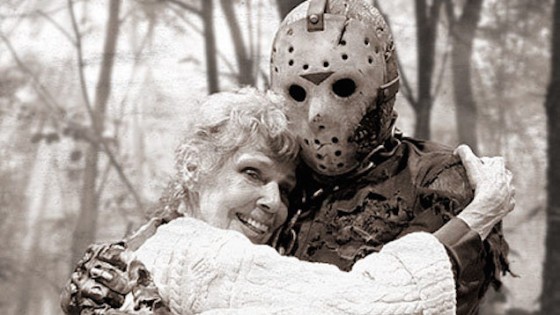 Well once we were made aware that he was still alive and living a sheltered, but harmless life near the lake in which he nearly died, we knew it was only a matter of time before he, too, would seek vengeance. And realistically, had the stupid kids just stayed away after the events of the early ’80s that everyone obviously heard of, well, none of those murders would ever have happened. Of course Jason was distraught over the death of his beloved mother, and this is the catalyst that really make him the Anti-Hero: dumb kids doing dumb things just plainly not leaving well enough alone. Jason was hurt, angry, and really not given much of a choice in how he reacted.

Of course, killing is not a good thing. But think of Jason as wildlife in his domain. Would you walk up to a bear cave and start messing with the animal? Of course not because it would maul you. Jason is no different: a wild animal protecting himself and everything he knows. Besides, those ridiculous campers deserved everything they got anyway.

Look around. You know, like when you’re out and about in a place where there are a large number of people. Okay, now really look around. Do you see anyone who even remotely resembles a leather-clad, sado-masochistic demon covered in chains and piercings? Alright, maybe you do in certain circumstances. But those aside, you typically don’t see this person, especially one who is literally from Hell and who can, with a word, utterly destroy you. So what is the deal with Pinhead and his wanton desire to violently and viciously obliterate mankind? Let’s start with the box.

The Lament Configuration is a vessel. Within it and surrounding it are the means through which anyone can conjure Hell on Earth. That’s all it takes: figure out the puzzle, and viola! You’ve got Cenobites! Do you not see the problem here? This is a simple case of leaving well enough alone! Why, for the love of God, would you have any need to summon a demon? Sure, your parents are shitheads, your friends are dickheads, and life is a sack of crap… but seriously, think for a second. If you happen to simply stumble on an ornate box that beckons you to twist and turn it unnaturally to achieve all the horrifying garbage your mind can imagine… is this something you should be doing? Pinhead is an Anti-Hero because people are stupid and doing what he does is literally his job. 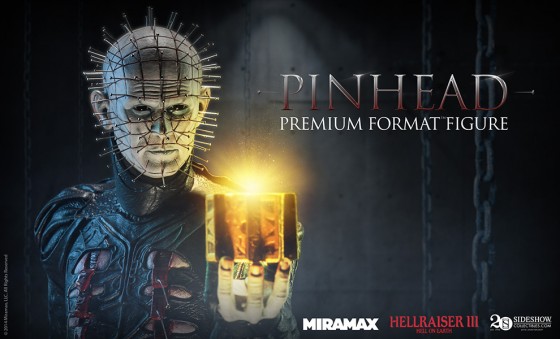 And there you have it. You see now how these classic villains can be the Anti-Heroes? And that was only a sample of three people! So get out there, get into some new and old Horror flicks and see for yourself why Dracula was simply hungry, Jaws was… well, also hungry, and Leatherface was just… hmmm, maybe not the best example.