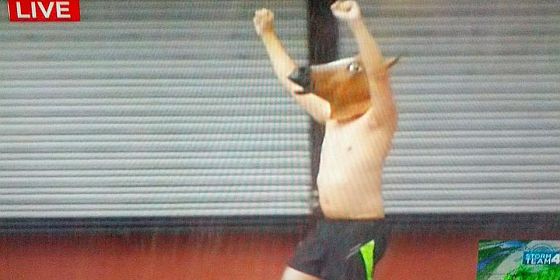 While we  have long questioned the usefulness of on-scene weather reporters being outdoors during storms, they have proved their worth in Washington today. Earlier this morning the local NBC affiliate, channel 4, caught a man in a horse head mask and shorts running through the streets of Northwest. While we know Halloween is this week, and we are all for creative costumes, the middle of Hurricane Sandy seems like a bad time to show it off. On the plus side, he really seems to be enjoying himself.

Not to be outdone but their competitors, Fox 5 in Washington caught up with a 650 year old zombie pirate in Alexandra. We couldn’t help but notice that the interview subject, amazingly articulate for both a zombie and a pirate, sounds a bit like Kermit the Frog. While the interview was hardly enlightening, it is still a major exclusive for Fox; the first DC station to get a live interview with the local expert. 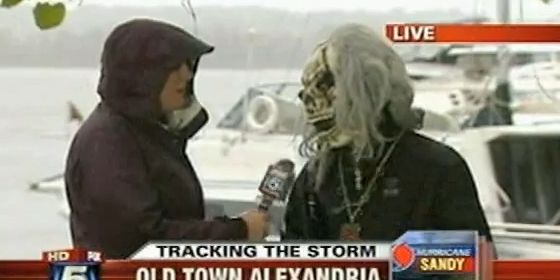