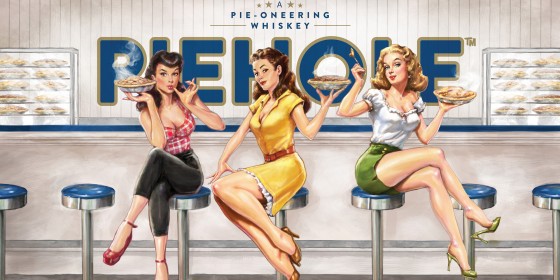 Recently the good folks at Piehole Whiskey invited us to participate in a holiday recipe contest utilizing one of their new pie liqueur flavored whiskeys; Apple, Cherry, or Pecan.

“Many people remember that feeling you get when you first taste Grandma’s pies fresh from the oven,” said Kristin Markovich, senior innovation manager, whiskey. “PIEHOLE is our way of bringing that delicious memory to consumers for any fun occasion and we hope people everywhere will open their pie holes to try these three mouth-watering flavors.” 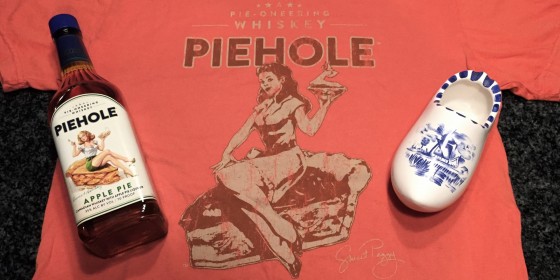 The holidays no doubt remind most of family, and my family is of Dutch and Irish descent. This recipe entry inspiration came from combining my family’s heritage with my favorite type of pie, and the result is a Hot Toddy that mimics Dutch Apple Pie. For this challenge, we were given eight unconventional ingredients, and required to use at least two in our recipe. The Apple Cider and Raisins were perfect for the Dutch Apple Pie theme, but we decided to utilize a third unconventional ingredient to give the drink a bit more holiday kick, whole cranberry sauce. 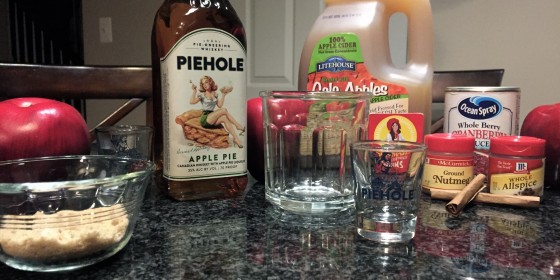 By looking at the ingredients above, you can see where this is going. One thing of particular note is that Dutch Apple Pie in the United States is typically characterized by a streusel crumb crust. For this reason our recipe calls for coating the rim of a toddy glass with a brown sugar and cinnamon mixture, to mimic that important feature of a Dutch Apple Pie. If you’d like a more authentic Dutch Apple Pie taste, feel free to omit the optional cranberry sauce. 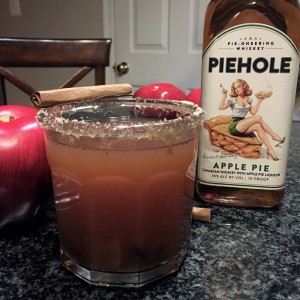