Hottest Fans of the NCAA 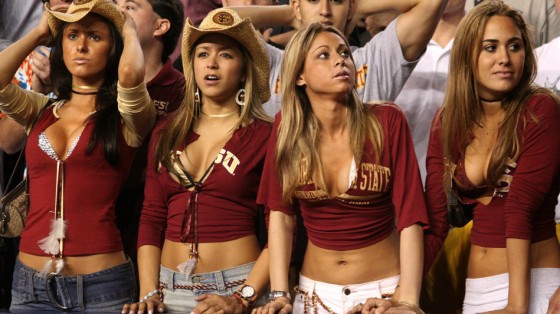 We still miss these girls.

Since 2006, the SEC has dominated college football winning the past seven BCS Championship games, most of them weren’t even a competition. A dominant run like that has to end some time, right? Wrong. 2013 is going to be another year of the SEC. They already have six teams ranked in the top 13 in the USA Today Coaches’ Poll.

But we didn’t come here to talk about rankings. We came, as we always do, for the babes, and we’ve found plenty of them. To celebrate the return of College Football this weekend, we’re proud to present the hottest fans of the NCAA. Enjoy.