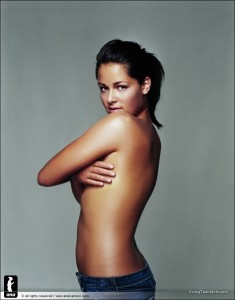 That’s right! Ana Ivanovic is so hot that she deserves all the space in this volume. She’s a Serbian hottie who’s a close friend of her fellow country tennis star, Jelena Jankovic. Besides her stunning look and body, Ana is also one of the best female tennis players on the planet, who was ranked as high as number one in 2008. Because of this reason (a uber hot girl who can actually play tennis), she’s often compared to Maria Sharapova. If my dying wish allows me to pick only one of the two, it’ll definitely be Ana. Of course, there’s absolutely nothing wrong with Maria, but there are just too many hot blonde Russian tennis players. So to me, Ana’s hotness is truly one of a kind. To each his own I guess.