All your life you have been told by your parents, your friends and even your asshole boss to stop with the drinking because “it will ruin your life” or “it will kill you” or “it’s not even 10 AM for God’s sake”.

Bah, what do they know? The entire history of our planet has been forged by people just like you going on massive binges, changing history with each shot of boozohol they took. Seemingly innocent drinking sessions throughout the ages have so far… 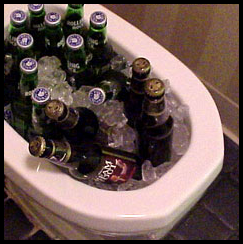 Right after fertile land and discount whorehouses, clean drinking water has always been the foundation of basically all frontier human settlements. The problem is, a long time ago people had really flexible definitions of “clean” which often included water where animals and local residents pooped in, leading to such pleasant experiences as dysentery, also known as the “Holy Hell, there’s blood coming out of my ass” disease.

As it turned out though, the key to our survival wasn’t to purify the contaminated reservoirs or employ the most basic principles of personal hygiene, but to simply switch to alcohol. It was booze—first beer, then later wine and pure spirits—that helped our early ancestors somehow get by without resorting to drinking the local sewer-sludge. Plus, it also kept them healthier, thanks to alcohol’s antibacterial properties, making it the sanest drink of choice around, other than distilled horse urine.

There certainly were risks involved with this lifestyle, but a shot liver at age 40 was still a damn better way to go than an ignoble death during your 20s by poop-water poisoning.

4) Helped create bacteriology and the process of pasteurization 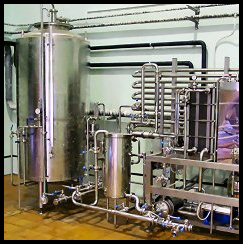 The latter half of the 19th century was a really backwards couple of decades, a time when folks believed that vermin like flies and mice were born spontaneously out of feces and straw and the concept of bacteria was virtually unknown, same as people living past 60.

Around then, famed French scientist Louis Pasteur was called in by local alcohol producers because their sweet Forget’all Juice was turning out hella-weak and no one wanted to be sober and French during that period, making it a very serious problem. By examining the alcohol’s fermentation process, looking for a solution, Pasteur discovered the roadie-like bacteria working hard behind the scenes of booze production and formulated one of the first comprehensive germ theories in the world.

So when Napoleon needed Pasteur to do something about the problem of spoiling wine, Louis used his discovery to invent the process of pasteurization, all thanks to the country’s love of getting hammered. In the end, he secured the future of France’s rampaging alcoholism and saved thousands from painful infection-related deaths. Unfortunately, he couldn’t do anything about them being French…

3) Influenced the course of Alexander the Great’s conquests 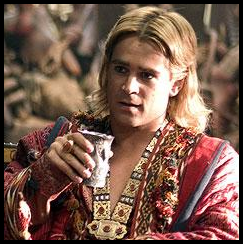 Given all the facts, we can’t help but feel a close connection with Alexander the Great, considering how important alcohol was in his life. The king of Macedonia was a massive drunkard who often got himself in hilarious booze-related shenanigans (boozanigans), like murdering his trusted commander, burning an ancient palace and escaping a painful stabby-death.

You see, in 327 BC a bunch of people tired of Alexander’s drunk-jock routine, decided to get together and stab him in the sphincter, but luckily for Alex, on that same night he decided to go out, get wasted and drive his new chariot into a swimming pool, avoiding the assassins. And you know how it is with regicide – you are only allowed to try it once, so Alex’s Murder League disbanded after that.

If he however had died back then, the world would be a very different place. Maybe not exactly “Nazis on dinosaurs taking over Earth” kind of different, but for example, the powerful Indian Maurya Empire would never exist… which… probably would affect the quality of modern tech support? Yeah, so, there is that. 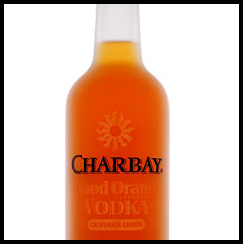 The Orange Revolution was a 2004/2005 series of protests in Ukraine, when the masses realized they kind of had a problem with their corrupt, semi-totalitarian and Russia-fellating government. Their plan was to elect a new pro-West president.

Unsurprisingly the ruling body decided that—as a man once told his son putting a pair of wings on a turd—“this shit won’t fly” and thus they hatched a cunning plan. The pro-Russian side wanted to use pissed-off miners to beat up the protesting Revolutionaries which would give the government an excuse to declare martial law and stop all this “rights” and “no secret murders” bullshit.

But when the miners boarded the buses taking them for a game of Whack-A-Protestor, they noticed a present for them: a couple of cases of vodka. By the time the buses arrived at their destination, the miners were drunker than an Irish-Russian orphan from a broken family who’s been molested as a kid. The best part is it was probably the CIA and MI6 who supplied them with the spirits, making it the coolest example of cross-agency cooperation since “Casino Royale”. 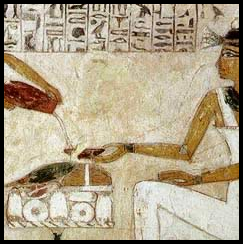 Every culture/religion has an explanation about the origin of human societies but we think the scientific one is better for two reasons: it’s real and it involves beer. A very long time ago, when Abe Vigoda wasn’t even born yet, our ancestors were just a bunch of free-loving long-haired drifters, basically the hippies of prehistory. They survived by a mixture of hunting and gathering, having no real need to settle down, until they invented beer.

The invention of the Stone-age Stout was most likely an accident (later blamed on cloud fairies no doubt) when one of our granddaddies left a couple of grains and yeast in a water-jar for a couple of days, causing the concoction to ferment and turn into a very primitive brew. But one sip of that magical fairy water and suddenly the cave-hippies knew they wanted more.

So they started settling down and planting crops for the precious grains needed to make bread and beer, creating the first human settlements on the planet. Unfortunately, about a week after that they also created “domestic abuse” so maybe it wasn’t such a hot idea after all…