Sports > Racing > How Any Sports Fan Can Enjoy NASCAR

How Any Sports Fan Can Enjoy NASCAR 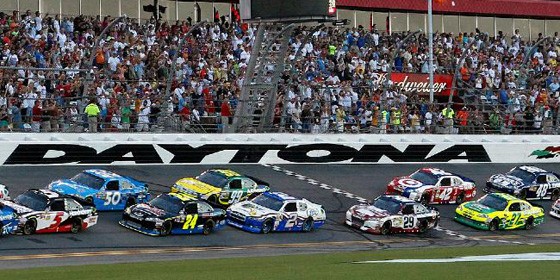 The drivers of 2017 NASCAR Sprint Cup Series will strap themselves in for the premier event of the sport this weekend, the Daytona 500. While NASCAR has made some strides over the last few years in gaining fans from across the nation, many blow the sport off as a Southern novelty. Thankfully, we’ve put together this guide to give the naysayers a little education on how to start embracing the sport.

Maybe you’ll never load up on the endless supply of overproduced merchandise, but your anti-NASCAR stigma can be broken and you’ll tune in for a few laps this weekend. If all else fails we’ll take you to the track infield during a race weekend to get wasted with the often bleary-eyed fanbase. 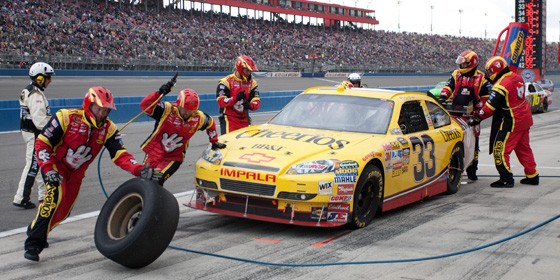 The first comment from the anti-NASCAR crowd is often, “I don’t want to sit and watch cars drive around in circles.” Fair enough. The majority of the tracks are ovals. However, the key is realizing not all tracks are the same and knowing which produce the best action.

One issue we can’t defend is the announcers. Most are pretty annoying, the color commentary guys in particular. But hey, how many football games have you viewed with Joe Buck spraying his verbal diarrhea all over the airwaves?

The best time to start acquiring a taste for NASCAR is checking out the exhibition races during Speed Week at Daytona International Speedway prior to the Daytona 500. We’re particularly fond of the Budweiser Duel. There is a unique underdog element to Duel races that makes for great viewing. Lesser teams with limited funding are desperately jockeying for position against one another in order to clinch a spot in the Daytona 500.

The 100-lap NASCAR Sprint All-Star Race in June is the only superstar-studded event in sports where all the competitors actually compete. Take that, Pro Bowl and your pathetic gimme touchdowns. These abbreviated races are great for the non-NASCAR fan because the short race length gets the drivers up on the wheel from the drop of the green flag.

DRIVERS TO ROOT FOR

Understandably, you don’t want to come in rooting for a front runner like seven-time defending champion Jimmie Johnson. Everyone in the line at the local Wal-Mart is a Dale Earnhardt, Jr. fan and former stars like Jeff Gordon and Tony Stewart have stepped away from the sport. We have some other recommendations for your rooting interests… 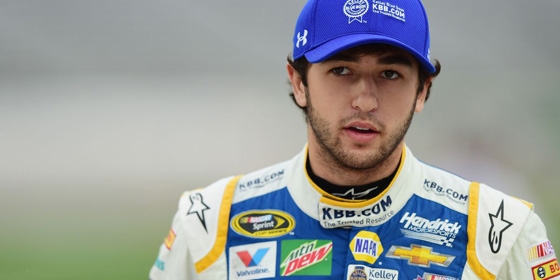 Chase Elliott is the son of fan favorite, Bill Elliott, and is a young rising star in NASCAR. He finished 10th in the Sprint Cup Championship last year and qualified for the Pole Position at Sunday’s Daytona 500. Elliott has recently been added to our list of favorite drivers, after we met him at the Texas 500 last year when he drove the Kelley Blue Book #24 car. 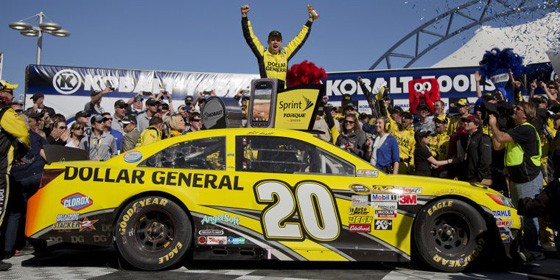 Kenseth has been a Gunaxin favorite since we met him back in 2011 when he drove the Crown Royal car. He has since bounced around between a few teams and he finished 5th in the Sprint Cup Standings last year. The 44 year old has 38 career wins and won the championship back in 2003. 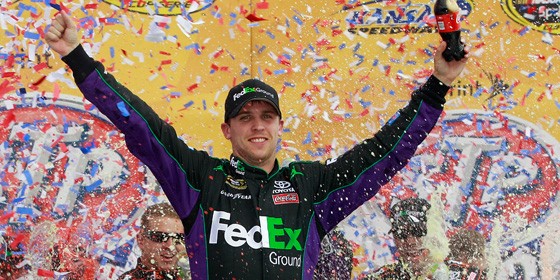 Denny Hamlin drives the #11 Toyota for Joe Gibbs racing and has 29 career victories. He finished 6th for the Sprint Cup Championship last year, and is the type of guy who could break through at any moment. We also interviewed Hamlin a few years back so he has Gunaxin ties. 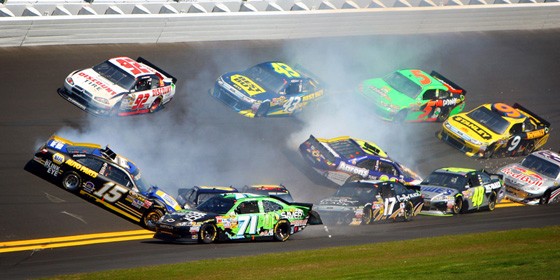 The field at Daytona and Talladega Superspeedway gets bunched together because of the restrictor plate used to reduce horsepower. Why reduce horsepower? Running in packs makes aerodynamics a huge deal. By bumping another car and running together toe to nail, drivers can gain or lose a dozen or more spots in a single lap. However, not everyone plays nice. One false move can cause “The Big One” collecting a number of cars in a large wreck.

Tracks with little to no banking such as Martinsville Speedway, Phoenix International Raceway and Richmond International Raceway put on a great show because so much of the race is in the driver’s control. The combination of a well handling car and finesse behind the wheel is what it takes, not just having a fast car. Getting in and out of brake through corners and sliding past the opposition is how it’s done at these tracks.

The beating and banging that goes down at Bristol Motor Speedway, Darlington Raceway and Dover International Speedway can become quite a spectacle.

Bristol is legendary for aggressive driving and the ultra-steep banking all the way around the track makes the cars look like they are defying gravity. The night race at Bristol is one of the biggest dates on the NASCAR schedule.

Darlington is a classic race track with a unique egg-shaped layout. The non-symmetrical design presents a challenge for getting the car to handle properly on both sides. This causes many cars to eventually brush against the wall of the track, or each other.

Yes, NASCAR drivers are fully capable for making right hand turns. These skills are on full display on the road courses at Infineon Raceway and Watkins Glen International. Each track contains over 10 turns that twist and turn back around to the start/finish line. The tight quarters and lower speeds keep cars bumping against each other all race long. 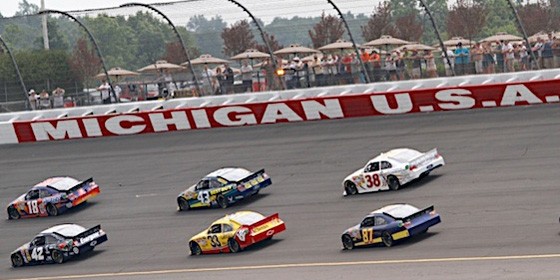 NASCAR is always worth seeing in person, but there are a few races that are less desirable to watch on television…

The racing at Auto Club Speedway and Michigan International Speedway is known to induce midrace naps. In particular, the track at Fontana is too long and too wide to keep the cars close together. Often times the fastest cars will simply break away and stay up front all day. Thankfully, Auto Club no longer hosts a second race and has been reduced from 500 miles to 400 miles.

While the last couple of races at Pocono Raceway have been better, many NASCAR fans wonder why the site gets two races a year. Hint: it’s only track within driving distance of Philadelphia and New York City.

The novelty of stock cars running at Indianapolis Motor Speedway, the open wheel capital of the world, wore off a few years ago. Also, both tracks are difficult to make passes on. The non-NASCAR fan will want to pass all together.

So there you have it. You’ve got some drivers to watch for and a guide to what races even the non-NASCAR fan can enjoy. You’ve got a lot of Sundays to kill between now and the start of the NFL season. Let’s go racin’, boys!