WWW > Podcasts > How Radio Really Works – Masters of None

How Radio Really Works – Masters of None

[podcast]http://www.podtrac.com/pts/redirect.mp3/media.libsyn.com/media/mastersofnone/MON_4_12.mp3[/podcast]
Masters of None – 4.12 – How Radio Really Works with Chris Hardwick and Jennifer Love Hewitt

My apologies to The Buggles, but video didn’t kill the radio star. Radio killed the radio star. Over the past number of years regular or “terrestrial” radio has slowly been in decline. Some blame the economy. Some blame increasing competition from iPods, podcasts, and satellite radio. The real reason? Radio has been slowly eating itself over the past few decades and failing miserably at trying to improve upon what once made it great.  Most of the old tricks are still being used just as they were in 1985. And yet people to this day STILL don’t know how they’re being duped into thinking they’re actually being entertained. Our latest show is part 3 in a series of how radio really works. Check out part 1 and part 2. Here are a few things you might not know about your local radio station. 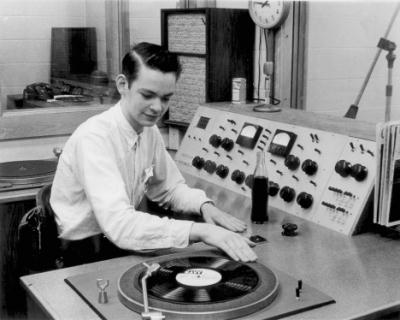 Will Work For Tommy Dorsey Records

DJ’s Don’t Get Paid Shit – If you’re thinking about a lucrative career in radio, feel free to take out that word “lucrative.” There is a very small percentage of creative radio professionals that actually earn enough money for bus fair to work let alone live the glamorous lifestyle. Folks like Opie and Anthony and “Hoo Hoo” Howie are exceptions to the rule. And nowadays, most stations are cutting back on staff so much, that one person probably does the work of 10 people, yet barely gets paid enough for one person. Even if you’re lucky enough to get an entry level full position at a top market in the county, don’t expect to earn more than 30k a year. That’s before taxes. No, the real money in radio is in the sales department, but really you’re just better off selling hardcore drugs…it’s more honest. 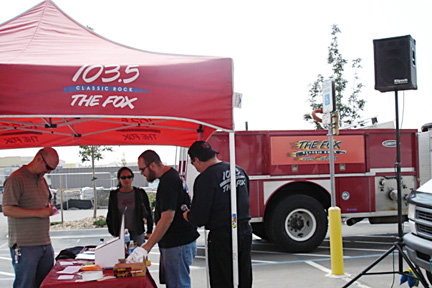 Everything is the Same – The big complaint most people give about any radio station is “they play the same 40 songs over and over.” Well that’s absolutely true and most stations don’t give 8 shits as long as the ad revenue from the commercials is coming in. Most stations Program Directors are robots in their song selection process. The follow the research given to them by corporate, insert the rotation and viola! Aerosmith and Foriegner back to back every morning you get into your car to go to work and every afternoon when you leave work.  But it doesn’t stop with just the music. Everything from promotional gear, to prizes, to website layouts, to logos, to NAMES FOR THE FRIGGIN’ STATIONS have all conglomerated into a pool of about 12 different options. With station consolidation and huge media corporations owning a considerable amount of the stations in the country, terrestrial radio has turned into an assembly line of overproduced, uncreative, garbage. That’s why no matter where you go, there can’t be a KISS-FM too far away… and they all suck. 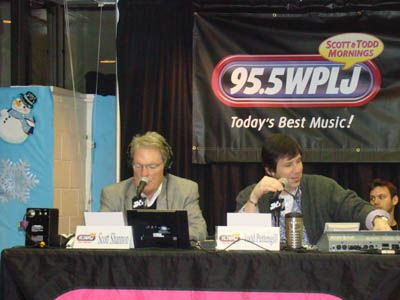 ZZZzzzZZZzzzzzzZZZzzzzz... I'm sorry, did you say something?

They Refuse to Shoot Old Yeller – Ever notice how most “successful” morning shows have been on the air for what seems like an eternity? Now quick, name me someone you know who ACTUALLY listens to this garbage. Morning radio shows are chalk full of prank phone calls, celebrity interviews, and interesting little news tidbits and “news of the weird!” And they have been… forever. But guess what? The prank phone calls are all fake and pre-screened as it’s illegal to put someone’s voice on the air without their consent. The celebrity interviews might be completely staged via pre-recorded and written out questions and answers, and the little news tidbits they get are fed to them via morning show prep services that pump out the same information to EVERY STATION IN THE COUNTRY. Most morning show hosts just need to sit down, spit out what’s in front of them, turn off the mic and leave. All the work is done by someone else in a far away land, and he’s probably getting paid minimum wage to do it.

But that’s not all… Find out about fake requests and callers, big money giveaways that end up costing you money, and much much more. The end is near radio, it was redundant while it lasted.

Masters of None – How Radio Really Works 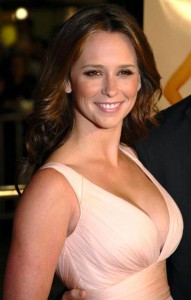 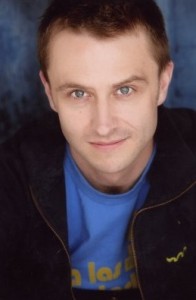