Grub > Beer > How To Properly Pour A Beer

How To Properly Pour A Beer

Hello. My name is Stew Miller and I am the newest ‘Beer Guy’ here on Gunaxin. Now, I have been drinking beer for a good long time, most of which, admittedly, was more for fun and the sheer act of getting as blotto as possible than for the enjoyment of the product. Then I sort of grew up. Oh, don’t get me wrong; I refuse to be one of those snobby beer assholes who treat each bottle as though it were a wee babe and caress and care for it as such. However, when I am doing a beer review I do look at it from its due perspective and give it ever opportunity to shine. In fact, as I go off on a bit of a tangent here, I use three criteria when it comes to creating my write-up: Pour, Color/Look/Smell, and Flavor. Now I don’t necessarily condemn drinking beer right from the bottle, but I don’t really condone it either. Let me explain. 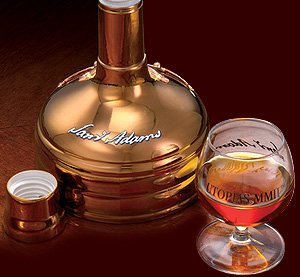 Beer is an awful lot like wine. Now how many people do you know who would buy a really nice bottle of wine and just swig it right from the bottle? Well, aside from the guy who thinks he’s Jesus living behind your dumpster, but chances are he’s looking toward the Night Train, ya know? Anyway, very very few. A normal person even a little in the know will use a proper wine glass or champagne flute, whatever the case may be. And, as I’m sure you can imagine, there’s a proper way to pour wine as well. Now, back to the brew: the bottle in which it comes may be pretty and convenient, but it is merely a vessel. Especially cans. Repeat after me: really good beer does not come in cans. Sorry, but it’s true. So, now that we’ve established that a nice vintage needs to be poured into a glass, let’s go over a few steps on how to do it correctly.

Before I go on: I have never been a bartender. I have, however, known a bunch of them over the course of the many years I worked at restaurants and I have combined my knowledge from everyone into a few simple steps. They’re really not that difficult but you’d be amazed how discombobulated people can get when they’ve got half of the beer’s head all over the floor and it tastes as flat as sour orchestra note. Just take it easy, let gravity work for you, and you’ll be pouring like a champ in no time. 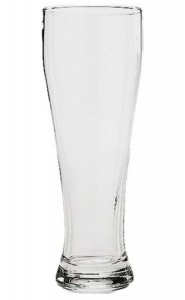 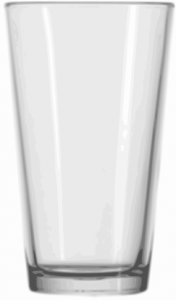 I have two main glasses at my disposal and three different versions of them. It’s really up to you what you want to use, but since companies actually manufacture glasses specifically designed for beer, well, you see what I’m getting at. I use either a standard Pilsner glass, a Larger Sized Pilsner glass (20 oz.), or my personal favorite, the Pint glass. Of course the Pint glass isn’t exactly a Pint per, say ‘European’ standards (see: Ireland), but it does hold an entire 12 oz. beer and it looks like a Pint glass, so I stipulate. So, once you’ve chosen your preferred decanter, it’s time to pour. 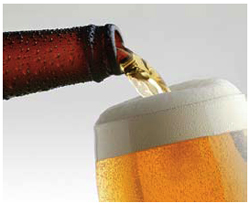 Beer, like wine, is far better when it’s ‘opened up’. That isn’t to say it’s best when the top is removed, though that does ultimately assist in removing it from the bottle. However, it does mean that it needs to be exposed to the air. Subtle flavors and aromas are buried deep within the liquid elixir and the only method of retrieval is to pour it out. So, with glass in hand, or, if you’re feeling a little less brave, on a flat surface more like a table and less like a toilet lid, and with an opened beer in the other, we marry the two. Slowly.

Step 3. Enjoying your beer to its fullest.

There’s no reason to chug your beer unless you’re playing a drinking game, and you really ought to do that with some inferior swill. Believe me, if you buy yourself a fifteen-dollar six pack, the last thing you want to do is kill it off before you enjoy it. So, whether you’ve chosen a Porter, a Stout, an Ale, a Dunkel, a Witbier, or any number of available options out there, make sure you set upon it with enjoyment and an open air of critique. 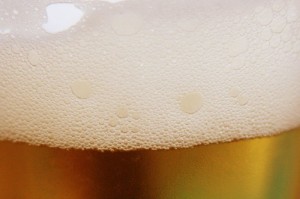 Beers didn’t get their selling points and descriptive adjectives without having been thoroughly tested and tried first, and there’s no reason why you shouldn’t do the same: Trust the taste, not just just the look. One of the most fun things to do is to seek out a brew you’ve never had and give it a whirl. Trust me, if you’re a true beer fan, the worst possible outcome is that it ends up not being your favorite, but still a palatable beer. Enjoy your beer: it’s one of life’s greatest pleasures.