Humanity hasn’t physically evolved much since we took our current state, but over the years, we’ve found certain body parts and functions to serve less purpose than they previously had. So, we’ll assume evolution/natural selection will take care of some of these pesky things to bring us one step closer to perfection. And that’s when the aliens will return and deem us worthy to join them in intergalactic dominance. 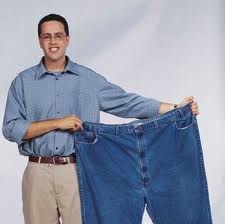 We are fat these days for a couple of reasons, one of which is that early humans didn’t eat as often as we do today. Fat cells are the body’s emergency storage tank, which come in handy when there isn’t much to hunt along the Bering land bridge. Today, we’re sure to have meals more frequently than early humans (I’m hoping that no one in a drought-infested desert is reading this), meaning we don’t need excessive fat for survival reasons, especially since it’s now more likely to be unhealthy.

Of course, today we also eat fattier, processed foods and use our muscles less than we did thousands of years ago, but it’s clear that excessive fat no longer serves the same purpose that it once did. We should evolve based on how we currently live and will continue to live, so here’s thinking we’ll all develop higher metabolisms to more quickly burn of calories. 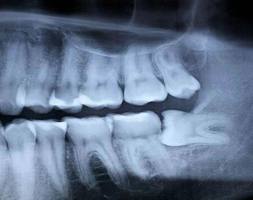 This isn’t because I don’t think mine are super cool since they grew in straight and give me that enhanced chew while eating, it’s because so many people get them removed for dental reasons, and about 35% of people don’t get them at all. Wisdom teeth: Gone. 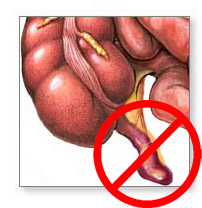 We’re not entirely sure what the appendix was originally meant for, but we do know that we don’t need it, and we often have to remove it when suffering from appendicitis. Over time, it’ll shrivel up until it’s gone completely. Also, we already have something very similar looking elsewhere.

Goosebumps act as the mechanism for controlling the thick hair we no longer have, whether it’s because we’re cold or suddenly frightened. For instance, when a cat gets goosebumps, its hair stands straight up. When we get it, the cat laughs at us cause we’re clearly being pretenders.

Now, the other option here is to regain the thick hair to make the goosebumps useful again. But that’s not what we prefer, so let’s just get rid of them all together. 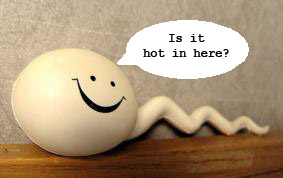 Testicles are temperature controlled. When they get too cold, the scrotum shrivels up, and vice versa. This was fine for early man, as their balls were more exposed to the elements. But today, under layers of clothing in temperature-controlled rooms, not to mention global warming, they remain loose, shifting as we walk, squooshing as we sit, forcing us to frequently adjust or scratch. The constant abuse will tell the body that its design is no longer practical. Eventually, the sperm will get used to the warmer temperatures and eventually enjoy 98.7 degrees of the body. At that point, the testicles and scrotum will permanently shrivel up into the body. No more scratching.

Sex No Longer Leads to Pregnancy 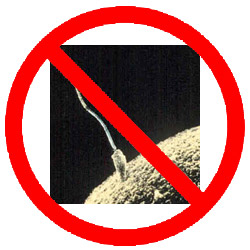 It’s been obvious over the past millennia or so that humankind no longer has sex for procreation purposes. At least, most of the time. In fact, many feminists believe they owe nothing to the survival of the human species and find the act of sperm fertilizing an egg to be a ‘violation’ of a their body because it’s not a conscious decision, even in circumstances when protection is not used. That is why they claim abortion is ‘self defense’ against an intruder. These are real arguments, folks (and facts, according to them).

So how will the human evolution movement handle this? Obviously, sperm can’t get written consent from the woman to fertilize an egg, and it’s still too soon to phase out the uterus in an attempt to please the feminists who want even more equality with men. So, women will grow some sort of permanent barricade that will flawlessly shoo away sperm. But not a problem for the survival of the species, folks, because we still have In-vitro fertilization. Or something else. I don’t know. Anything but a violation of the body and a self defense claim.