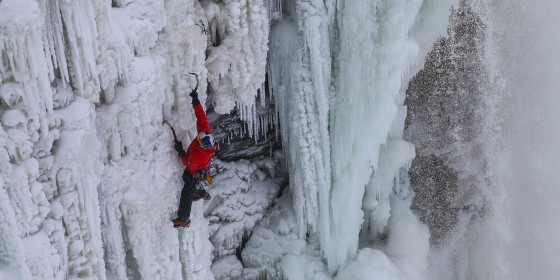 The folks at Red Bull are up to it again, sponsoring elite athletes who want to do crazy shit. This week it was internationally renowned ice climber Will Gadd, who had it in his mind to climb Niagara Falls. He has traveled to the ends of the earth to find the world’s most challenging climbs, and now has accomplished a life long dream of climbing his home country’s most iconic landmark. 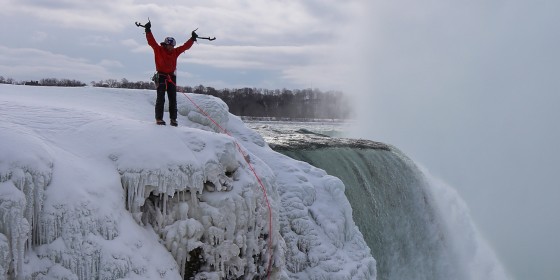 Of course he scaled the frozen section of the falls, because 150,000 tons of water flow per second is rather difficult to navigate up stream.

“The massive water flow constantly shakes the ground and makes the ice shelves and walls around you unsteady and unpredictable. It’s a harsh environment and an intense challenge to stay attached to the wall let alone climb it,” remarked Gadd.

He indeed was able to climb it, and became the first in history to make the ascent up 140 feet of frozen falls. Check out the amazing video below…