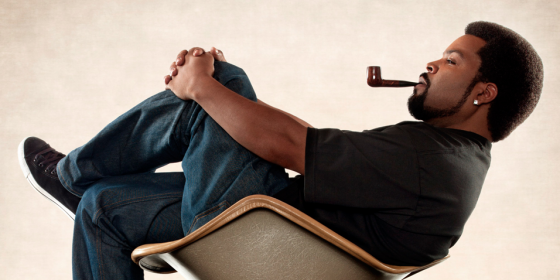 So apparently Ice Cube studied Architectural drafting before becoming a Rap Star. Which made him the perfect guy to join the Pacific Standard Time campaign and highlight some iconic LA architecture :

The Eames House was designed by Charles and Ray Eames to be their home, a place to live and work. Built in 1949 as #8 in the seminal Case Study House Program, the Eames House was an experiment in materials, technology and, ultimately, a way of living that came to define the post-World War II era.