Sports > Hockey > If Other Sports Were Like the NHL 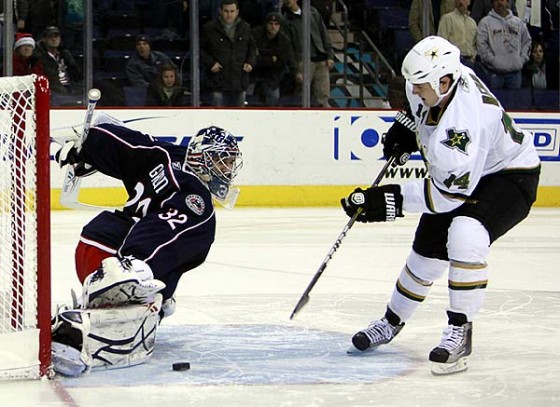 As a diehard hockey fan, ever since they introduced the shootout to games after the lockout I have been against it, but put up with it because casual and non-NHL fans seemed to enjoy it. With highlight reel moves, and a way to decide a sure winner, what’s not to like?! How about everything about it.

The biggest problem I have with the shootout in the NHL is in fact the long list of highlight reel goals.

Not so much that they look awesome, but the fact they happen so frequently.

These are not real in-game hockey skills, but arbitrary trick shots they made up for a special situation. With the exception of the Pavel Datsyuk goals at Number 2, and from Number 6 forward, none of those moves would be able to happen in the real flow of the game.

The capper to that video is first goal of the series. “He has yet to score this year” the video starts out. And then he does that.

Leave that sort of crap to the All-Star game, that way everyone can enjoy it and it doesn’t cause negative effect on the games. 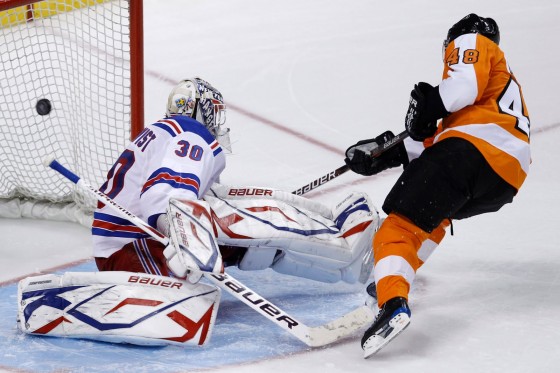 What bothers me more than anything… the fact it is a specialized skill, often times one perfected by players who are not that great.

“Hey you’re a third-line player but you have some awesome moves in your bag. I know I would never otherwise trust you with the game on the line, but get out there!”

Here are the Top Five in the NHL in shootout goals scored, followed by their total goals and league rank in the category. 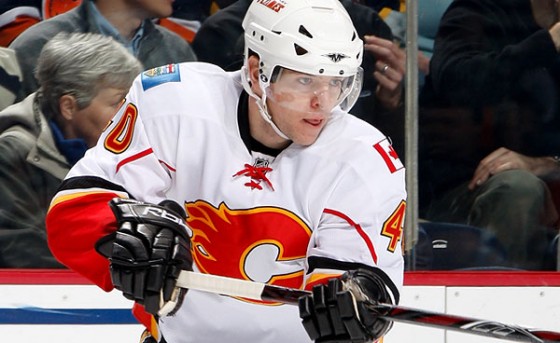 With the exception of Vanek and Tanguay, the other three players on this list are all outside the top 100 in total points on the season, the biggest outlier being Zuccarello, who comes in at 314th and has only played in 34 games! But somehow he’s one of the best shootout scorers in the league.

It completely defeats the purpose of this being a team game. It goes from 20 guys playing hard all night long to an event that in the normal run of play happens MAYBE once every 15 games.

But the NHL will have you believe that this is the best way to end games, because of those highlight-reel goals, and because it is their idea of a fair way to decide a winner.

If I’m commissioner of the NHL, I’m getting rid of the shootout. It’s lost it’s appeal, and is just an all-around ridiculous way to decide a winner in a hockey game.

But what if other sports decided they wanted to take a page out of the NHL’s book, and figure out a more “exciting” way to decide a winner, AND get highlight reel plays. Here are my suggestions for how other major sports can decide their games from now on.

Easy. Remember those NFL Quarterback challenge drills they have every year, where 4-5 marginally popular quarterbacks compete to win more money. That will work perfect.

Tell me that wasn’t exciting! The biggest plus to ending NFL events this way, is that it gives the NFL what it wants: More coverage of QBs! Tell me every NFL analyst out there wouldn’t have an orgasm if Peyton Manning and Tom Brady got to go head to head in that event. It’s perfect. It gets rid of the other 10 players on the field (no injuries can be our excuse) and focuses on what the NFL wants. Win win for everyone involved.

We’re going to play H-O-R-S-E to decide our games from now on.

Just look at those awesome shots! We’ll even allow them to bring out props, and interact with the crowd, it will be great publicity. Just think about seeing those shots on the SportsCenter Top 10. The problem we run into with this is we get specialized players who are only on the team because they can make these types of shots. Remember that kid in high school who was terrible at actual basketball, but would stand around throwing up half court shots, and banking it off the wall trying to make it? Well he would be perfect for this. Welcome to the NBA! And with the potential NBA lockout coming, we’ll need a way to bring in new fans.

Another easy one. HOME RUN DERBY!

Why have the rest of the team influence the game when you can just send out your biggest slugger, and batting practice pitcher (saves real pitchers arms!) and watch the ball leave the yard. Fans love the home run derby, so why not have it decide games rather than go to boring extra innings where “real” baseball would decide the outcome. And if you really wanted to add intrigue, the Home Runs hit in this scenario could count towards their season’s actual total. “Boy! Miguel Cabrera hit 73 home runs this year, what a slugger!” “Yeah, but 25 of those came in the home run derby tiebreaker”

Oh wait. They decide their games with a shootout too. Nevermind. But even worse than the NHL, they have their biggest games, like the World Cup Final decided by a shootout. DUMB! “Well these two teams have played a great, close game, but we’re tired, and rather than keep playing to decide who is world champion for the next 4 years, we’re just gonna go ahead and have a shootout.” At least the NHL has the brains and decency to get rid of the shootout in the playoffs. 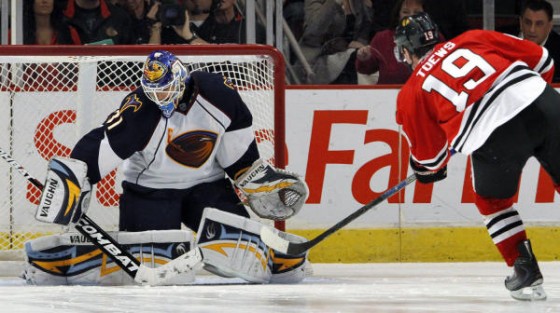 Of course none of these ideas will ever take hold, because they’re dumb, stupid, arbitrary events that shouldn’t affect the outcome of a game. But don’t tell that to the NHL or Gary Bettman, that would make too much sense.