Gadgets > Games > If The XBox 360 Press Releases Were Honest

If The XBox 360 Press Releases Were Honest 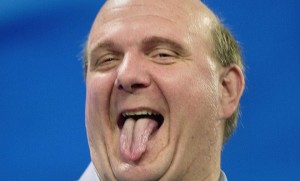 You may have recently heard that the Xbox 360 update coming soon will block third-party memory cards. You may be wondering why, when faced with a competitor that’s crushing us in terms of market share, and another competitor at the same price point that seems to have finally read a forum post about what people didn’t want, that we would do such an insulting and damaging thing to our user base.

You’re committed, so we can squeeze you for all you’re worth. You’ve probably invested another thousand bucks in peripherals and games at this point, so it‘s not like you can jump to the other guys. And, to be honest, we weren’t expecting this thing to break quite as often as it turns out to have, but you guys seem not to care. Sending us back a broken system and just asking for a new one is like telling us “Thank you, sir, may I have another?” We’ve got a running bet on how many RRoDs somebody will send it before they quit in disgust, take their stuff to GameStop, and get a Wii.

We really thought abusing the customer wouldn’t work for us like it did in software, but we guess you really can ass-ram your customers and they won’t know to get the hell out while the getting’s good.

Besides, you think this is bad? Wait’ll you see what Windows 7 does to your desktop.