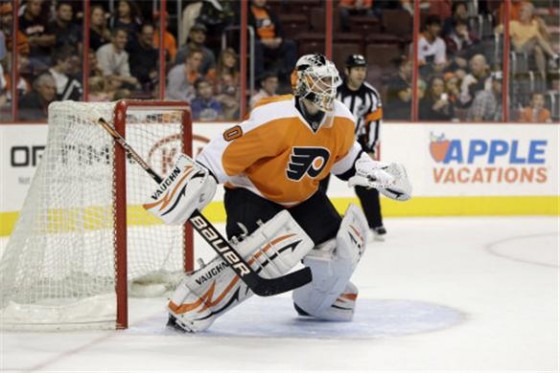 As a long-suffering Flyers fan, I was cautiously optimistic when the team signed former Phoenix Coyote goaltender Ilya Bryzgalov to a nine-year, $51 million contract last June. Well, thus far, I haven’t been impressed with the guy’s netminding skills, but he sure does make for an interesting interview. And by interesting, I mean OMFG did he really just say that on camera?

To put it mildly, he’s an enigma. I can’t tell if he has some weird Russian sense of humor that doesn’t translate in the good ol’ US of A, or if he’s certifiable. And crazy rants from HBO’s 24/7 did nothing to change my opinion about his mental stability. That’s why I find this fan-made rap which labels Ilya the “Puck Stopping Philosopher” so damn awesome.