Humor > Videos > I’m on a Cow! The Old Spice Parodies

I’m on a Cow! The Old Spice Parodies 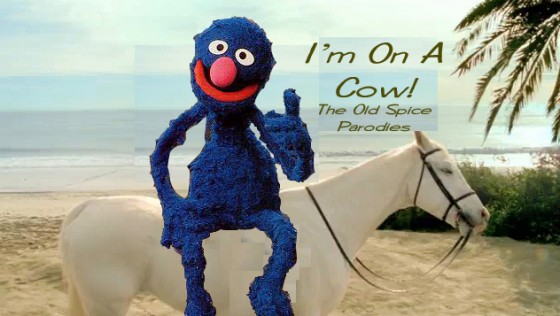 Ah, parody. The simplest form of humor that everyone seems to screw up. I mean seriously, all you’re doing is aping the original and tossing in a few rearranged words of your own! Parrots and myna birds live for this stuff! Also babies and kids! Alas, very few people have truly mastered the fine art of parody, and only one is the true Guru: Weird Al Yankovic. But that is not the point. Back to me. The point is, these ten parodies are of the well known and classic Old Spice Commercial. You know, ladies, this one:

The ad in and of itself is a riff on others of its ilk so, parody was inevitable. But what is a good parody? Hell, what even passes as a decent parody? Well, most of these, I’d say. But, without a doubt it’s the first, featuring the world’s finest monster, Grover, and the new internet sensation about the Letter N. Yes, that’s what this is all about. I’m on a chair.

Kid on a Horse

Deadpool and the C2 E2

I’m in a Porsche

Your Dog is a Steak and Cheese