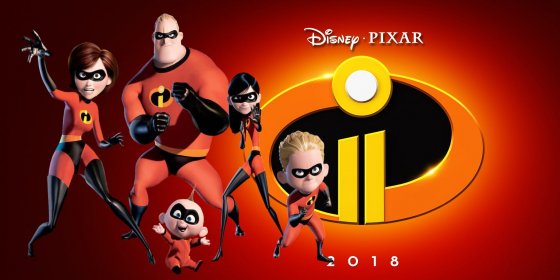 Just like an old friend knocking on your door after some time away, Incredibles 2 shows up in theaters after a 14-year absence with a mischievous grin and the promise of high-flying adventure. And boy, does it have some stories to tell while you play the catch-up game. While the base plot remains the same – one parent leaves the family to do superhero business while the other takes care of the children – enough of a spin is put on everything to make the film refreshing, engaging, and involving. 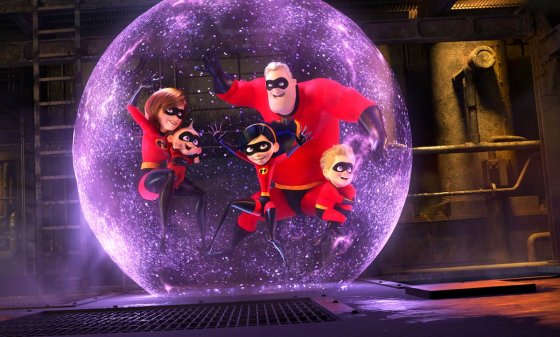 Parents might find themselves appreciating Incredibles 2 more than their children – which is not to say the children won’t enjoy themselves. There’s plenty for everyone to identify with and enjoy as the film isn’t lacking for humor or action. No, the parallels between the Parr family and adult audience members’ multifaceted lives as parents – guardian, friend, homework-helper, cook, diaper-changer – are this film’s hook. We’re given more of the family actually being a family rather than growing into their budding roles as superheroes.

We join Incredibles 2 in the closing moments of the first film, including Dash’s (Huck Milner) track meet, Violet’s (Sarah Vowell) first conversation with dreamboat Tony (Michael Bird), and the harrowing battle with The Underminer (John Ratzenberger). Of course, the valiance of the Parr family, including Bob’s (Craig T. Nelson) slightly dunderheaded efforts, gets painted as another reason why “supers” shouldn’t be a part of society and remain restricted. The Parrs are disowned by the government, given no further assistance, and have two weeks to establish a new life before they’re kicked out of their temporary motel home.

However, Winston Deavor (Bob Odenkirk) and his sister Evelyn (Catherine Keener) – the founders of technology giant DEVTECH – see this as the beginning of the fight to re-legitimize supers, choosing Helen/Elastigirl (Holly Hunter) to be the face of their campaign. With the help of DEVTECH’s body cams providing easy news footage, Helen becomes a new media darling through daring rescues and her disarming personality. As films like these go, her rise in popularity brings a new nemesis, The Screenslaver, capable of hijacking any television or computer monitor with images rendering the viewer into a hypnotic trance, including train operators and aircraft pilots.

On the home front, equally terrifying is the slack Bob suddenly has to pick up. Dash comes home puzzled over “New Math”; Bob tears his hair out trying to learn it so he can help Dash with his homework. Because of a stray remark Bob makes to his government handler, Violet gets ditched, setting off superpower-fueled teen angst. Speaking of superpowers, we learn through trial, error, and sheer madness that Jack-Jack (Eli Fucile) has powers. Namely, ALL the powers – turning his body into a flaming demon, lasers shooting out of his eyes, interdimensional jumping, you name it. This mirrors early infancy, where babies soak up every bit of input before knowing exactly what to do with it all, and it’s a hell of a thing.

The phrase “take it and run with it” is given cinematic life through Incredibles 2, taking everything established in the first film and building mightily atop it. We don’t have to sit through the growing pains of a former superhero trying to regain his past glory; unburdened by exposition, Incredibles 2 has the power to just be. This new film strikes a wonderful balance between Helen unraveling the mystery of The Screenslaver and Bob trying to wrangle his family as they pull him in every direction. While Helen gets the majority of the film’s action beats and powers the main narrative, the film’s heart lies in what the Parrs do when they’re not superhero-ing.

This is where writer/director Brad Bird’s script lights up the screen, with unexpected moments focusing on the hilarity of humanity. A certain comfort is given by seeing the Parrs’ frustrations with everyday life, seeing some of our daily challenges exaggerated to the point of satire and parody. We know the pain of first crushes and parental intrusion. All of us trembled at the thought of new concepts at school and not understanding a lick of it. For those of us who are parents, the sleepless nights Bob spends worrying about everything are a gentle reminder of how far we have pushed ourselves trying to care for the people we love.

The action plot may be somewhat recycled from Bob’s arc of the first film, but Bird makes a terrific move by giving it to a female character set in a time when females didn’t have this kind of opportunity. Helen doesn’t waste a second of it and admirably rises to the occasion, using her vast smarts and abilities to unlock the secret behind The Screenslaver. Voiced warmly by Holly Hunter, Helen provides a solid backbone for the film, keeping us rooted in the main narrative while the others are free to fly around her. As his name implies, her altruistic benefactor Winston Deavor embodies the spirit of discovery and possibility, giving her access to all of DEVTECH’s assets so she can work unfettered. He’s more of a background facilitator than a main character, wisely stepping aside for Helen to take center stage. 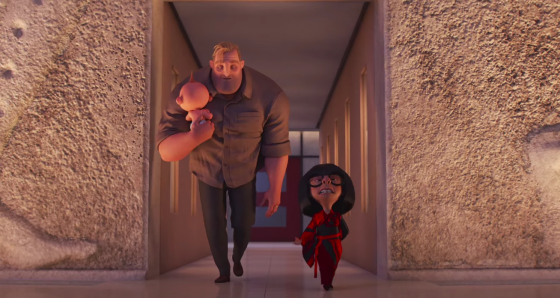 Seeing Incredibles 2 once is not enough; once you get over the film’s many surprises, the film holds more thematic and metaphoric delights to unpack. The period-appropriate McCarthyism still pervades the territory by substituting supers for the “Reds,” but the postwar hope of the era also reigns. Ralph Eggleston’s sublime production design harks back to the experimental architecture of the 1960s, reflecting a time when Americans were in a constant state of social flux. So, too, are our superheroes; not only is the forced upheaval stemming from the previous film affecting them, they have to deal with continuing on. It’s this fight to advance which Incredibles 2 captures so well, vaulting it into the “Better Than The Original” category by not only staying respectful to the characters, but to the universal struggle for understanding and equality.

Just like an old friend knocking on your door after some time away, Incredibles 2 shows up in theaters after a 14-year absence with a wide grin and the promise of high-flying adventure.