Sports > Other > Self-Inflicted Stupidity in Sports 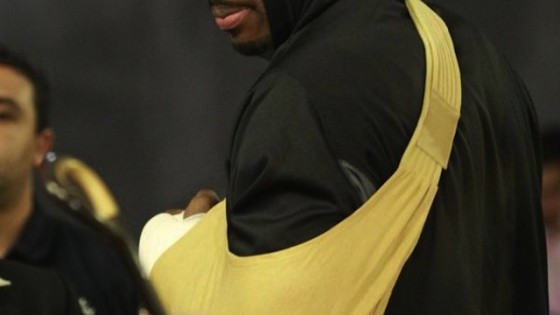 Last night the Knicks Amare Stoudemire decided to vent his frustration with the team’s performance by getting into a fight with a fire extinguisher as he left the court in Miami. Early reports indicate that the injury is serious, requiring stitches to his hand and putting his arm in a sling, endangering his chances to play the rest of the series. While Stoudemire’s injury is among the most damaging to his team, he is hardly alone. Athletes have a proud tradition of injuring themselves.

We put together a list of the ten dumbest self-inflicted injuries in sports. We weighed our selections based on severity, avoidability and outright idiocy involved. 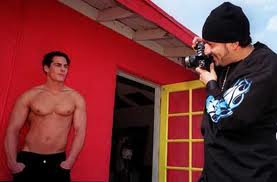 While not strictly speaking a self-inflicted injury, the journeyman outfielder missed games for the 2002 Orioles after falling asleep in a tanning bed and receiving a severe sunburn.

If only Marty had a job that let him spend more time outdoors. 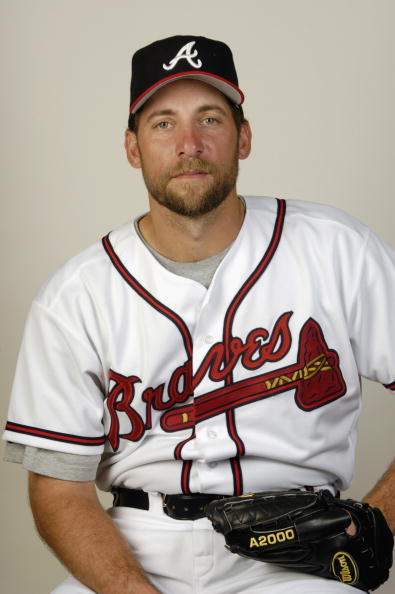 Sure, most of us have accidentally scorched ourselves with an iron while getting out those stubborn wrinkles, but few have done so as spectacularly as Braves Pitcher John Smoltz, who reportedly did so while wearing the shirt.

That's right, John Smoltz, one of the smartest pitchers of the last few decades, burned himself while ironing a shirt he was wearing at the time.

We only drop this injury down to the bottom of the list because Smoltz has repeatedly denied the story over the years.

Zumaya, a Tigers reliever with a 101mph fastball, missed the 2006 ALCS due to an unusual forearm injury. While arm injuries are hardly rare among pitchers, the Tigers training staff diagnosed the wrist and arm swelling Zumaya suffered as guitar playing injuries. Surprisingly, Zumaya didn't play guitar, but was instead addicted to the Guitar Hero video game.

While he recovered in time to pitch in the World Series, Zumaya's career has been hampered by injuries, and he is currently out of baseball. 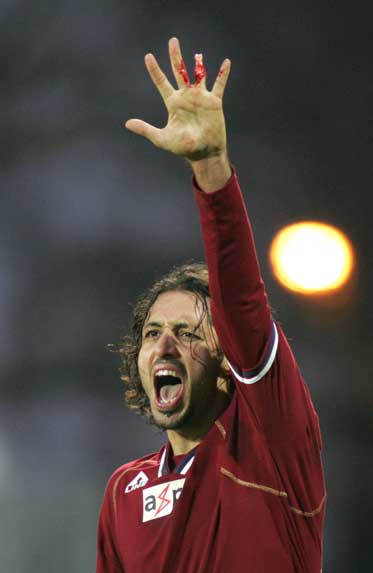 Normally we don't spend much time on European soccer, but Diogo's gruesome injury bears mentioning.  Celebrating an assist in a 2004 league game, Diogo climbed the fence surrounding the field. Unfortunately for Paulo, when he jumped down from the fence his wedding ring caught on the metal and was ripped off his hand, along with a majority of his finger.

In a moment of referee indifference, Diogo received a yellow card for excessive celebration while writhing on the ground in pain.

Cardinals rookie Bill Gramatica did little to dispel the notion that kickers aren't real football players when he tore his ACL while celebrating a first quarter field goal against the Giants in 2001. What makes this injury even more egregious is that he was kicking for a 5-7 Cardinals team that was already eliminated from the playoffs. 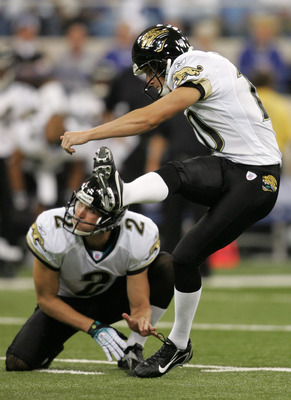 Jacksonville Jaguars Punter Chris Hanson was having a good year in 2003, following up his 2002 Pro Bowl appearance with a contract extension and a strong start to the season. That ended when he was placed on the injured reserve in October with an axe injury.

No, Hanson wasn't stockpiling wood for those cold Jacksonville winters, but instead was taking a swing at a stump placed in the locker room by coach and fellow genius Jack Del Rio.  Del Rio had to consider himself lucky it was only the punter who nearly chopped his foot off, and not one of the real players who had taken a swing at the log.

5. Kareem Gets Revenge On Himself

Kareem Abdul-Jabbar is the most talented athlete to make this list, which almost makes it impressive that he managed to suffer the same injury twice. Angry over (a possibly intentional) finger to the eye in a 1974 exhibition game, Kareem took out his frustrations on the stanchion for the basket, breaking his hand and costing him 16 games.

In a 1977 game Kareem was again angry after an elbow from Bucks rookie Kent Benson. Learning at least one lesson from his previous injury, Kareem found a softer target, breaking his hand on Benson's jaw. Abdul-Jabbar missed two months and Benson wound up with a broken jaw.

Our only repeat entry, Chris Hanson and Jags kicker Jaret Holmes spent time in the emergency room with first and second degree burns in 2002 when they attempted to move a hot pot of fondue. An eruption of hot cheesy goodness covered both players and Hanson's wife. Sadly, neither the cheese or the pot survived the incident.

(Yes, the video is in Spanish, but it's still perfect.) 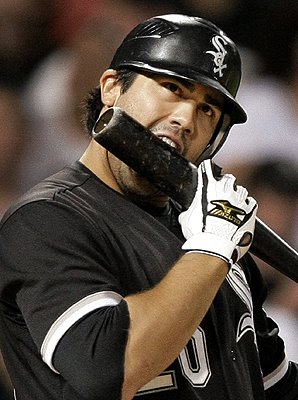 The sheer volume of equipment available to baseball players lends itself to self-inflicted injuries committed in a fit of anger. We couldn't pick just one.

Carlos Quentin punched his bat, broke his wrist and missed the rest of his breakout 2009 season.

Kyle Farnsworth injured his knee by kicking a fan (non-human variety) in 2004.

Oliver Perez kicked a laundry cart and wound up on the DL in 2005.

Kenny Rogers dislocated a finger by punching out a water cooler, but we hear the cooler had it coming.

Troy Tulowitzki spent time on the DL after slicing his hand while breaking a bat.

2. Plaxico Burress Shoots Himself In the Foot 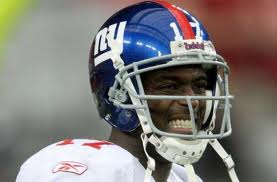 Okay, technically the Giants receiver shot himself in the leg during the 2008 season. While out partying in New York, Burress took along an unlicensed gun tucked in to the waist of his sweatpants. As the gun started to slip, Burress, who had failed (shockingly) to take any safety precautions, grabbed for it and accidentally shot himself in the thigh.

While the wound itself wasn't serious, it turned out to be the most damaging injury on our list. Burress spent two years in prison and cost himself millions of dollars in salary and bonuses.

Following a rushing touchdown in the first half of a game against the Giants, Frerotte, then the Redskins QB, slammed the football into the barely padded wall behind the end zone. Apparently impressed with how well the ball bounced off the wall, Frerotte decided to try it with his head with poorer results. Poor Gus was unable to finish the game, watching the final minutes of a 7-7 tie at the hospital, diagnosed with a sprained neck and an extreme case of stupidity.