Sports > Baseball > Injuries on the Rise in Major League Baseball

Injuries on the Rise in Major League Baseball 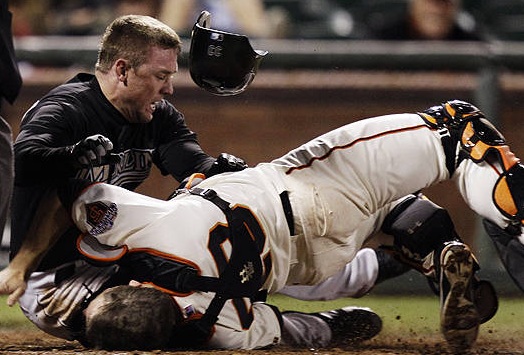 One of the more masculine injuries suffered this season.

Does it seem like more of your team’s players are landing on the disabled list the past few years compared to 10 years ago? It isn’t just your imagination. According to a recent study by the American Journal of Sports Medicine (and reported by Reuters), injuries are definitely on the rise in Major League Baseball.

(We’ll pause while all the football and hockey fans out there make their “soft” and “weak” comments).

The study also found that pitchers were injured more frequently than position players, accounting for 62% of all injuries. Not a very surprising stat given the immense wear and tear placed on a pitcher’s arm each time he performs.

Also not surprising is the fact that injuries to pitchers usually involved strains or tears in the elbow or rotator cuff while position players were most susceptible to an injury to their legs or groin muscles. 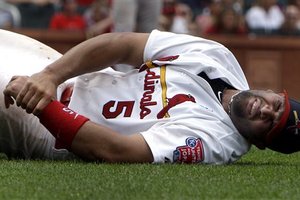 Finally, the study found that the rate of injuries actually decreases as the seasons wears on, signaling that players may not be doing enough during the winter months in order to prepare themselves for the strains of the regular seasons. Once they get the ball rolling and get into a regular fitness routine, the study shows that major injuries tend to happen much less often.

All in all a very interesting study especially considering the obvious correlation to steroids. Unfortunately, we will likely never know the true scope of performance-enhancing drugs in Major League Baseball and we will never know what injury might have been linked to former use, or just how many injuries were prevented during the peak of use.

From a fantasy baseball perspective, this is a very familiar issue. Seemingly every year a different star on your fantasy baseball squad succumbs to a major injury, but the past few years have felt a bit different – and now the numbers support it. In addition to the major season-ending injuries that occur each year, there has been a rash of trips to the DL by seemingly the majority of the big movers and shakers in the league. While the study ended with the 2008 season, the research should show in a few years that the past couple seasons have only continued the trend. Already fantasy owners pursue younger talent due to the larger upside and smaller injury history, and given the current data, this trend should only make the movement to younger stars that much greater in the world of fantasy baseball.