An Inside Look at Why All Sequels Are Exactly the Same 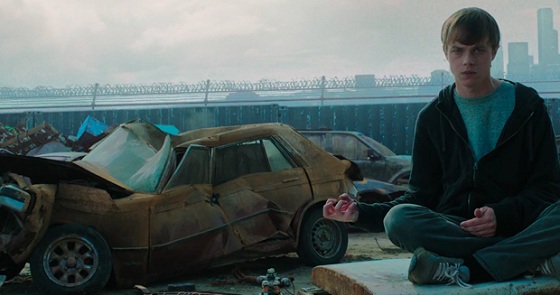 We thought Chronicle was a pretty great film and most critics seemed to agree. Then again it’s kind of hard not to enjoy a film where teenagers upon discovering they have superpowers actually use them in a realistic way. Mainly by scaring the shit out of kids and mind punching people they dislike into a pool of blood and pulverized fecal matter.

With that in mind it will probably come of no surprise that a sequel was announced. What may surprise you though is that FOX studios turned down the initial script because it wasn’t exactly the same as the first movie. Remember that YouTube video where they put the Hangover 1 and 2 trailers together and they synced together perfectly?

That’s apparently how movie studios want all movies to be from now on. Shit, is this why we had seven Saw movies and are going to be forced to watch a fourth Paranormal Activity? Holy shit, is this why we’re getting a fifth Die Hard too? The worst part is that director Josh Trank doesn’t want the sequel to be the same — he wants it to be an evolution of his original vision.

Just to clear this up, Josh Trank is fighting against a massive corporate entity to stop the superheroes he created coming back to life in an almost identical form and wreaking the same havoc they did before. Hell, that’s an awesome idea for a movie; make that shit instead FOX, we have Chronicle on DVD and want new movies.