Sports > Football > Inside the Locker Room with Jerry Rice

Inside the Locker Room with Jerry Rice 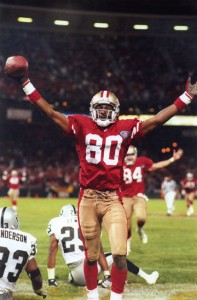 Normally when someone goes one on one with THE best wide receiver in NFL history, they get a queasy feeling in their stomach. How can you defend greatness? For me it was a chance of a life time, to meet one of my sports idols. Well, ok I did not try to defend Jerry Rice, but I was able to speak with him about a new NFL promotion. We discussed the Gillette Fusion MVP Locker Room Giveaway that not only might take you to Super Bowl XLIV in Miami and win loads of other great prizes, but lets you inside the team’s locker rooms.

Gillette has partnered with NFL Films and NFL.com to create a weekly three-minute video that will give fans exclusive access inside select NFL locker rooms. Behind-the-scenes footage will include players and coaches’ post-game speeches, the presentation of game balls as well as selecting the team’s “MVP” for that week. For anyone who loves football this is a dream come true. You get a chance to see the players show raw emotion after a win or a loss. I have to applaud NFL films for the way they shot the videos because it makes you feel like you are right in the locker room. Plus if you missed out on the weekly video, you can check out all of the past weeks.

Since they don’t have any embeddable video, we’ll just roll with this one:

As a fan watching especially after the Super Bowl, when a reporter has to go to the losing teams locker room it made me always think how can someone want to be interviewed right after a loss in the biggest game of their career. Jerry Rice had that feeling as a Raider after the loss to the Tampa Bay Buccaneers in Super Bowl XXXVII. After winning three Super Bowls with the 49ers, he unfortunately felt the other end of the spectrum being on the losing team. He told me that he still had to face the media and go out and answer the questions and take it like a man. 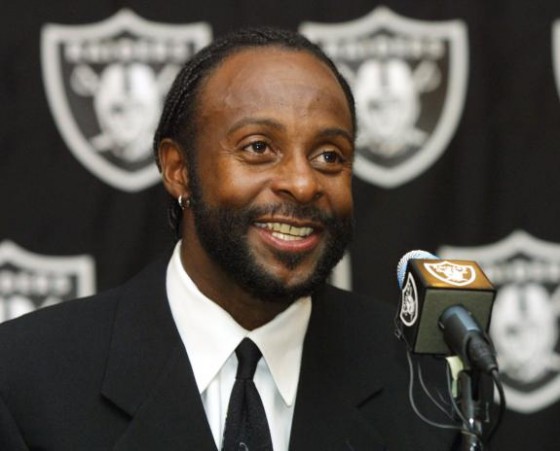 With the Gillette Fusion MVP Locker Room Giveaway you can be able to look at your team in a new light and see what it is like after a victory or loss. If you are a fan of the NFL, or any sport in general you will admire the way these films give you access to places you would never be able to go as a fan.

For the full interview with Jerry Rice, check out the first episode of our new podcast, The Gunaxin Show.