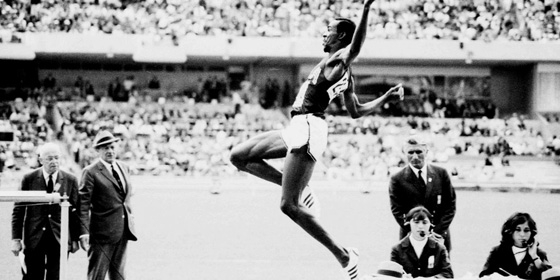 Bob Beamon shattered the long jump world record during the 1968 Summer Olympics in Mexico City, Mexico. He didn’t break it by a few inches or even a foot, he beat it by nearly two whole feet becoming the first person in the history of the world to clear 28 and 29 feet.

That was back when the only way to watch was on ABC, live. There were no spoilers because there wasn’t a social media presence or any way to stream online, there was no internet. So when it happened, the whole world was watching, and it was glorious. 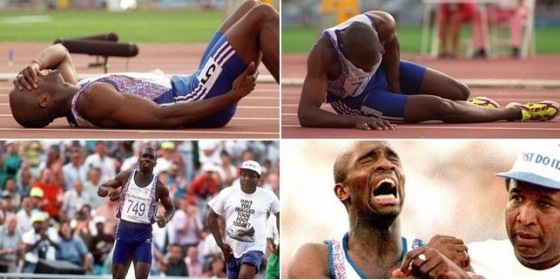 That moment, along with many others over the years, have helped turn the Olympics into more than just a sporting event, it has become a source of inspiration for a country, athlete, or the world. It could be something as simple as an underdog wrestler overcoming the giant mountain of a legend to win a gold medal or a Syrian refugee whose amazing journey to get to the Olympics being medal worthy on its own. 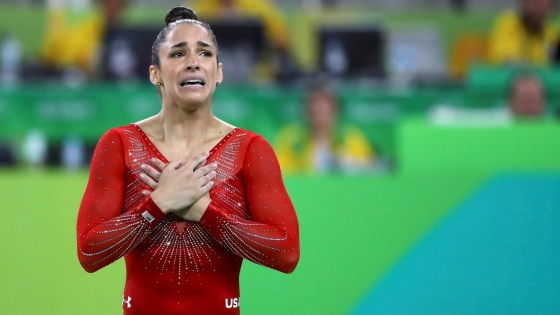 At the Rio 2016 Olympics, we’ve already been inspired by the Refugee Team, Ibtihaj Muhammad, Majlinda Kelmendi, Fiji Rugby, Simone Manuel, and Aly Raisman, who each have their own stories of perseverance and triumph. All of them will be remembered for years to come, but which one made our list of most inspirational Summer Olympic Games moments? Read on to find out…

Imagine having to run for 26 miles in a little over 2 hours, barefoot. The Olympic marathon is a race that has watched several hopefuls, year after year, not even finish the race. That is nearly impossible, with shoes, let alone without any. Abebe Bikila trained without shoes, so when it came down to it, he made a last second change and decided to run without shoes. Not only did he do it because he was more comfortable running on his bare feet, he wanted to also show the determination and heroism of the people of his country. 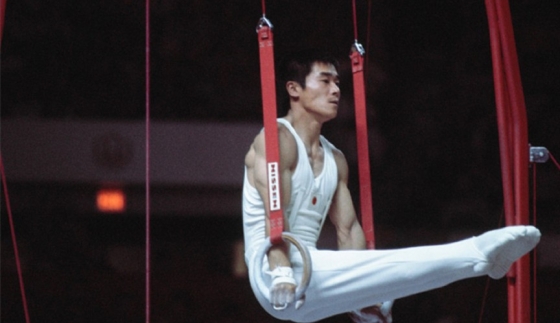 During the 1976 Summer Olympics, Shun Fujimoto did something amazing, he competed for, and won, an Olympic gold medal with a fractured kneecap. After breaking his kneecap in the floor exercise, Shun didn’t tell anyone about his injury. Instead, he went on to compete in two more events, the pommel horse and the rings. He scored a 9.5 in the pommel and a 9.7 in the rings, both scores are amazing with two good knees. He didn’t want to let his team down so the pain was nothing compared to that gold medal showing just what a gold medal means to these Olympic athletes. 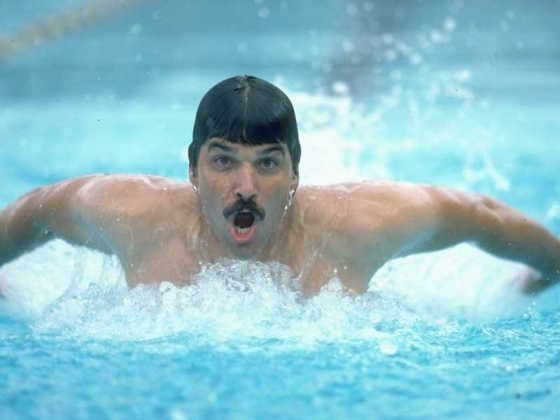 Prior to Mark Spitz’s 1972 Olympic appearance, the most Gold medals ever won in a single games was 5 during the 1920 games. (Willis A. Lee, Shooting) He almost didn’t even want to swim in seven events for fear of losing the final event and being considered a failure. Along with winning a Gold medal in every single event he swam in that year, he broke the World Record in every single event.

For 13 years, Aleksandr Karelin dominated the sport of wrestling and he did not lose a single match the entire time. He even went on a six-year run where he didn’t even give up a single point. So when Rulon Gardner was forced to face him in the Championship match of the 2000 Olympics, the obvious choice would be the “Russian Bear.” But things didn’t go as planned and Gardner inspired an entire nation when he raised the American flag following his upset heard round the world.

Imagine jumping off a diving board and smashing your head into the board as you are heading back down into the pool. It’s like being hit with a baseball bat and can cause serious life-threatening injuries. Greg Louganis cut his preliminary dive a little too close to the board and ended up flopping into the pool after crushing his skull into the board, suffering a concussion in the process. Even with the injury, he managed to remain focused and returned to the pool to earn two more Olympic Gold medals

Inspiration does not have to come from Gold medals and world records, it can come from watching an athlete give his entire heart and soul into an event, leaving nothing for tomorrow. Eric “the Eel” Moussambani started swimming eight months prior to the 2000 Olympics, training in lakes and hotel pools because his country didn’t have the funds to support a full-size 50m Olympic pool. He finished his heat twice as slow as Pieter van den Hoogenband, who won the event. But that did not matter, he had shown so many other Olympic hopefuls from developing countries that they should never give up on a dream.

There has never been an Olympic moment where a father comforted his son in front of millions of spectators from all over the globe more inspirational than this. Jim Redmond broke through security to rush to his son, Derek, who had just torn his hamstring and was limping his way to the finish line. As Jim got to him, he did what any father would do, he gave him a shoulder to lean on and he helped carry his son past the finish line as almost 70,000 fans watching from inside the stadium wept along with Derek. He did not want to give up, knowing it was the last time he was going to be racing in the Olympics.

If you don’t know the story of Kerri Strug’s amazing vault in the 1996 Olympics, you must be living under a rock. Team USA needed her to finish and just land a vault in order to bring home the Gold medal but the previous vault saw her landing awkwardly on her ankle. She ended up sucking it up and on her next vault, finishing with one of the most amazing vaults in Olympic history. 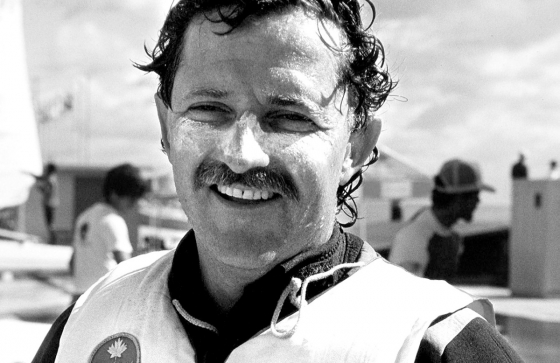 During his Olympic Finn class race, Lawrence Lemieux was running in second place when he spotted a capsized Singapore dinghy that caused Joseph Chan and Siew Shaw Her to be thrown into the water and in need of help, quickly. Without even thinking about the fact that he was well on his way to a medal, he immediately diverted the boat off course to help both sailors until a patrol boat could come by and take over. When he returned to the race, he ended up finishing in 22nd place and losing out on any medal. However, the International Yacht Racing Union reinstated Lemieux’s position after hearing about what happened and rewarded him with a second place finish because of that.

In 2007, Matthias Steiner’s wife died in a tragic car accident. The loss of his wife caused Matthias to lose 18 pounds, which isn’t something any weightlifter wants to be doing less than a year before the Olympics. Despite the tragedy, he managed to return to training and earned a spot on the German Olympic team. After failing on previous attempts, he forced himself into a tough spot where he would have to lift 258 kg in order to win an Olympic Gold medal. The moment was one of the most emotional moments in Olympic history as Matthias cleanly lifted 258 kg, winning the Gold medal and immediately crying as the emotions of the moment took over him.

Michael Phelps was the heavy favorite to win a record 8 Gold medals during the 2008 Olympics. But it wasn’t going to come easy. The first road block happened during the 4×100 Freestyle relay where the US found themselves trailing Alain Bernard, the France speedster, by a half a body length in the final 50 meters. Jason Lezak was the final hope and the American anchor overcame a nearly impossible comeback to out touch the wall in one of the most dramatic finishes in the swimming arena. That was, until the 100m Butterfly final where Michael Phelps trailed Milorada Cavic, Serbia, with less than 25 meters to go. He ended up getting it done and he finished by one hundredth of a second. Both races changed the way fans enjoyed Olympic swimming. 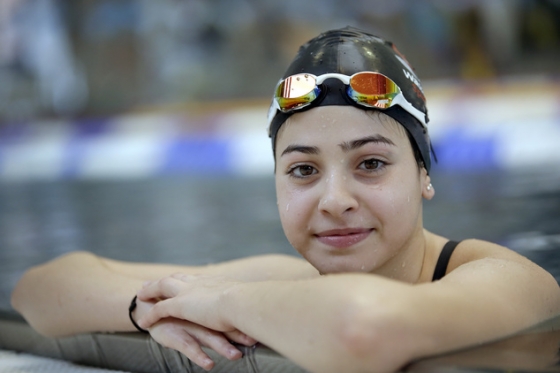 During the Syrian Civil War, Yusra Mardini trained in pools that suffered from serious bombing damage and some had holes in the roof where the attacks occurred. She then lost her home in Damascus so she fled the country with her sister by her side. They escaped to Turkey where they were able to find a boat that could take them across the dangerous waters of the Aegean Sea and into Greece. But when a boat built for six people found itself running across the open water with 20 refugees, the engine ended up dying, leaving them all stranded in the middle of the Aegean Sea. Yusra, along with her sister and two others, jumped out of the boat and into the water where they began pushing the boat for three hours until they reached safety in Lesbos. She found her way to Berlin where she continued her Olympic training and she earned a historic spot on the inaugural ROT, Refugee Olympic Team. She didn’t win the 100m Butterfly, but she did finish her one and only race solidifying everything she gave up to get there. If that doesn’t inspire you to work harder and to not sweat the small stuff, then maybe the next one will.

Jesse Owens won four Gold medals during the 1936 Olympics in Berlin, a feat that put him in a class of his own. However, it wasn’t the Gold medals that makes his story inspirational. It was his defiance of Adolf Hitler that made this moment the greatest in Olympic history. At a time when Hitler was just beginning to tease at the notion of another World War, it was Jesse Owens that showed up in Germany and did the only thing he could do, prove Adolf Hitler wrong by showing that African-Americans weren’t inferior to anyone. It was a moment that turned Jesse Owens into a legend. 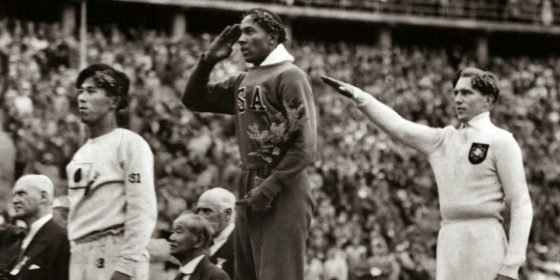