Most Interesting. Voice Cast. Ever. 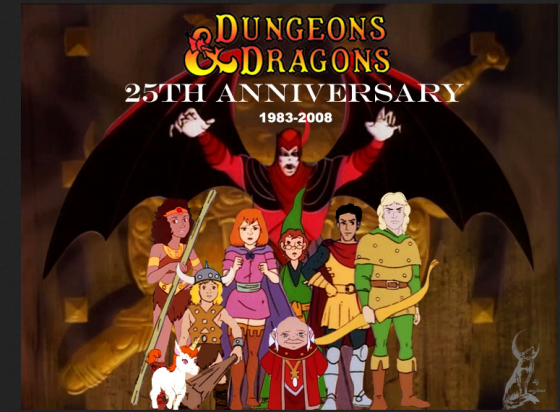 To hear people talk about the cartoon series Dungeons and Dragons, you would think that it ran throughout the entire 1980s on joyful Saturday mornings. It’s impossible for some of us to believe that next year will be the jaw dropping 30th anniversary of the show. It will be impossible for anyone else who has heard the rest of us dribble on about it that it only lasted one season. Then again, this is our vengeance against all of the people who still believe that Firefly should have been the first TV series to be awarded a Pulitzer Prize. At any rate, have you ever looked at the voice cast of this amazing and memorable toon? We have and it’s going to floor you. First of all, the essential cartoon throw down in the 1980s had to be Optimus Prime versus Megatron. 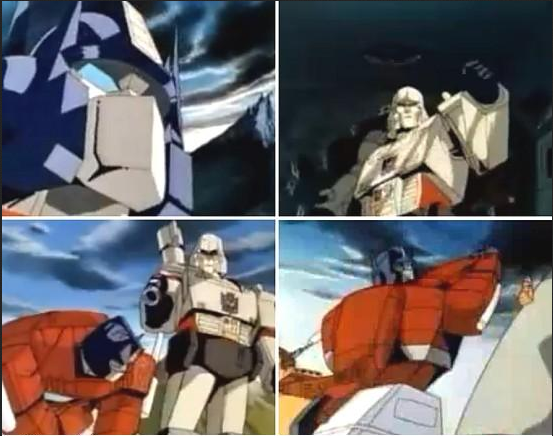 When Peter Cullen passes away grown men are going to cry at the headline “Optimus Prime Dies.”  Of course, Optimus Prime dying is kind of Optimus Prime’s thing (but that would be a different and really interesting article). To review, Peter Cullen is Optimus Prime to the point that fans would accept no one else for the live-action movies. What does any of this have to do with Dungeons and Dragons?

Well, Optimus has got bills (and possibly warrants) and Dungeons and Dragons was actually on before Transformers. Had Dungeons and Dragons survived, Peter Cullen might well be known for *gasp* a thoroughly evil character. That’s right. Peter Cullen was the voice of the main bad guy that a roller coaster ride gone amuck can take you too. Cullen was the voice of Venger, the Force of Evil. Venger was also the son of the Dungeon Master. What other motivation do you need when you are the friggin’ Force of Evil? 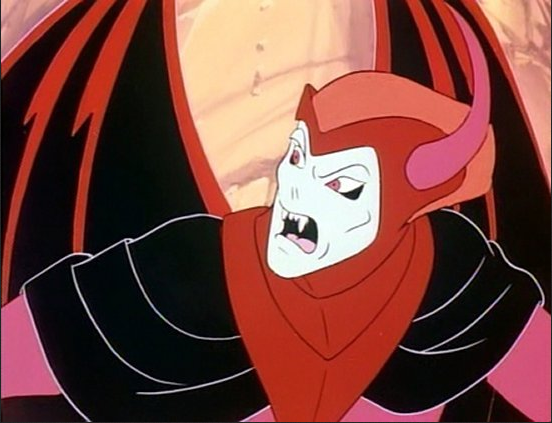 Now, for Peter Cullen, you must have Frank Welker. Cullen is like the cobra to Welker’s mongoose. Hardcore Transformers fans noted that Welker was not Megatron in the Transformers live-action movies. Welker is a voice legend who was Megatron in the original Transformers animated series. Welker also worked on Dungeons and Dragons, and their characters were mortal enemies even then. Welker provided the voice for Tiamat, a five-headed dragon that was a force of nature against the intrepid travelers,as well as Venger. If you grew up in the ’80s, you thought a dragon had to look like this in order to impress you. 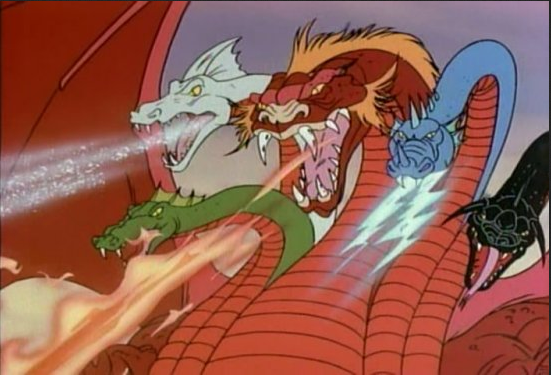 So, you have Optimus Prime and Megatron as the villains. Who do you send against these formidable opponents? You send in ’70s sitcom stars! Seriously, this is like sending in ponies against some sort of weird mystical overpowering Lord of Wizards and Darkness. Now, we are thinking, who did they give the role of Hank the Ranger too? Keep in mind, outside of a cartoon universe, Hank the Ranger is either in special forces or a bouncer in a gay bar. There is not a lot of middle ground on this. Hank the Ranger was the leader of the group of kids that seriously underpaid for inter-dimensional travel. Hank had a bow that could pull arrows literally out of Hank’s ass. He was handsome, cool, calm and collected. Who do you get for this absolutely pinnacle of budding manhood? 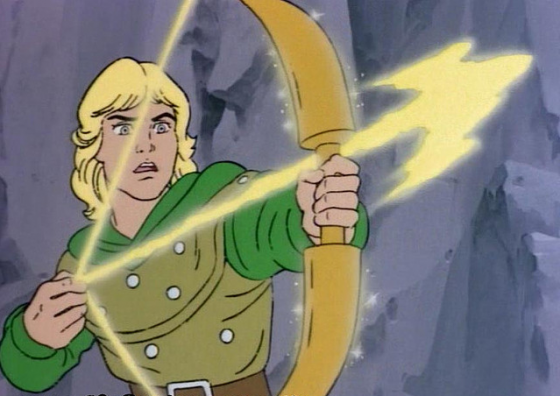 A towering example of testosterone, that’s who. But when that guy hangs up on you, you move on to Eight is Enough star Willie Aames. Yes, your natural leader is a guy who was a perpetual sidekick to Scott Baio. Just curious, why on Earth has Willie Aames not yet appeared on See Dad Run? What could possibly be holding that one up? For those of you that may not remember, here is what Willie Aames looks like. 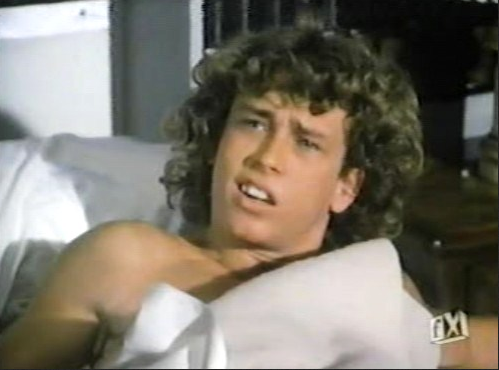 Or rather, that is what he looked like in the 1970s. Willie Aames today is scarier than Jonathan Lipnicki today.  Apparently, everyone associated with Eight is Enough had the same agent because Adam Rich was cast as Presto the Magician. For those that have never seen the show,  Presto was a proto-Harry Potter who pulled magic items out of a hat. Of course, he also had a lot of self-confidence issues about not yet hitting puberty. Let’s get this straight. His real name was Albert and he chose the dorkiness of being called Presto. Presumably, before he went into the amusement park, he just went to high school with his own personal ‘Kick Me’ sign on his back to save all the other kids the trouble of making one. Plus, that back slap really hurts. 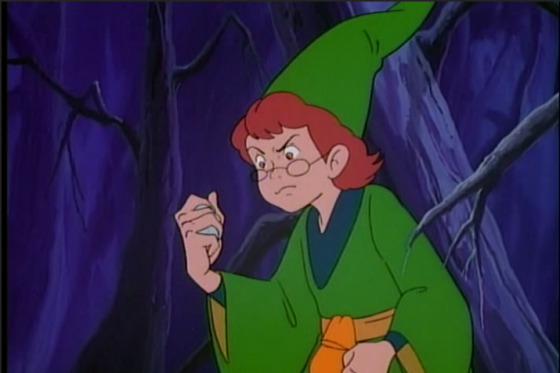 In addition to the Sorting Hat either putting him into Hufflepuff or a Revenge of the Nerds sequel, Rich was one of the few people who were a lot more adorable in real life than his animated counterpart. To this day, Rich is probably still screaming, “Hey, where was the awesome?” 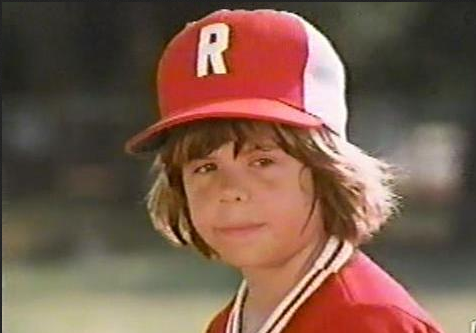 We saved the best for last. Everyone who saw the show remembers a kind of dickish character named Eric the Cavalier. Eric is a selfish snob and often shows signs of cowardice; he’s also the most whiny sci-fi character this side of Luke Skywalker. His heroism is often very reluctant and Eric is the only one who seems legitimately worried about going home. To add insult to injury, he is the object of scorn of a baby friggin’ unicorn. In short, Eric is exactly like ninety percent of us actually would be in the same situation. Eric does get a magical shield, and when push came to shove, he would shove back. Also given half a chance, he would have been the guy to leave everyone to bang the Snow Queen for some decent chocolate. 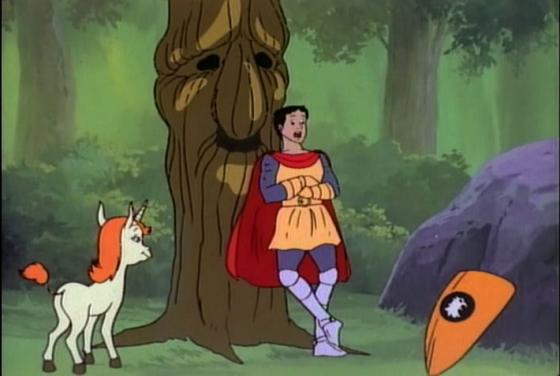 But where are you going to find an actor to portray such realistic depth? Who would have the skill and experience to pull the whole thing off? Some genius in casting screamed when they found out, “Oh my God, we could get Don Most!!!” If you don’t recognize who Most is, then go back and watch Happy Days. Most was none other than the seemingly immortal Ralph Malph. There just doesn’t get more awesome than a guy who will surely have had a heart attack in the ’80s on a total bender crying over the play of the Green Bay Packers. 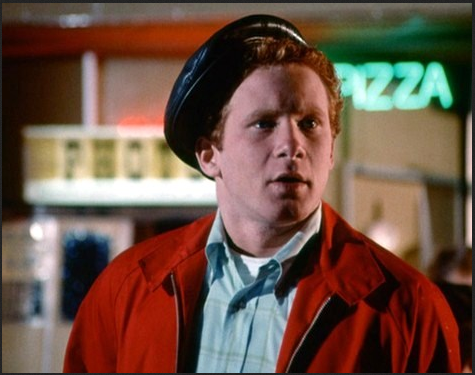 What’s more awesome than rocking a beret and a beer gut at 16? Nothing.