Considering his numerous appearances on Conan, his work for Cracked.com, his performances in College Humor videos, his role in the creation of Team Tiger Awesome (“the 13th most subscribed Youtube comedy channel of 2008”) and the movie Kill Me Now I can say without exaggeration that this is Nick Mundy’s internet and the rest of us are just borrowing it. So imagine how grateful we here at Gunaxin are to have him give us his time for this interview.

What was your first job in professional comedy?

Back in 2007, ABC Studios optioned a pitch we (Team Tiger Awesome) came up with to do the Pilot Presentation. We wrote it, shot it, thought it turned out great. Everyone really liked it. Then the writer’s strike happened, everyone left their jobs at ABC and the project died. Now that I think about it, we never got an official “pass.”

How true is it that the Team Tiger Awesome video sketch comedy troupe was your idea?

It’s true in the sense, that I moved into Clint Gage’s couch with telling him with the idea that he, Truly, and I should make stuff. Then we waited five months later until the Houston Astros got swept in the world series. Then we started making stuff. Also, it was my idea to steal the name Team Tiger Awesome from a buddy in my fantasy football league whom is now a priest.

What was your most memorable experience making vids for that channel?

Well, the 13th most popular sketch group thing was always a joke, I never paid attention to where we were. We just liked making sketches for different companies? One of the most memorable moments I had was making the sketch “Oprah is Dead” for comedy central. We were shooting this 30 second, very complicated shot, with 25 actors all doing their own very specific thing. It was our biggest sketch to date and it was great to see Clint direct that scene with complete confidence on this fantastic set that Michael Truly (he handled set and costume design) built. It was just great to see that when we started off with just three guys fucking around, and now we could doing this huge project. Great time Also, Truly had his pants down for most of that day for the scene and I think I saw his penis a couple of times.

Do you have a favorite of the TTA videos?

It’s a tie between “Sometimes the Best Team for the Job is the Worst Idea Ever”:

You’ve also done a lot for College Humor Originals. What’s a particularly memorable event from working for them?

Not anything in particular except that they extremely professional, wonderful people and some of the most talented folk around. They’re all great. I act in a bunch of their sketches now and Clint directs a bunch. Clint and I just did this web series for them and Call of Duty which was a lot of fun. However, I’m sure if you ask Clint he would have rather cast someone else besides me.

What’s your favorite of the College Humor videos you’ve done?

Hands down, Every Teen Movie Ending

I love this sketch!

How did you get on Conan?

A great friend and guy I’ve worked with for years (he’s been in our stuff, we’ve been in his), Scott Gairdner is now a writer and director over there. About a year ago, he cast me in this sketch “Brozen Brogurt” which was a lot of fun.

Then a few months later we did “Gold4Gold” and everyone loved it.

Now we’ve done five of the Pink Shirt guy selling stupid s*** sketches and hopefully we do a ton more. Conan seems to like them a lot, which is still insane to me. Meeting him is still a surreal moment for me

I don’t think I’ll ever make a full transition to TV because I think no matter I like doing stuff. Whether it’s a sketch on Conan or Swardson’s show or something on internet, if it’s fun and I’m working with people I like, then I’m into it. If I could have a successful career writing and acting and continue to do stuff for Cracked and College Humor then I’ll be a pretty happy fellow.

Most importantly, you’re The Breeze whom threatens to go “Oscar Wilde on someone’s ass” in the horror comedy feature film Kill Me Now. How would you describe the experience of performing in that?

Amazing and exhausting. Sure, it was exhausting and pretty rough, I was sick for like a week, and we all had to pitch in and do things to help the production going, but I was working with some great people, some great friends and it was a lot of fun. Plus it was my first feature and I was honored that Swaim would ask me to be in it. 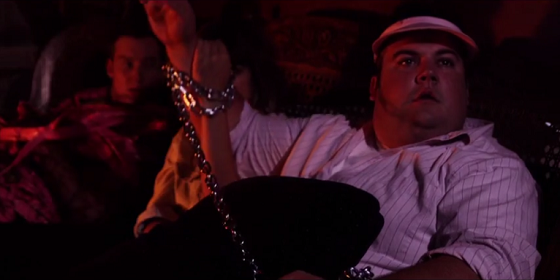 What incidents from that shoot stick out in your memory?

On the last day of the shoot I had been up for 3 days or so with no sleep (I gave up trying) and we we’re doing my very last scene. I did a take and then immediately walked out side and threw up. Then went back to the next take. Then I did it again. Then we wrapped. I wasn’t sick at the time but I think my body was just pushed to the brink of exhaustion that it started shutting down. Hehehe.

Are performing in shorts more your thing or features?

I love comedy. If it’s funny I want to do it.

How’s the feedback you’ve received for Kill Me Now been?

Great. Everyone who sees it seems to really like it. I hosted a screening last year in my hometown of Houston and that was great. My mom likes it. She was really looking forward to seeing The Breeze get killed. Stupid Moms.

Follow Nick Mundy everywhere he goes here on Twitter and make sure to check out KIll Me Now so that Mundy did not vomit in vein.