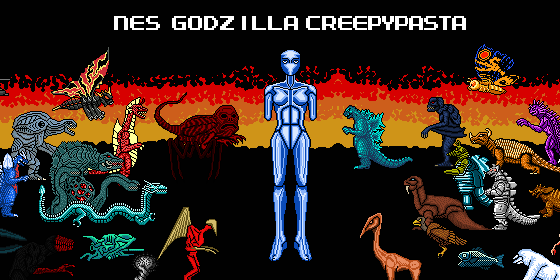 Those are the subjects of author Cosbydaf’s horror stories. It’s one of the weirdest bodies of work on the net and so Gunaxin was delighted he took the time to let us interview him.

Q: What got you interested in writing horror for the internet?

A:  I’d say it was my interest in reading the early creepypastas that prompted me to try writing my own. I really enjoyed the first Mario 64 creepypasta. A good dose of inspiration also comes from the Dark Ambient music that Aubrey Hodges composed for some of the Doom games – it creates a wonderfully creepy atmosphere, and also got me hooked on that genre.

Q: What was the first creepypasta you ever wrote?

Q: What inspired you to write the popular Normalpornfornormalpeople.com?

A:  It was actually done on a whim one afternoon while I was bored. Sort of a creative brainfart. The inspirations were things like shock sites, and just mysterious/disturbing fetish websites in general. I’ve always liked the story element of “Accidentally uncovered something disturbing that you weren’t supposed to see.”

Q: How do you feel about the real website that was made in response to it?

A:  Can’t say I’m very pleased with it. Nobody asked for my permission to make the site (or anything else), and it has little to do with the story anyway. It’s just some lame roleplay thing.

Q: What got you into Godzilla?

A:  My first exposure to Godzilla that I can remember was seeing clips from some of the movies on a (really bad) documentary tape I had:

This was when I was just starting kindergarten. So I was a Godzilla fan before I even knew how to write. I still remember drawing a poster for “Godzilla vs Rodan”, a movie I was sure existed because of clips from that tape.

Q: What inspired you to write a story about an unnatural copy of Godzilla Monster of Monsters? 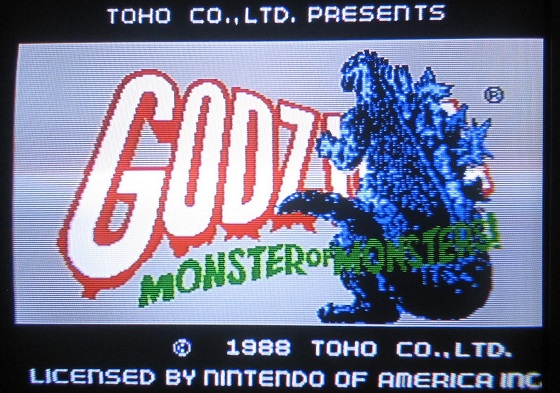 A:  Originally it wasn’t planned to be a story at all, but rather a fangame.  I was going to make a fighting game using the sprites from the original NES Godzilla game, with some custom sprites for new monsters. I was discussing this in IRC with some friends one day, and the joking suggestion of doing a creepypasta came up. I liked the idea, and decided to do that instead.

Q: Were there other games you considered using for the story?

A: Action 52 and Amagon were briefly considered. The former is already infamous (for being a piece of shit). I discovered after trying the game myself that some parts of it are so inexplicable that it’s a little unsettling, which was something I would emulate in NGC. 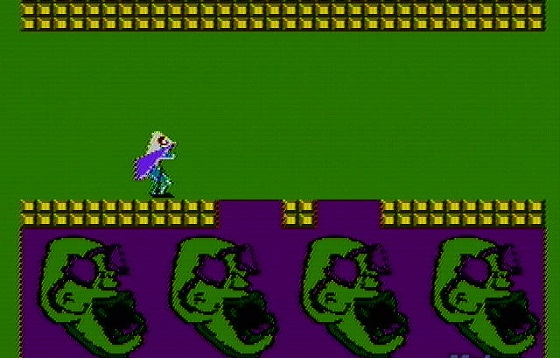 Action 52 Screencap: I think I see what Cosbydaf’s talking about.

Amagon is a game that I had on NES that was also particularly bad and obscure. It’s somewhat of an in-joke with my friends. Ultimately NES Godzilla was much more appealing as a source to me, but I decided to mention both of these in the story.

I might consider doing a story for Action 52 in the future.

Q:  What inspired the design for the rather popular villain Red? 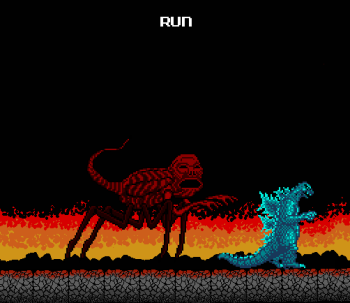 There were quite a few elements; 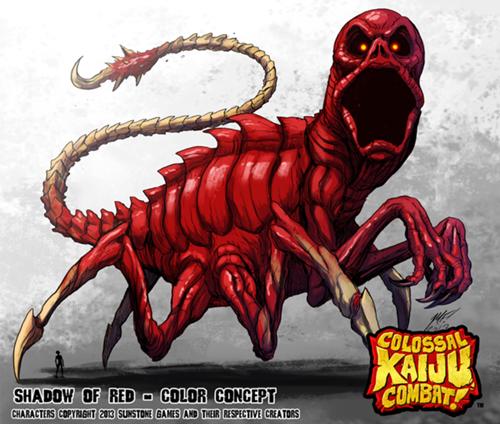 Red’s going to be featured in a real game.

Q: What were some of worst the challenges you faced in creating it?

A: Creating the art and writing the story became extremely tedious as it went on and got more complicated. Having to make all the monster and background sprites speaks for itself. I also discovered that it’s profoundly challenging to keep a story where you follow a video game interesting. Because it can quickly get to a point where “I went through a level, I killed some things, some other stuff happened, and then I killed the boss”. I try to add different elements in, to keep it from getting too repetitive. 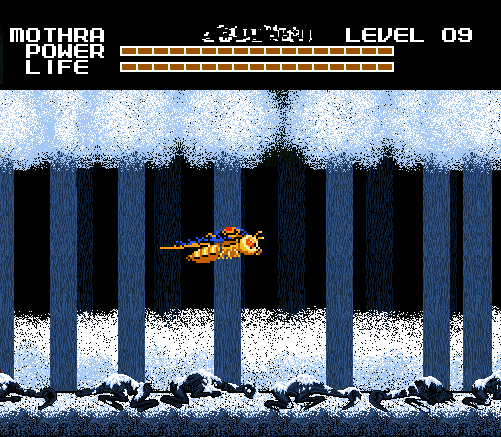 I haven’t seen too many games where all the enemies have frozen to death.

Q: What’s your favorite aspect of the story?

A:  The way the game has it’s own little worlds, with their own scenery, inhabitants, and problems. It’s not all just an attempt to spook the viewer. Also the surreal quality of it, where you’re never entirely sure what’s happening, or why. 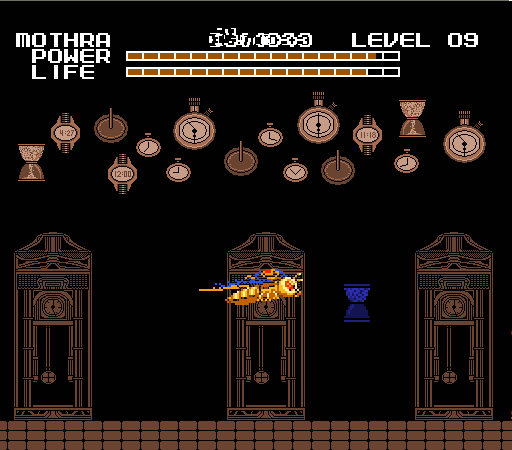 Q: How have you felt about the fan response to it?

A  I was definitely not expecting it to become so widespread. Since completion, it’s gotten more of a reaction than anything I’ve ever made, which was sort of mind-boggling. The overall reaction of it was a mixed-bag, but mostly positive. Hearing from people about how much they enjoyed it, makes me glad I made it.

Q: Do you have a favorite piece of fan work that was made for it?

A:  Can’t think of any for NPFNP. For NGC, my favorite fanart is this: 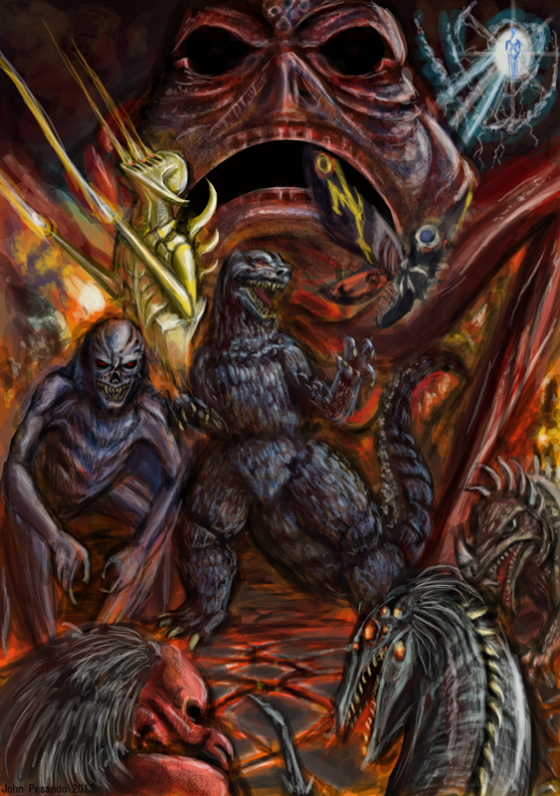 Q: You’ve since begun a sequel. What compelled you to do that?

A: I wanted to do more with the concept, and utilize some monsters/ideas/scenery I didn’t get to use in the first one. So far I’m glad that I did, because if nothing else it greatly improved my spriting.

Q: Some of the content in the story heavily implies the original story was actually a hallucination of sorts. Why did you decide to go that route? 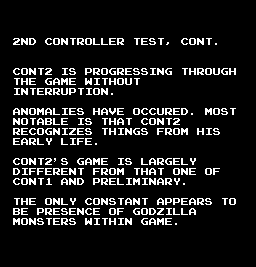 A: One big element of the “NGC Saga” is questioning reality. Of course in context, the game and the screencaps are real, but the rest is up for questioning. I saw one fan positing the idea that “Melissa” has nothing to do with a human, but is another “game creature” using Zach’s memories for it’s own purposes. I enjoy the ambiguity of this.

Q: How’s the feedback on the sequel been so far?

A:  Pretty swell. I look forward to seeing fanart and stuff when it finally gets completed. Though I noted people don’t seem to like Warlock (new villain) as much as Red. He’s a very different kind of villain, and (as some people have noted) much more human in his mannerisms. Though he lacks the raw killing power, I think he will develop to be the more interesting character. 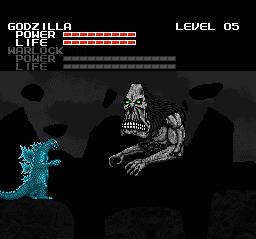 Ensemble darkhorse in the making?

Q: Of your less known stories, which one would you most like to promote now and why?

A: This one, as it didn’t garner much interest: Faith Buddies.

Cosbydaf if offering freelance sprite artwork at his Deviantart profile.

See more of his work at the following pages: 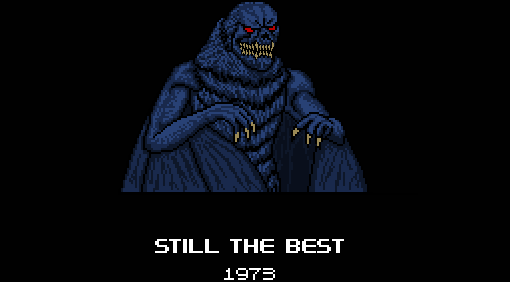