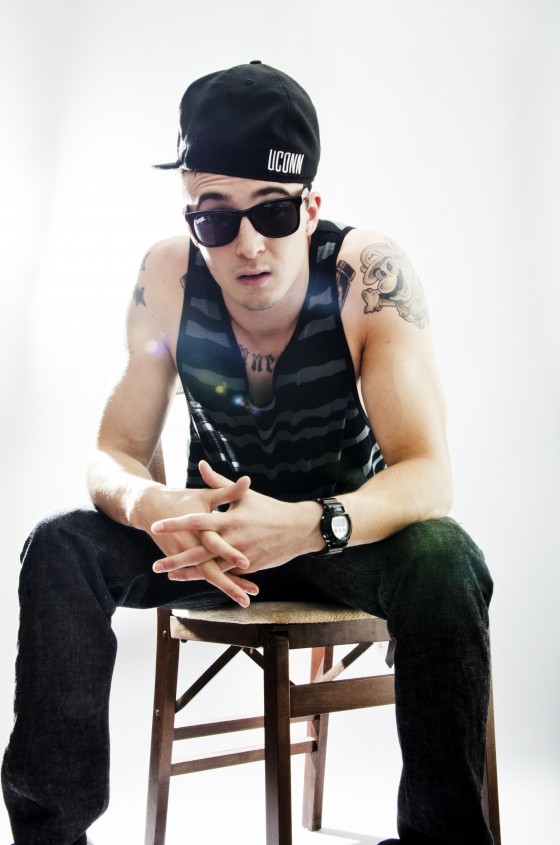 Connecticut born rapper Chris Webby is fresh off a national tour this summer and gearing up to release his first EP this October. He took a few minutes to talk with Gunaxin about the start of his career and where he sees himself headed…

JC: Can you talk about how you started rapping at such a young age and what rappers inspired or influenced as you grew up?

CW: I’ve always been an avid music listener, even before I discovered hip-hop. My dad, a guitar player, raised me on classic rock, blues, and reggae. To this day I still listen to a lot of that stuff. Once I found hip-hop in the fifth grade, I instantly fell in love with it, though. Soon after, I started doing it myself. I’ve always been good with words so it came pretty easily. Not to say I didn’t suck when I first started, because I did. Everyone does. But I knew if I worked at it long enough I would get good at it. I guess I was right.

JC: Online media has provided a major boost in creating such a large following for your work, how do you use social media so effectively to stay in contact with your fans?

CW: Facebook, Twitter, and YouTube have been very important avenues for me in terms of spreading my name. The internet is the number one tool for any artist to develop a fan base now a days. On the flip side, though, it’s not the only way an artist should be getting themselves out there. I remember days back in high school when I would sit on my laptop all day, burning my mixtape hundreds of times on blank CD’s, then hit Kinkos and print out the covers. After that, I would put them all in jewel cases, fit them in a big shoe box, and bring them to school with me to give out to everyone. Sure, it costed me a lot out of my weed dealing funds… but that’s grinding.

JC: How was the national summer tour? What is your best story from being on the road?

CW: The Summer Tour was definitely the craziest experience of my life to date. Granted, it was stressful at times going from state to state driving everywhere in a big van, but it was fun. I got to see places I would probably have never seen if this wasn’t my job. The most fun part of it for me, aside from performing, was white water rafting in Colorado. That shit was insane. As far as stories go…I mean, there were many drunken adventures that went down after the various shows. I just don’t remember most of them. I do remember that the night after the Rochester, NY show, our buddy Pat got drunk and passed out in his boxers. I then proceeded to draw my tattoos, to scale, on him in sharpie. I wonder what went through his head when he woke up with Connecticut across his chest.

JC: Who has been the rapper you have been most excited to work with? Who is the one rapper you’d like to work with in the future more than anybody else?

CW: So far, everyone I’ve working with personally has been pretty dope. From Big K.R.I.T and Apathy, to the more mainstream recognized Gorilla Zoe and Freeway, each track writing experience has been different and cool in their own way. As long as whoever I’m in the studio with is excited about it, whatever we’re working on always tends to turn out sick. As far as the future goes, it’s hard to tell..I guess we’ll see what happens.

JC: What can fans expect on the EP release this October?

CW: I’m working on making this EP something that my fan base has never quite heard from me yet. Not to say that it will lose the true essence of what my music is all about, but I want to take the overall sound to a new level. I’m pretty excited about how it’s turning out so far.

Thanks to Chris for taking the time.