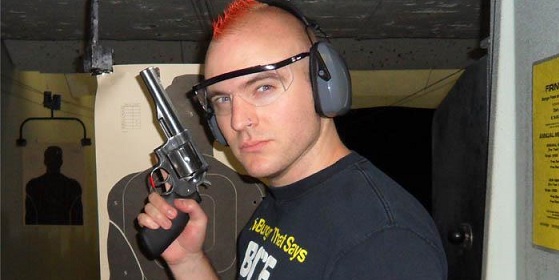 Not many writers have the range to professionally cover mixed martial arts highlights, romantic advice books, Nintendo Entertainment System games, and Hostess Snake Cake advertisements in comics. Seanbaby (who no one suspects is secretly mild-mannered comedian Sean Reiley) has written hilariously about those subjects and seemingly everything in between. Now, with the release of his top-selling game Calculords, he took the time to answer some of our questions about his gonzo oeuvre.

How did you get involved in Electronic Gaming Monthly, one of your first high-profile gigs?

Crispin Boyer saw my stuff on Seanbaby.com and contacted me to come in and write some fun jokes. It all went exactly as planned and Dan Shoe hired me to do a column.

What are some of your favorite articles you did during that period?

There was no shortage of bad games every month in the early 2000s, so it’s hard to remember all the games I reviewed. Ones that really stuck in my mind were Fugitive Hunter, a game inspired by 9/11 about killing Al Qaeda and then knocking out terrorist leaders with karate. It had a freestyle rap theme song asking where Osama Bin Laden has been “Hadden.” It was so rad, but just a failure in every way a game can fail. 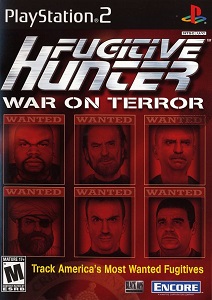 I was also sent in to make fun of a cosplay parade since I think Japanese cartoons are for nerds too antisocial to play Dungeons and Dragons. And cosplay events seem like places parents leave their half-nude children and hope for an abduction. That being said, I thought cosplayers were pretty adorable as a people and the article was a lot more positive than the editors were expecting.

What’s your favorite memory of that job?

That job was nothing but fun. If you ever get a chance to joke about games for a living, do it. I loved seeing what nutbar games the editors would find for me, but my fondest memories came from trying to get absurd things through the magazine’s gauntlet of copy, standards, and legal editors. My greatest triumph was probably when I made up a game called Phil Collins’ Mouth Full of Balls Racing and it made it to print.

Your name was one of the selling points for getting the magazine RETRO kickstarted. How’s that been going since it started releasing issues last month?

I really like it. I’m glad it’s doing well.

Moving on to your work for Cracked, what got you started there?

I was writing for several magazines, but they stopped paying me after they, as a concept, stopped existing. So I took a gig for a few games and shows and websites, but eventually started devoting most of my time to Cracked.com. They indulge my nutbag concepts and there are some really funny, smart people there.

Fans of your work from that site will remember that you had a particular hatred for hack “romantic” list machine Gregory Godek. Do you remember what started that and have you ever heard from him?

I collect terrible and bizarre books, and a huge collection of my library is dedicated to romance books. F***ing Godek wrote about 40 of them, and each one is so goddamn stupid, irresponsible, and lazy. I had “MOCK THIS DIPSHIT GODEK GUY” on my white board for years before I finally got around to it. As far as I know, he’s never contacted me, but when you Google him, the entire first page is links to my Cracked articles, so I imagine he hates me.

Probably the most memorable character created in the site’s history (unless he predates it) is your version of the goofy-looking demon Popsicle Pete. He’s the only one with his own facebook group, after all. What inspired him in particular?

If he’s not an unspeakable force of terror, he just makes no sense. It’s not only his leering drum major face– the character was born from a dark mystery no one will ever understand. A boy who never entered a contest won a contest to become “Popsicle Pete.” That really happened.Then he disappeared for 2 years and came back as something… different. When I’m writing dialog for “Popsicle Pete” in my head, he knows I’m there.

Of all your articles for that site, which one do you feel is the most underappreciated?

I’m pretty proud of all my Cracked stuff, but any article that’s laid out in a strange way tends to piss people off. I once did an entire article in the style of a Marvel Super Heroes RPG Manual, and another as the closed caption writer for S**t My Dad Says. I also did a fake magazine once where the Tobacco Industry and the Surgeon General were having an argument back-and-forth through cigarette ads. Those were all undeniably brilliant, but didn’t get a great reaction. A big portion of the readers don’t enjoy anything in comic book format either, despite Man Comics’ man smashing awesomeness.

What was the impetus to make your new game Calculords?

I’ve always wanted to make my own game and wrote up a design doc for something I figured no one had seen before.

What were some of the problems that cropped up during the game’s production? 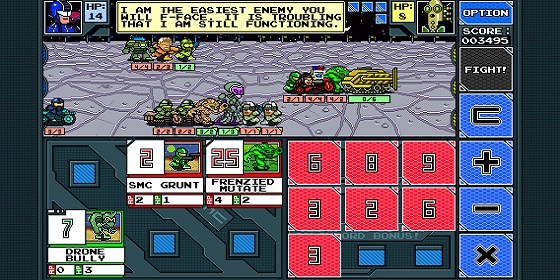 Our first programmer left the project while the game was an absolute wreck, and replacing him took a long time. It was my first game and I was inventing and re-inventing several kinds of wheels. It felt like I was constantly starting over from scratch.

Which aspects of this game do you feel are the strongest?

I’d argue the math in Calculords is a major innovation in card game resources. I set out to make a game where you played cards using something more interesting than a pile of magic or trees or whatever. I like when a game makes me feel both smart and stupid, and Calculords definitely does both of those.

As of this writing, Calculords is the bestselling In-App on iTunes. How satisfied are you with those results? 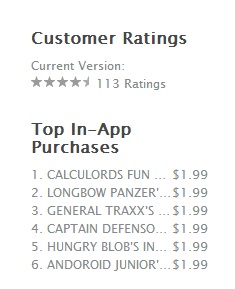 I really thought this would be an esoteric game enjoyed by only the fringiest of fringe nerds. I was pretty overwhelmed with the positive response we got from people of all walks of life. I’m as happy with this game as I’ve been with anything in my entire career.

What can fans expect from you next?

First, we are working on all kinds of improvements and expansions for Calculords. After that, I’m starting in on my next game, a mysterious adventure too ludicrous to attempt describing. 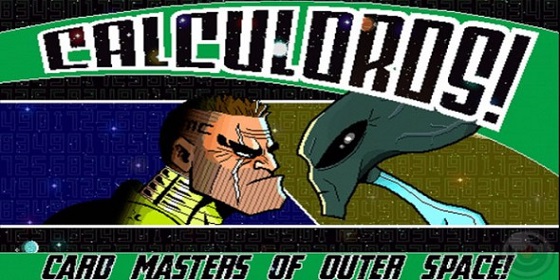