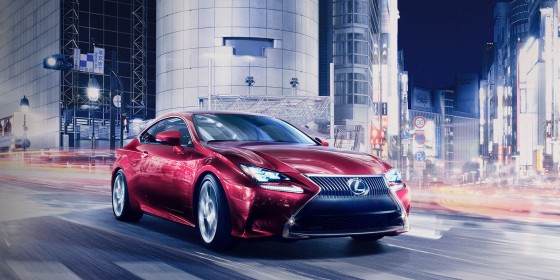 Lexus is set to debut their newest model at the Tokyo Motor Show this week, and we have a preview for you today. They call it the RC Coupe, but sadly it does not appear to be radio-controlled as the name might infer. It is the latest in the Lexus line of alphabet soup, but we think you’ll agree it’s strikingly badass. Who says a Lexus needs to have four doors? 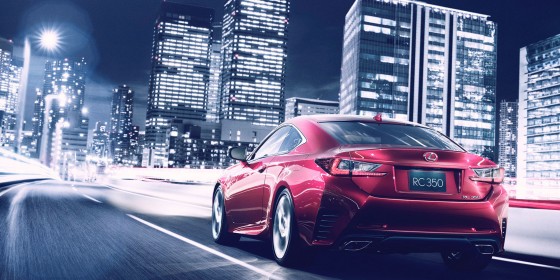 Two RC models will be on display this week, the RC 350 with a 3.5-liter V6 engine, and the RC 300h hybrid with a 2.5 liter engine. We may have found our new favorite Lexus, and we can’t wait to get behind the wheel of one.

The RC line brings to life the luxury marque’s focus on emotional appeal through a dynamic and alluring two-door coupe. It has been developed to raise the brand’s profile with a broader audience and new-to-Lexus customers. It injects emotional appeal into the Lexus DNA that is synonymous with build quality, refinement and reliability. 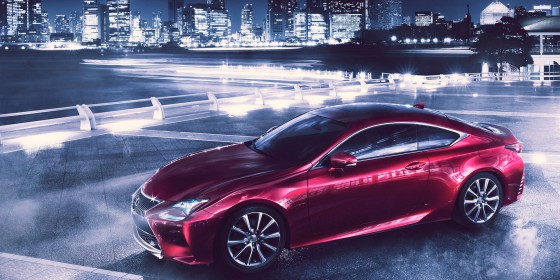 Lexus designers have infused the RC design with deeply contoured lines never before seen in the Lexus line-up. They have integrated the widest and lowest application yet seen of the Lexus spindle grille. Triangular headlamps evoke the sporty characteristics of the LF-LC styling while concept vehicle inspiration is evident in the unique three-lamp LED design. At low beam, the lamps adopt an L-shaped pattern as an expression of the Lexus identity. The sharp, thin design of the rear combination lamps adopts the symbolic Lexus L-shaped motif. 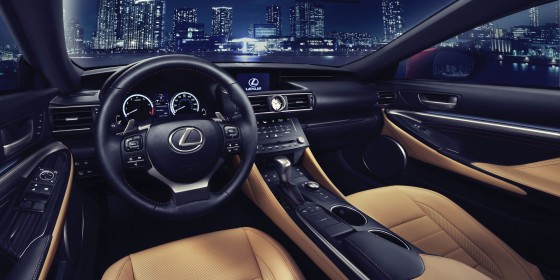 Highly acclaimed sport concept vehicles have greatly influenced the interior of the RC coupe, with maximum use of contrasting colors, materials and lighting. A purpose-built Lexus-first lighting package provides a great sense of occasion, with illumination that reflects upwards, rather than downwards, to envelop the interior. High contrast interior trim, including a new tone called Clove, emphasize design lines and accentuate the elegant cabin. Genuine shimamoku wood highlights – the result of an intense, layered wood production technique refined by Lexus – are used to emphasize the surrounding trim. 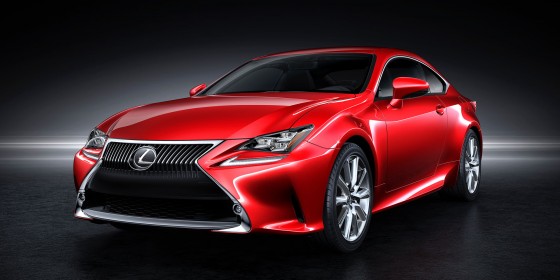 The RC Coupe is a 2015 model, and will be available in Lexus showrooms starting sometime during 2014. While full specs are not yet announced, it is expected to be most similar to the 2014 Lexus IS, which we drove in North Carolina earlier this year. We welcome the return of the Coupe to the Lexus lineup, and we’re willing to bet this one will be a huge upgrade over Top Gear’s Worst Car Ever, the discontinued SC430.