Last week we told you a bit about P&G’s Blogger Fantasy League, and how I, your humble editor, will be will be representing Team Old Spice and vying for a trip to the Super Bowl and a $10,000 Play 60 charitable donation. So this past Thursday I ventured to NFL Headquarters in New York for the draft. The NFL offices were about what you’d expect, with memorabilia and photos lining the walls of the offices. I was slightly disappointed there weren’t random mascots roaming the halls like at ESPN, but it was still pre-season. Below I have a few photos from the draft, but you can see many more on Flickr thanks to league mates Matt Sebek and Brian Basset. 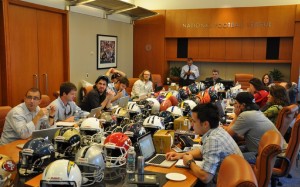 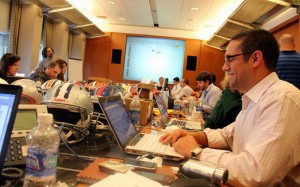 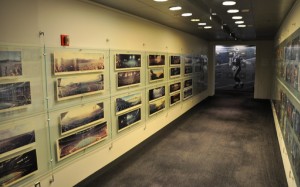 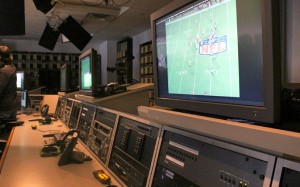 As for the draft, we ended up with the 9th pick in the twelve team league, which was far from ideal. Rather than give you a full recap of the draft proceedings, I figured I would just give you a link to the Draft Results and League Page so that you can see the teams for yourself. I would like to present our team in slightly more dramatic fashion though. So below I offer up Team Gunaxin for your scrutiny. Let us know in the comments how you think I did. 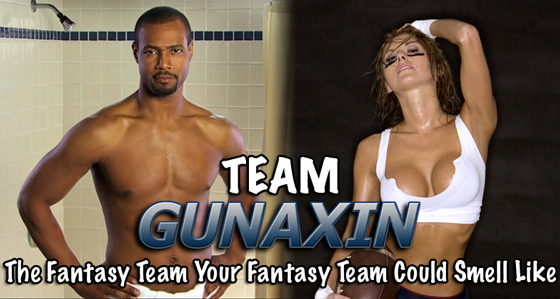 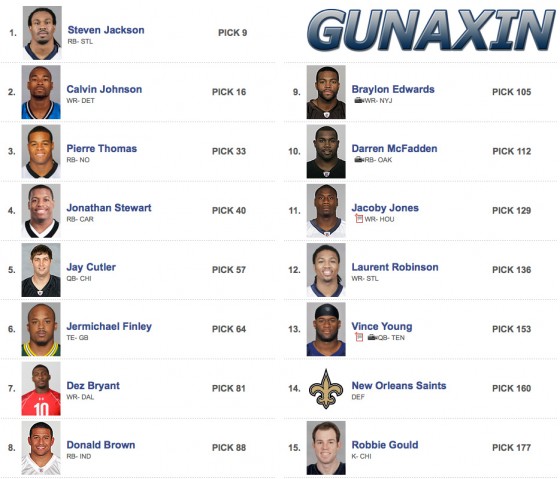