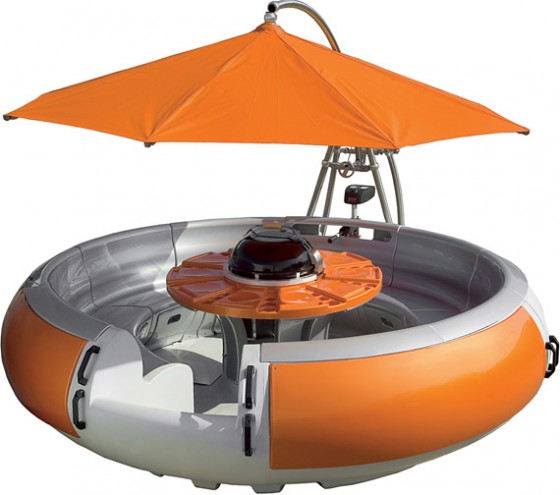 Now is that not the most awesome party boat-thing you’ve seen all day? The iRev (Interactive Recreational Entertainment Vessel) from Motothority seats 10 people, though that’s max capacity so 8 is probably a more reasonable number. It features a “low smoke charcoal grill” that appears to be modular (so maybe it can be swapped out for a stripper pole?), and a 2-5 horse power outboard motor, which would of course be the first thing you upgrade upon purchase. Speaking of which, it costs $24,000, so you’re sure as hell gonna have to live near a body of water to justify this – that said, it would look awesome in a pool. 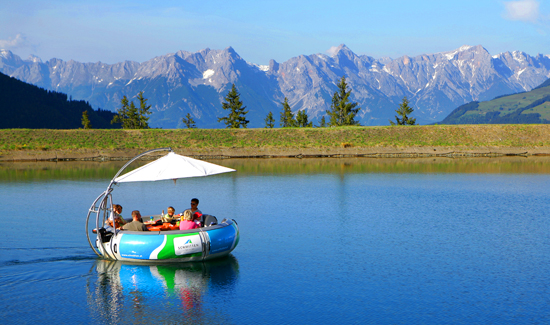 Mountains not included - you find your own damn vistas!

Then again, it looks pretty damn cool on the water as well. It’s meant to  have a battery life of between 8 and 10 hours, though presumably that depends on how many people and how much alcohol/bacon you take with you.

The only downsides appear to be the pathetic motor (because really, when you’re drinking beer and grilling burgers, you want to feel the wind in your hair) and the large gap at the front – that seems like it’s gonna make forward movement a damp experience in swells of… well, any kind of swells whatsoever. Basically, forget taking it to the seaside. 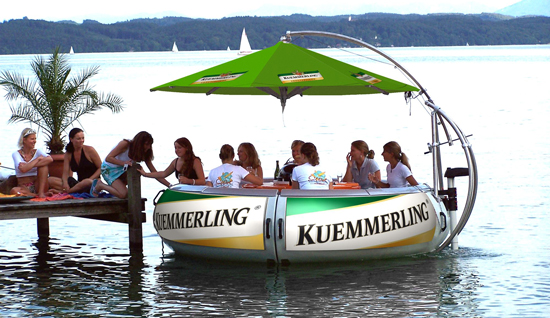 Other features include an optional audio package with: 500 watt speakers, an amplifier, satellite radio, and an mp3 connection.You also get an umbrella and some ‘storage bins’. What are you waiting for?!