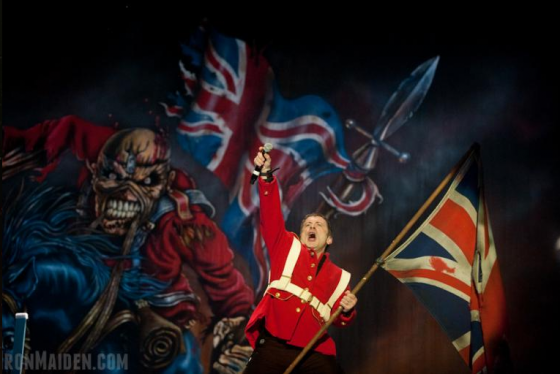 It’s not the 1980s anymore, but it would be hard to tell for concert-goers this summer as the hair bands of yesteryear continue touring and bringing in the crowds. At Jiffy Lube Live in Bristow, Virginia on Saturday, Iron Maiden and Alice Cooper shared a stage, because, dammit, they still play great music and we’re willing to pay money to watch them.

This year’s Maiden setlist for the “Maiden England World Tour” is heavy on Seventh Son of a Seventh Son, their seventh (duh) studio album which came out in 1988. For longtime fans, this is ear candy, but for the twenty-somethings who only discovered the band in the past dozen years as it put out four spectacular albums, these might as well be new songs.

Kicking the show off with “Moonchild” and “Can I Play With Madness,” Maiden sprinkles its Seventh theme throughout the set. The song “Seventh Son of a Seventh Son” is the climax of the theatrics, which includes a smoke, light and flame show that gives off a highly religious aura, especially when Bruce Dickinson speaks the prophecy in front of a Buddha-looking Eddie. It’s not just a concert anymore as Maiden transforms the venue a heavy metal monastery. They also play “The Clairvoyant” and “The Evil That Men Do,” but not in the order from the concept album, which would greatly confuse those trying to follow along (yes, I’m kidding, especially since they skip three less-popular songs on that album).

The Number of the Beast songs make a middle-of-the-show appearance, including that one about ‘666’ (what’s it called again? Oh, “Number of the Beast”), the rarely played “The Prisoner,” and “Run to the Hills” (a song awkwardly missing from their Final Frontier setlist two years ago). We should note that this is where the 12-foot Eddie makes an appearance, this time in the role of the white man.

Another crowd pleaser played (though hardly a sing-along) is “Phantom of the Opera,” complete with an organ and a masked dude playing it. There aren’t too many other surprises, just “Aces High,” “2 Minutes to Midnight,” “Iron Maiden,” “Wasted Years,” and the closer, “Running Free.” One glaring song missing from the set was “Hallowed Be Thy Name,” but they’ve played that to death.

Maiden does make one questionable choice: In Bristow, Dickinson gave an extended intro about the pitfalls of war as a segue into… no, not “The Trooper,” which everyone was expecting, but “Afraid to Shoot Strangers” (and yes, they played “The Trooper” afterward). The extremely slow intro was the queue for a noticeable chunk of the crowd to take a beer/bathroom break, while even longtime fans found themselves shrugging at the selection. This and the crowd chant-along song “Fear of the Dark” are the only two songs they play from the ’90s on this tour.

As for the 64-year-old Alice Cooper, his senior citizen status is hardly apparent as he plays such hits as “School’s Out,” “Feed My Frankenstein,” “No More Mr. Nice Guy,” “Hey Stoopid,” “Poison,” and “Billion Dollar Babies.” But it’s still hard not to chuckle when he’s screaming “I’m Eighteen!” No, you’re not, Mr. Furnier. He also somehow survives his own beheading.

Other older bands making the rounds this summer include Aerosmith, Def Leppard and Poison, Motley Crue and KISS, and Rush. Folks, see these bands while you still can, because any one of these decades is sure to be their last. 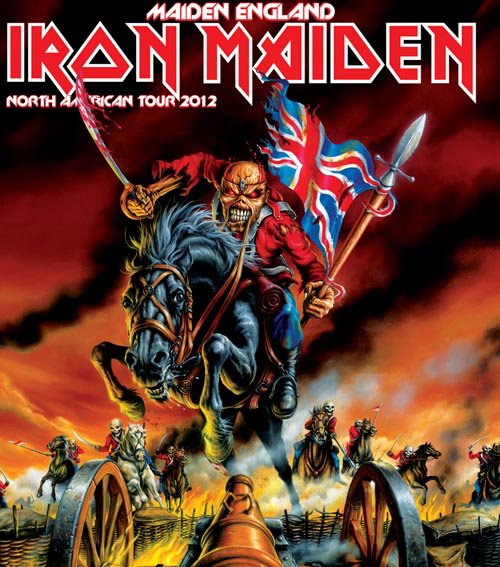