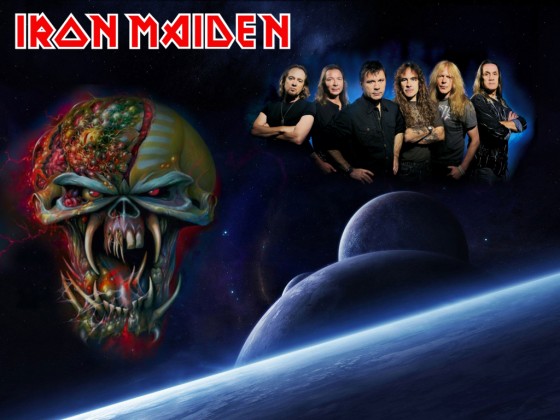 Iron Maiden has been on a role since Bruce Dickenson’s return more than a decade ago, releasing a trio of excellent albums that have lured a new generation of fans. The Final Frontier, their latest – and hopefully not last – album since Maiden 2.0 launched certainly adds to their legacy of being arguably the greatest metal band ever, despite treading the same ground they’ve been before.

The album opens with “Satellite 15,” one of the most intense, momentum-building intros Iron Maiden has conducted in years, before changing up midway through to the album’s signature song and space anthem, “The Final Frontier.” Next up is “El Dorado,” a song released months ago and played on Maiden’s 2010 world tour, which is another to add to the Iron Maiden favorites playlist. While these are the better songs on the album, and obviously released early to build more buzz, the rest of the album has gems as well. And within many of those songs are even better guitar hooks that sweeten things up like an instrumental chorus.

If there’s anything to criticize, it’s Maiden can be a bit predictable when it comes to music that sounds too much like their other music, particularly “When the Wild Wind Blows” – a great song for sure – but didn’t we hear it on their album from four years ago? And like their last album, A Matter of Life and Death, Maiden focuses on writing long, epic songs with Maiden-esque titles such as “The Alchemist,” “Isle of Avalon,” and “The Talisman” that tend to bleed together when listening to the whole album from start to finish. But should we be critical of that? No. Just enjoy it.

Maiden as of late also tends to write music that listeners might not fully ingest upon their first listen. While this can go for just about anyone, it’s easy to go from “Huh?” to “Awesome!” once these songs start sticking out on their own and the listener separates the more creative aspects of the music from the routine.

Iron Maiden didn’t necessarily break new ground with their 15th studio album, but The Final Frontier is relevant and well worth the wait.

Buy The Final Frontier from Amazon.

Also read: A Tribute to Eddie