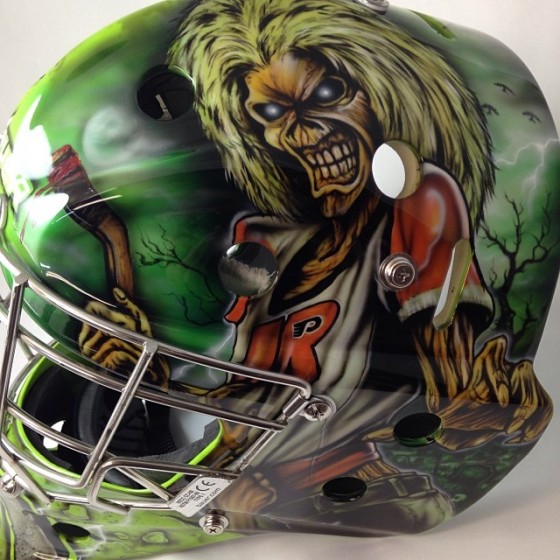 Iron Maiden is one of the best heavy medal bands of all time. Hockey is one of the greatest sports of all time. So naturally, hockey Troopers will do what it takes to pay homage to their favorite band. This typically involves the goalie mask, since the goaltenders are free to be creative on their headgear.

The photos of Eddie in a Flyers jersey on a green goalie mask come from paintzoo. Check out more cool masks on here, including one with Yoda from Star Wars. 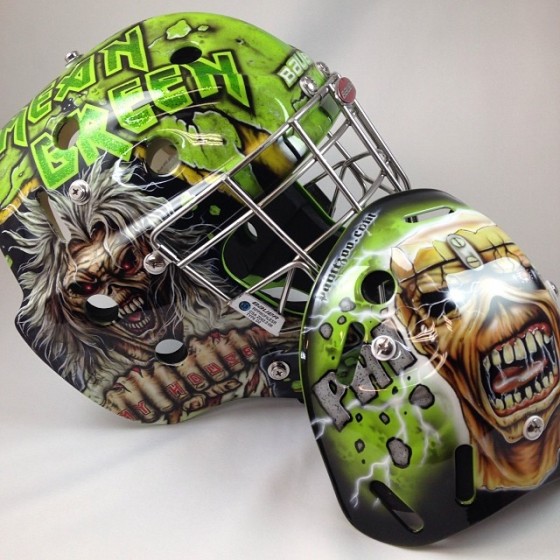 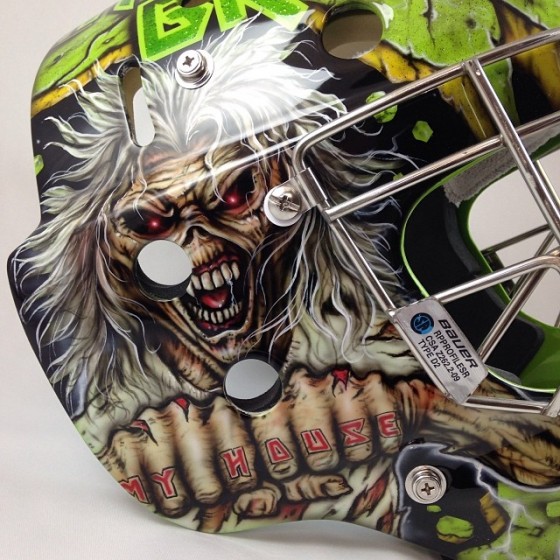 Former NHL goaltender Chris Mason had a couple of Iron Maiden masks, including this Aces High one from the 2011-12 season, when he played for the Winnipeg Jets. 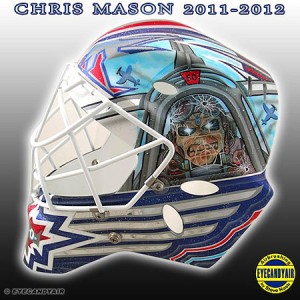 Here’s Mason’s ‘Powerslave’ mask from 2012-13, when he played with Nashville. 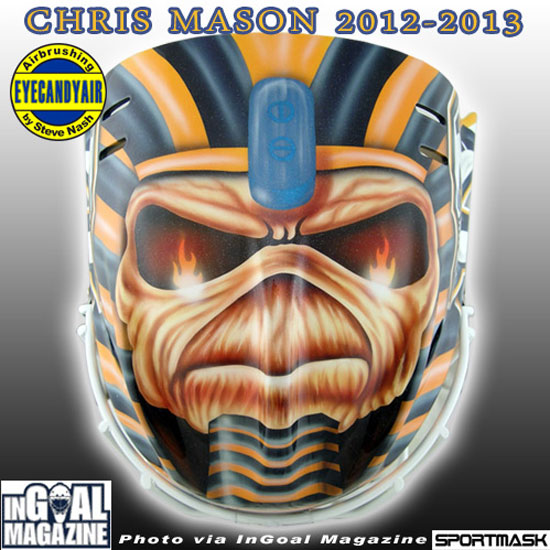 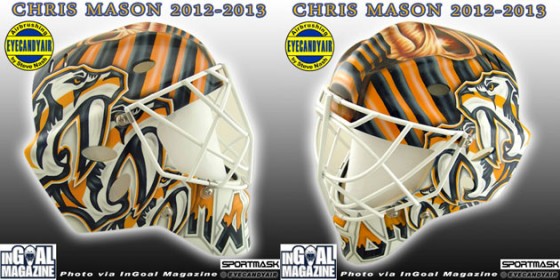 Former NHL goalie Roman Turek is another Maiden fan who incorporated the band into various masks. 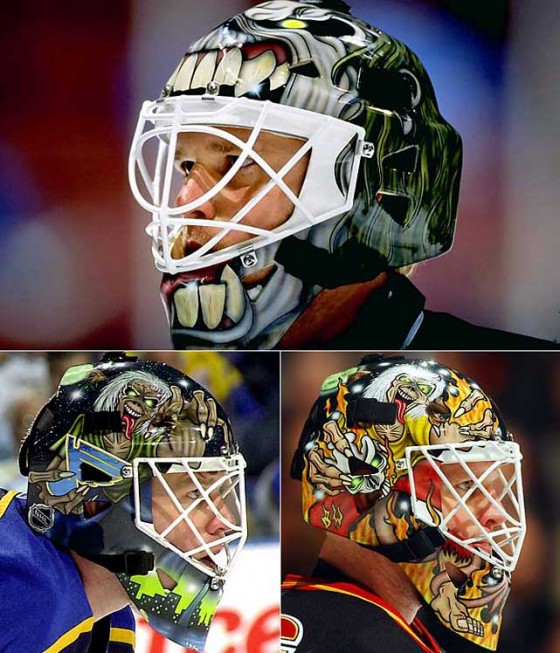 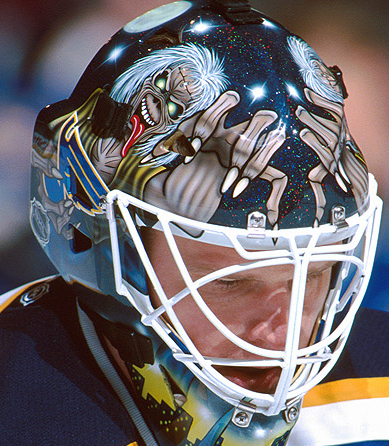 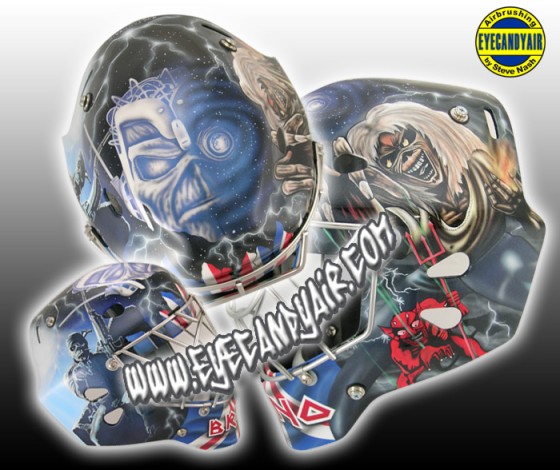 Here’s one with Eddie as a Clansman, via www.sylabrush.com 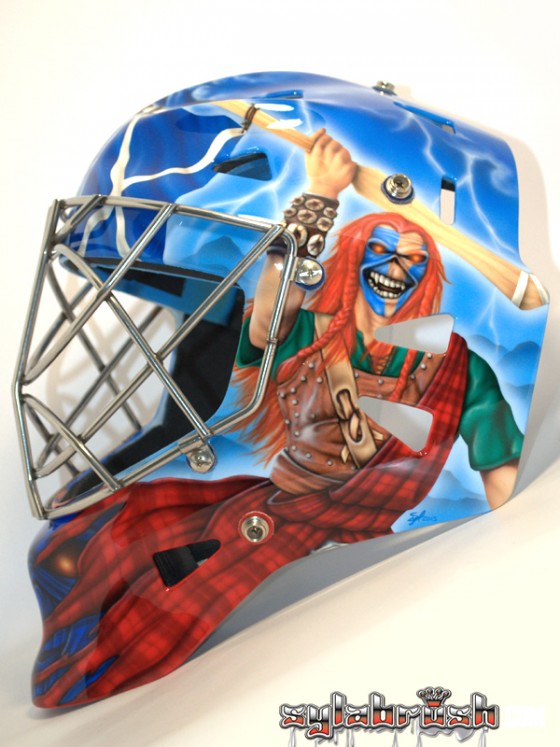 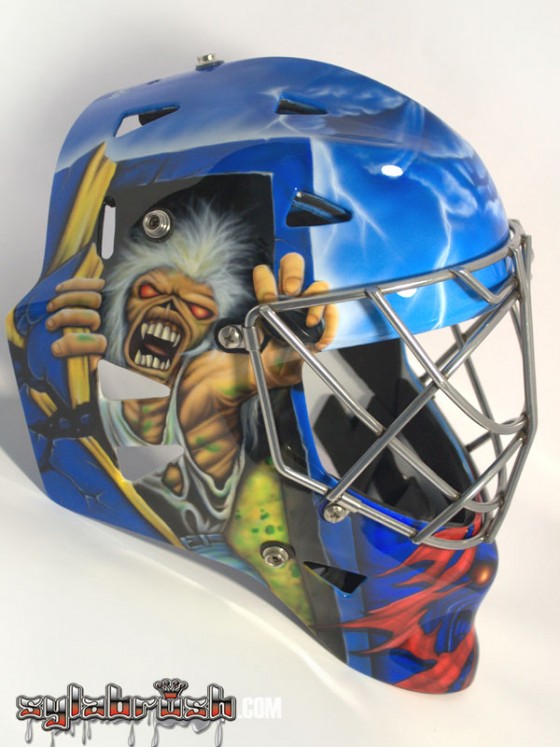 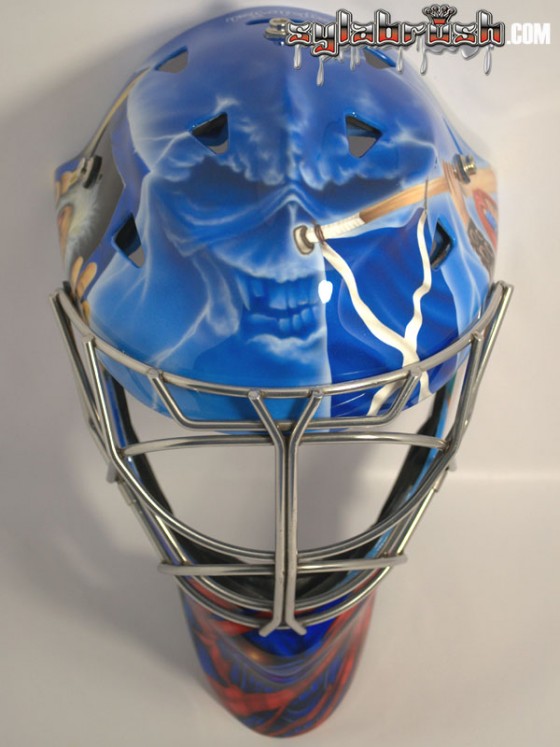 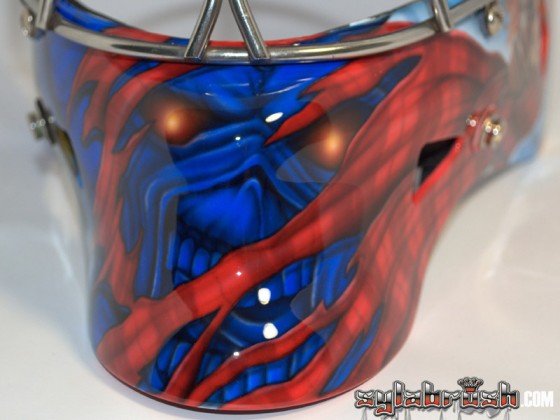 And another based on Powerslave: 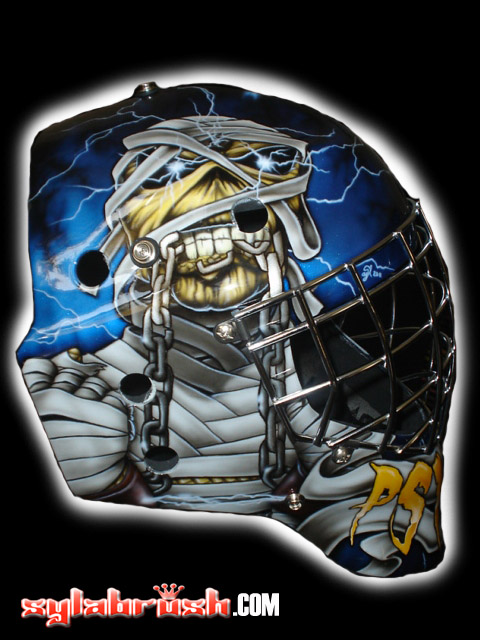 And again (based on the album Live After Death): 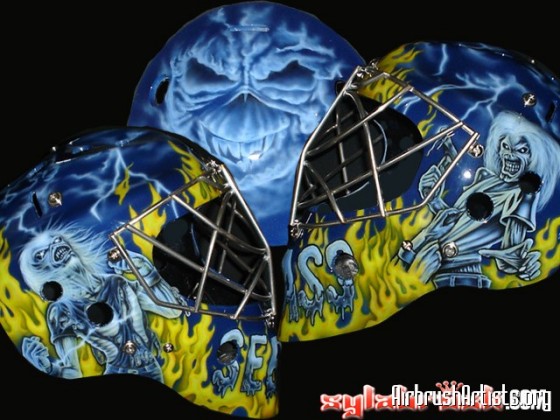 As for team names, we found one: The Iron Maidens play in a senior women’s hockey league in Michigan. Now, onto the custom jerseys: 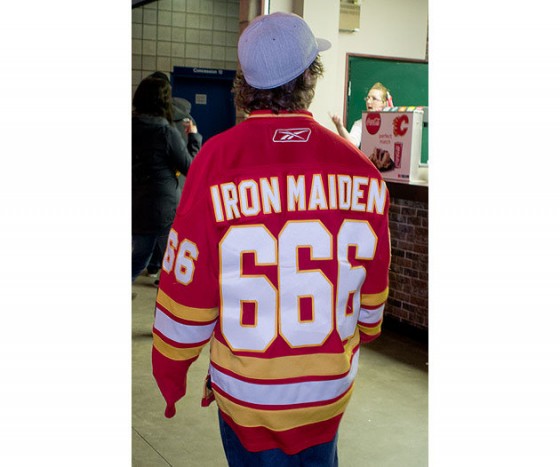 Our friends at Puck Daddy call this a jersey foul but this sooooo isn’t.

,This is a limited edition shirt from the Somewhere Back in Time tour, depicting Eddie as a Canadian hockey player. 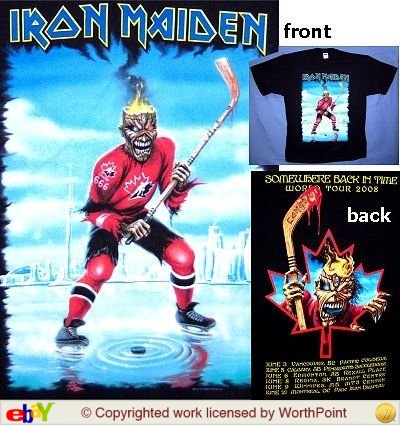 There’s a former hockey player named Alan May, who is currently a commentator for Comcast in Washington DC, for the Washington Capitals. Our Twitter friend @mkpanda78 made this: 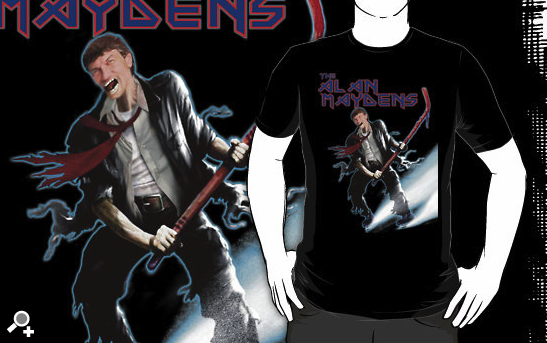 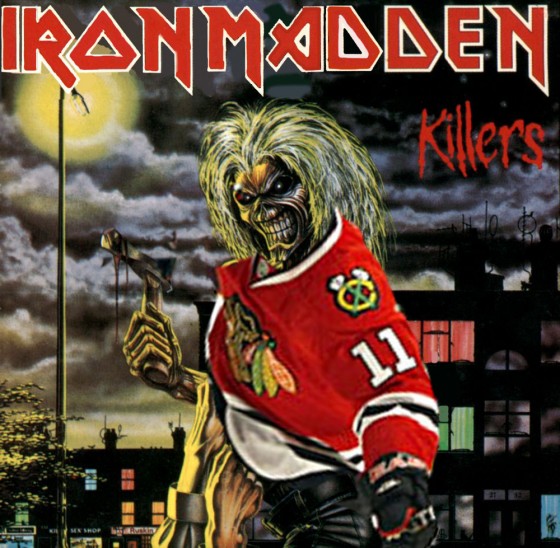 Eddie in a Blackhawks jersey. Cause THAT’S what team he’d root for. This is via secondcityhockey.com.

This is from MonsterMoose at Deviantart: 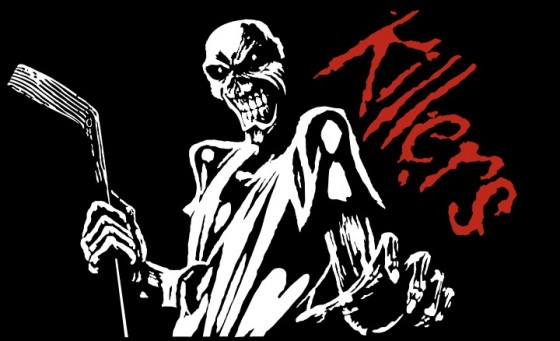 For more on Iron Maiden, see Gunaxin’s Tribute to Eddie.

And now, let’s listen to some Maiden with a montage of hockey. Here’s Deja Vu.