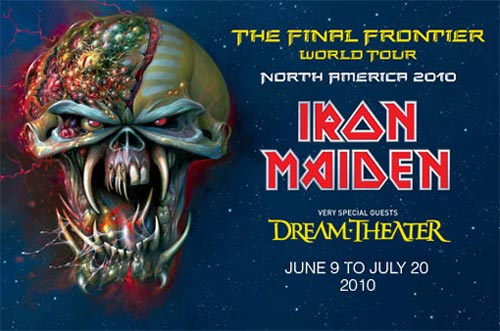 The best band in the history of the universe has announced their new album is called The Final Frontier, which shares the same name as Star Trek V. The album is due in stores at the end of the summer, just after the band’s North America tour.

Iron Maiden has been entertaining us for years, and The Final Frontier sounds like something Maiden would name an album. This isn’t to be confused with “The New Frontier,” a song off of Dance of Death.

What can we expect from Dickinson and company? Considering their track record over the past decade, which includes the home run albums Brave New World, Dance of Death and A Matter of Life and Death, this could quite possibly be another phenomenal album.