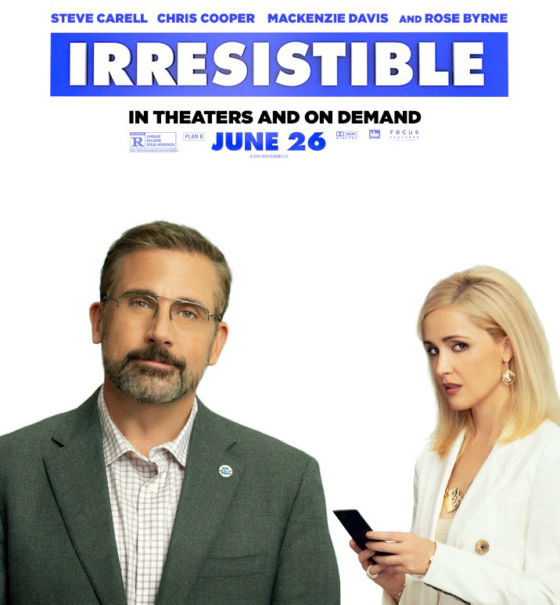 2020 is a monster. Our culture, collective health, and politics have swung so wildly since the onset of COVID-19, each month’s news cycle containing more than a year’s worth of content, making one drop their jaws at the fact that it’s only June. In the midst of political, racial, and social turmoil comes writer/director Jon Stewart’s rip-the-Band-Aid-off comedy, Irresistible, which swings its fists wildly at the election process and the ingrained prejudices hammered into us by whatever media we choose to consume. 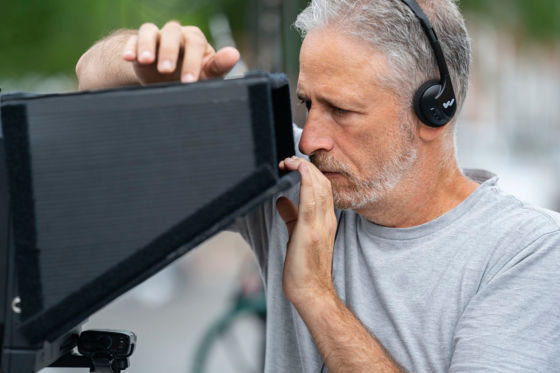 It is a broad brush Stewart paints with, using fast-talking spin doctors whose only goal is to gin up whatever discord they can in a vain attempt at winning a numbers game. At times, Stewart gets very heavy-handed with how molehills get turned into mountains, yet it’s excusable because that’s exactly what we’ve turned into: people hungry for the next slip-up. The next fumble. The next “gotcha.” Irresistible itself is a slam on how we as Americans have entrenched ourselves into wanting and believing the worst out of our public figures instead of hoping for someone to do the right thing.

George Carlin said it best in his Jammin’ In New York special: “This is the best we can do folks. This is what we have to offer. It’s what our system produces: garbage in, garbage out. If you have selfish, ignorant citizens, you’re going to get selfish, ignorant leaders.” But what’s behind these leaders, propped up on stages and fed the right keywords at the right times to make the right impression to the right number of people? Do these candidates really believe in the words they say and the images they project, or is it a desperate attempt to grab onto your pen hand when you go into the voting booth on the first Tuesday in November? 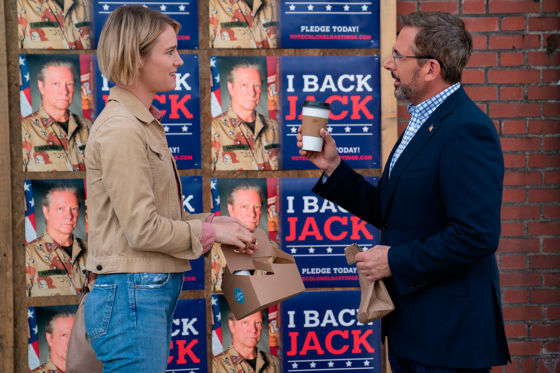 Irresistible isn’t so much a comedy as it is an unfiltered look at how the public is treated every four years when election time hits. Big markets are attacked with polarizing messaging and the smaller communities are paid a token visit to show that the candidate really cares about them. That is, until they win, with these small towns forgotten almost immediately after. It’s also a satirical take on how image is more important than substance, more concerned about looking better and getting more campaign money than the other guy, not about how they’re ultimately going to take care of their citizens. 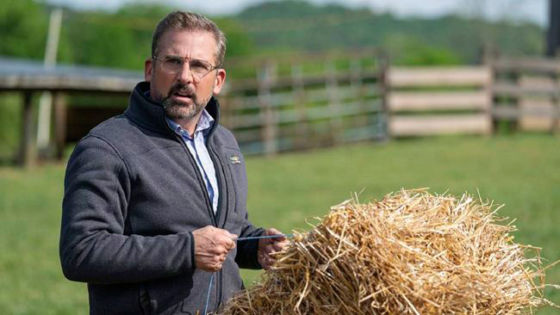 So much of what campaign manager Gary Zimmer (Steve Carell) does in this movie is focused on evolving small-town farmer Jack Hastings (Chris Cooper) into the viral video hero he’s suddenly become. Gary, of course, is written as a slick-talking huckster who rolls with each punch as if it’s in his candidate’s favor, no matter how damaging it might be to Jack. Then again, Jack had no intention of entering a simple mayoral race in his hometown of Deerlaken, Wisconsin; he was just caught on camera at a town hall meeting, sticking up for immigrant rights using language appealing to the military and religious ideals which seem to hold the hearts of American voters everywhere. 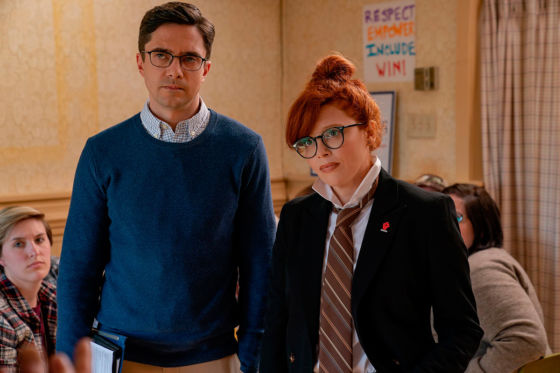 Shown as having run Hillary Clinton’s 2016 election campaign, Gary’s looking for a way back into the game. When this video gets his attention, he immediately jumps at the chance to make Jack a small-town Democrat candidate, pulling his vast team full of analysts and number-crunchers into Jack’s corner. However, he’s more interested in trying a strategy out, not really caring about the people of the town, much less speaking with them (instead of to them) or learning their names. Inserting himself into this situation is like bringing a rocket launcher to the neighborhood kids’ Saturday afternoon water gun fight; the disconnect is painful and obvious, and it’s unsettling how his demeanor clashes with the close-knit community he’s about to blow up.

But that’s the point, isn’t it? American politics have boiled down to decision-makers who have no interest further than merely using genuine societal problems as sound bites. It’s absolutely infuriating how Gary talks to the people of Deerlaken, using condescending, dishonest patter to get someone – anyone – on his side. His opposite, fictional Donald Trump campaign manager Faith Brewster (Rose Byrne) enters the fray just to get under Gary’s skin, playing with the lives of an entire town so she can grind her heel into Gary’s face (among other explicit demands). Simple lies are made fact, with Gary mourning the mere act of a rival saying something on the news which will be treated as truth by the media. 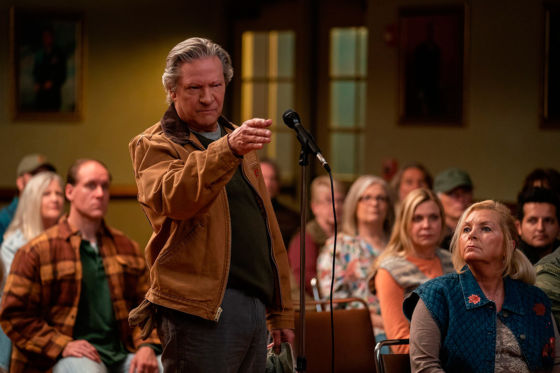 Quite frankly, Stewart’s aim is to disgust us and to urge us to do better. When we see the final card being played by its holder and as the end credits run, we wonder if anything will change, but Stewart has enough sense to let us know that systems are in place to unfortunately keep things the way they are. It’s a reflection of how utterly hopeless and cynical we’ve become, to not put any trust in our leaders or what they say they’ll do to improve our country. However, the people of Deerlaken – a metaphor for America at large – still have their good intentions and good hearts guiding them, holding out as long as possible against these big-city interlopers for a chance to do the right thing, and so should we all.

Quite frankly, Stewart’s aim is to disgust us and to urge us to do better.