Here’s the thing about Stephen King’s It: the book is epic both in length and content. Its pages boast a sprawling narrative which forces you to keep up with each of its leads; while King doesn’t make it difficult, he doesn’t make it easy, either. To the film’s credit, Andy Muschietti’s directorial efforts and Gary Dauberman’s scriptwork succeed in fitting the best of King’s novel into the 304 minutes which span this two-film adaptation. The second installment carries more ground to cover in its 169 minutes; even then, much of the nuance is colored by memories of King’s novel, fans of which will definitely come out better at the end of it all. 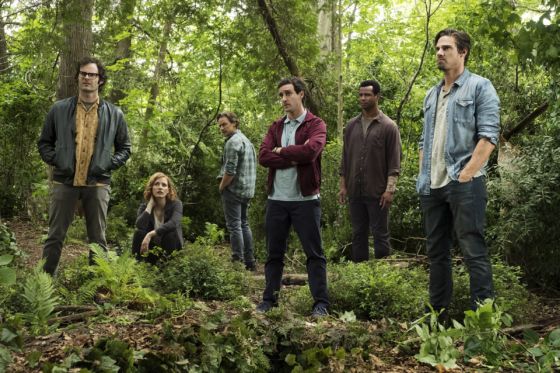 It Chapter Two captures the supernatural-tinged drama and horror of its origins while inventing new surprises and characterizations for those expecting the familiar. Some of these changes are purely for cinematic effect and put the film at odds with the novel, with the biggest changes coming in the final thirty minutes. Other rewrites are omissions, hinting at what the book and the ahead-of-its-time telefilm so easily covered with just a few lines or actions. For the most part, the bulk of the important ideas and themes King put into his novel have been translated well to the screen. 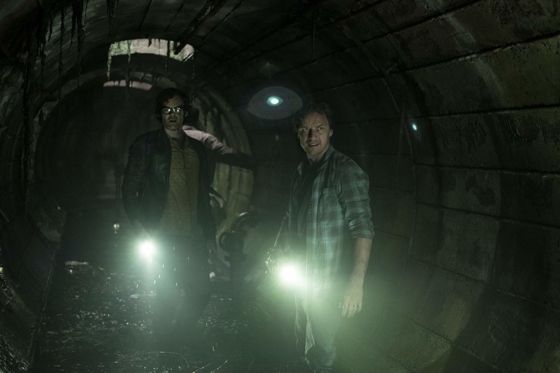 The fountain of evil in the township of Derry’s cavernous depths has awakened once again, starting another season of fear and death which the seven members of the Losers’ Club promised to come back and fight as adults. Now, 27 years later after their fateful run-in with It in 1989, Mike Hanlon (Isaiah Mustafa) finds a grim calling card on a bridge pile signaling the evil’s return and willingness to put them in their graves. The blood in which “COME HOME” is repeatedly scrawled belongs to the film’s first victim, a gay man named Adrian Mellon (Xavier Dolan) who’s just received the mother of all beatings from four of Derry’s violent young bigots. This particular scene starts the book itself, with It Chapter Two’s opening featuring an almost-word-for-word, blow-by-blow recreation of the text. 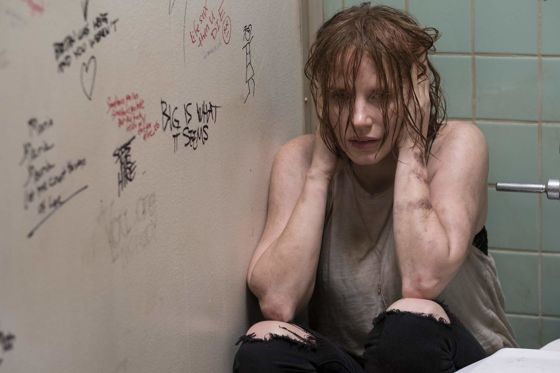 The faithfulness with which this scene was recreated gives the novel’s fans hope for a glimpse of the terrors which have plagued countless nightmares since its release in 1986. Other scenes carry the same attention to King’s detail, but few rival the gut-wrenching horribleness of witnessing Adrian’s destruction. Another layer of dread is piled on when one realizes that this kind of gay-bashing, which was sadly considered de rigueur in the 1985 setting of the novel, isn’t too terribly out of the realm of reason in the film’s present-day milieu. We still fear the unknown and anything pushing us outside our comfort zone, which gives rise to It and the madness which It wills the weak to perpetrate. It – capital-letter It – is fear itself, simultaneously being fed by and becoming a personification of fear. The endless cycle of our baser natures keeps fertilizing its growth, spreading into the marrow of each person It touches. 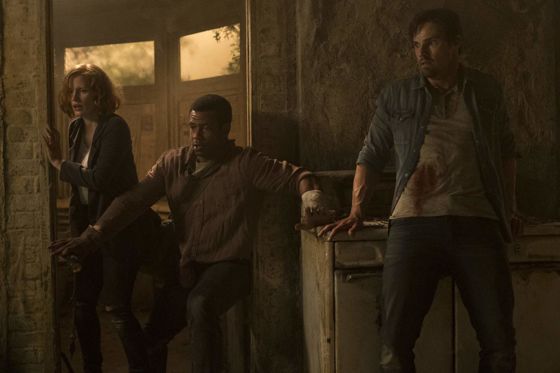 Dauberman’s screenplay oversimplifies the very nature of the Losers’ fight against It. The film’s entire ethos runs on the strengths of memories and a childhood promise, instead of fully acknowledging the attributes which each character wields as their particular weapon. Another drawback is that the film glosses over how much their triumph has changed each of their lives. Little inference or outright declaration is made of their later-life success, and nothing is mentioned about how each of them has remained childless, two indelible imprints of the scar It gave them as children. 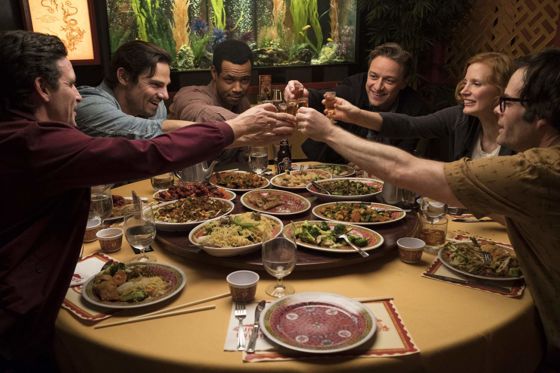 As adults, the Losers are gamely played by James McAvoy (Bill), Jessica Chastain (Beverly), Bill Hader (Richie), James Ransone (Eddie), Jay Ryan (Ben), and the aforementioned Isaiah Mustafa. As seventh Loser Stan, Andy Bean isn’t given much screentime for reasons which become obvious in the film’s first act, but his presence hangs over the film like a shroud, giving Stan an almost spiritual effect. However, Dauberman’s screenplay doesn’t give them much to do besides be brooding and panicky, with the unfortunate end of the stick going to Mustafa, who isn’t given much direction other than to be the twitchy hermit. 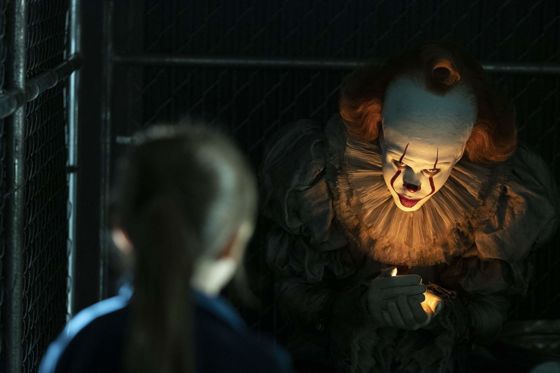 Because of the film’s length and the story it must tell, we’re knocked about like riders on a roller coaster through vignette after vignette of the adult Losers rediscovering their past and their hometown. It’s a function of the book as well, but the brevity with which each expository scene is thrust upon us doesn’t give us much time to truly feel at home with this iteration of the characters, so simply and beautifully done with their childhood counterparts in the first film. As the Losers’ mortal nemesis, Pennywise (Bill Skarsgård) no longer dominates the proceedings, giving way to other manifestations of the overexplained evil which forms Derry’s bedrock, which all at once opens the doorway to unexpected frights and causes the film to lose a bit of mystique. 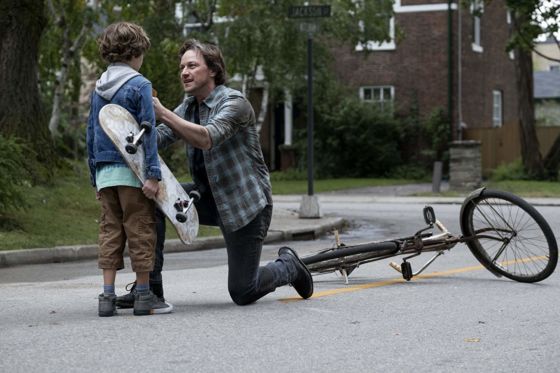 The script chooses the path of red herring after red herring, which eventually unravels by ill-planned action. Once the big climax starts, the film starts to fall apart, as if Dauberman doesn’t know what steps to take next or how to best differentiate his version from the novel or the 1990 telefilm. For being such a legendary evil, it takes an awfully simple and brutally mundane task to defeat It, which turns the gigantic showdown into a gigantic letdown; this dumbing-down of the novel might be a hard pill to swallow for the novel’s fans. Wisecracks are made throughout the film about how Bill, a successful author, cannot seem to write good endings, and one can’t help but wonder whether it’s an attempt at a cop-out or foreshadowing. 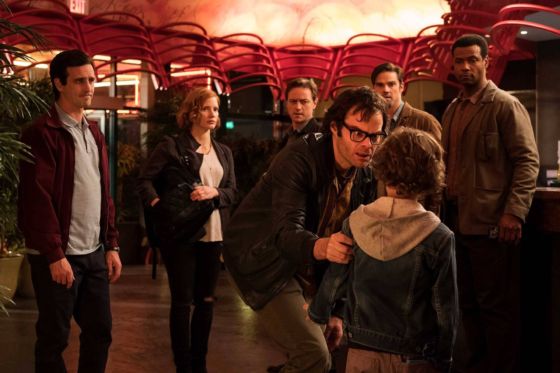 However, It Chapter Two is buoyed by its performances, led not by James McAvoy or Jessica Chastain, but by Bill Hader who practically steals this film away from the others. It’s rather strange, seeing as how McAvoy’s Bill is supposed to be their leader, but we’re drawn more to Hader’s Richie through both his personal story and Hader’s winning portrayal of a stand-up comic stuck in a decidedly non-comic situation. Jay Ryan does his best as the obese-turned-hottie Ben, but he’s stuck in the role of side banana to Bill, his unrequited love for Beverly merely leading to longing glances and heavy sighs. These performances keep the film from being a total strikeout; while it’s not the walkoff homer it wants to be, it’s worth a few bases earned.* 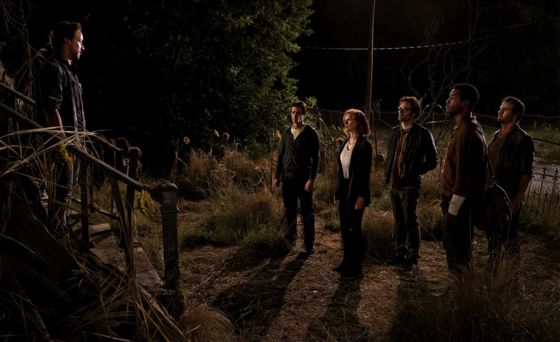 At least Andy Muschietti and editor Jason Ballantine have the good sense to keep things moving, for better or worse. There’s not a quiet moment to fully appreciate the scope of the damage done, but something’s always happening, whether it’s the leper from Neibolt Street attacking Eddie or a Paul Bunyan statue come to child-endangering life. But the lack of leadership in Bill or Mike – the latter portrayed as a man who’s barely hanging on – also translates to the film itself. It Chapter Two often feels directionless with no hand beckoning us to come along. The long running time may be jam-packed with action, but there’s no suspense or palpable unease, as if It lost its sense of fear and lamprey-like bite in the two years since the first chapter.

(* – Special thanks to Mireya Pasa for this analogy.)

It Chapter Two may not be a walkoff homer, but it's at least worth an earned base or two.