It’s The Christmas Season and You’re a Crappy Parent 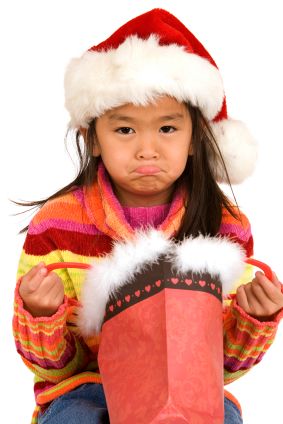 And so begins the life-long loathing of this little bitch's parents.

Well, it’s officially the Christmas Season and a mere two weeks away from every child’s favorite holiday, how about you, as a dad, don’t completely screw it up. OK? We know you attempt (often feebly) to mean well, but more frequently than not, you come across as a total douche bag who will, without a doubt, allow is or her children to get completely made fun of at their collective schools. Yep, your fault. Why is this happening? Why do your kids come home all downtrodden and morose because every child -be them preps or worthless nerds- points and laughs at your choice of clothing and/or haircut and/or odor? Again: your fault. So, just once, this year for the Christmas Season, let’s try to act like you might still retain a little bit of that coolness you still claim you once had when you were younger. How (you’re likely asking yourself)? Well, let’s start with the gifts you are going to purchase your kids, and we’ll see what happens.

Video Games
Nobody wants to learn instead of killing bad guys.

OK parents, listen up. You have, perhaps for the first time in years, the widest variety of video game options for your child this year, which also happen to come with some of the cheapest price-tags ever conceived. So, as such, you have absolutely no excuse to purchase your child anything less. Yet, since you are all a bunch of clueless tools, there are still ways within the game-buying community to screw this up, too.

Inexplicably, each year, certain companies sneak in under the radar and attempt to sell those outside of normal knowledge circles games that feature ways for your kids to learn. Were you never a child? Were you never completely pissed as said child when your mom or dad got you a bunch of lined paper and pencils for Christmas? Yeah, you were, and you hated every second of it. So don’t hate on your kids retroactively and at least try to be kinda awesome. Things like Leapsters are the real culprits. They masquerade themselves as fun and entertaining when, in reality, all they are are excuses to get your kids to learn when it’s supposed to be fun play time! The Hell?

OK, pay attention: for the same price (in fact, even less if you can find them) there are things like Gameboy’s and PSP’s with tons of games under ten bucks! And these things are FUN! Shit, this year at used games stores -which pretty much pepper the landscape anyway- you can find every console for almost half price! Yes! Now you, too, can be the greatest parent ever and your kids won’t resent you when they tear into a board game or a Etch-A-Sketch! Your kids want to machine gun enemy soldiers, disembowel evil knights, and learn to play a plastic, four-button fake guitar! Be cool! Go get your kids what THEY want, not what YOU want them to have… it’s Christmas, you nob! 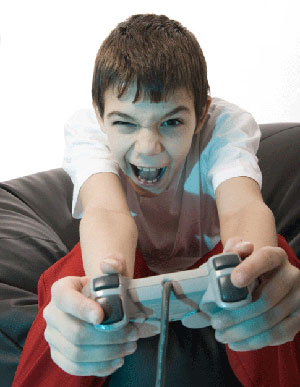 Toys
Wooden anything has been out since 1840

Step One: Get your ass to a toy store. If you live in any sizable community, you have a toy store… look, if you live in a community able to get you decent internet service that allows you to read this, you have a toy store. So go there. Look around, explore the aisles, peruse the shelves. See what’s there? Toys. Acres and acres of toys all of which some child in your family (potentially yours) wants really badly.
Step Two: Leave the store and go home. Sit down with your kids while they watch some TV and pay very close attention to when the commercials come on. I know, I know… typically this is the exact opposite thing you’d normally do, but who’s teaching who here? See when they point and plead whenever an ad comes on for dolls, action figures, race cars, dart guns, alcohol, dog food, and Ambien? These are the things your children want to have! This is the kind of thing you’d hear them talk about if you actually performed your parental duties and listened to them when they talk, you dumb ass!
Step Three: Return to the toy store with some kind of legal tender (see country in which you reside for examples of monetary units). Locate the very things your kid’s fawned over on the ads. Purchase said items.
Step Four: You’ve officially moved from dip shit to fifty-percent hero! Way to go, stupid! 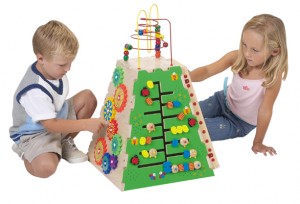 "Hey, sis! After I win this stupid game I'm going to kick your teeth out."

I don’t know your kids and, frankly, I don’t want to. I have three of my own to listen to, and that’s plenty. But what I do know is that your kids, if they’re over the age of six, know cool clothes when they see them. See those faded track pants and age-old hand-me-down Polo shirts you’ve got them sloppily dressed in now? Yeah, these are other reasons why your kids despise you. Kids want to look like other kids, especially from their schools, because these are the very kids who will scissor-kick your child’s crotch for wearing slacks and Cardigans. I’m serious. So, how do you handle this one? Well, first off, I wouldn’t, because I’m a guy. I’d pass the ball to my wife, and I suggest all of you married men do the same.

Now, I guess, see what they like to wear. I can assume jeans and T-shirts are good places to start, but since I’m about as fashionable as a transient, you’re putting your purchase ideas in the hands of a complete luddite. Now a days, kids are fiercely into one fashion click or another up to and including all-black Goth and Twilight ass hats, bright colored pre-pubescent metro-sexual kids and little girls, and dark jeans with white T’s and sleeve-rolled cigarettes. Right? I have no idea. This is why I defer to the mother of my kids in this instance. But the point is: your kids know what they want to wear and there’s no reason not to let them… well, unless your daughter wants a micro-mini skirt and your son wants high heels. If that’s the case, your ass went wrong somewhere. 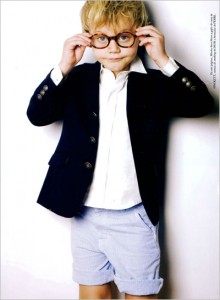 "And the Clark Kent glasses complete the dork ensemble. Time for school!"

Shoes
“I asked her for Adidas and she got me Zips!”

Shoes are a whole cultural and status-related symbol all to themselves. Unlike clothes, they do tend to last longer, but length of life really isn’t the issue. What is the issue is as simple as this: Coolness Factor. One year your kid could really want a pair of Jordan Nikes. Ya know, those 125 dollar kicks that make one human being richer and richer every time you slap down the cash. But hey, your kids want them, so you get them. Well, the appeal lasts for only as long as the enjoyment of the kids your child hangs around with.

So, maybe a month later, your kid now wants a pair of black Chuck Taylors. That could mean more than just coolness; chances are your kid is a closet emo dickweed, but that’s not my problem. So then that joy dissipates and now the damn brat wants a set of Doc Martens! WTF! Yup, them’s the breaks when you’ve got children in school. It’s all inevitable. But at least you strive to make your money sump with teeth as happy as possible, right? Well, this Christmas, it’s time to show your child just how much you understand how cruel and hostile school can be by giving him and her as many kick-ass kicks as you possibly can. See, you’re not an ass after all. 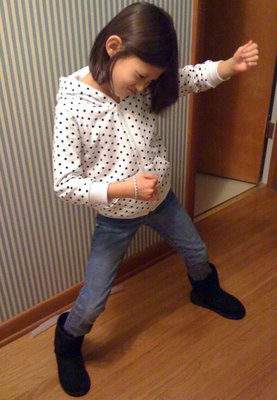 Boots so ridiculous even the Gypsies you hired won't take her