By Scott Tunstall on September 1st, 2011 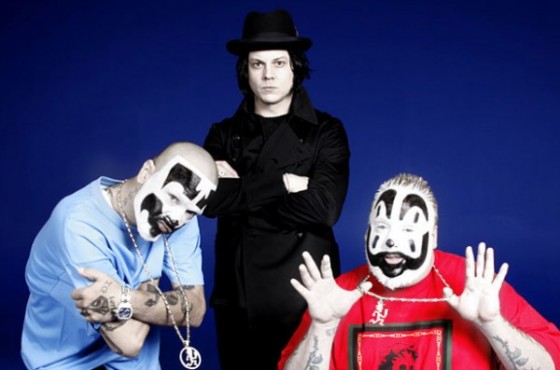 What you are about to hear is why I love the internet. Back in ye olden times when we relied on parchment inscribed with ink and far away people talking on a square box to deliver pressing entertainment news, something like Jack White and Insane Clown Posse covering a Mozart song about ass licking would’ve taken months, maybe years, to reach the masses. Now all it takes is a blogger dressed in a wife beater and baggy shorts eating Oatmeal Cream Pies to post it on his site and, voila!

Any attempt by me to describe “Leck Mich Im Arsch” (“Lick Me in the Ass”) would constitute a fatal error in judgment. Better to let this poetic masterpiece speak for itself.

And to think I used to point and laugh at members of the Juggalo nation. Shame on me. On a side not, how righteous is Jack White? My respect for him grows by the day. Between watching him outshine Jimmy Page and The Edge in the kick-ass doc It Might Get Loud to his hilarious appearance on The Colbert Report earlier this summer, I’m convinced the man can do no wrong. I bow to you, Jack White.